A few days ago a reader emailed Guns.com a video of his latest concoction: a staple gun modified to fire .410 shot shells.

In the hypnotic video, Clint Westwood shows off his DIY project, which looks like something you’d see in a sci-fi movie — but shiny and jeweled.

Westwood said other hobbyists tinkering with similar designs inspired him to build one of his own. 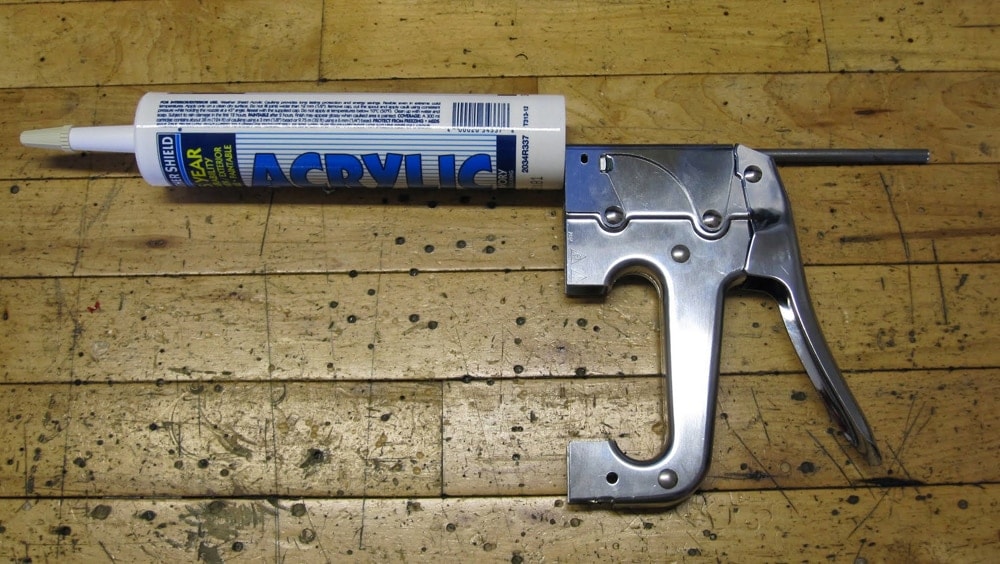 An early start to the project called the “Kaulkinator.” (Photo: Clint Westwood)

“I have seen a bunch of really crude adaptations on the net and decided to see how far I could take it with minimal tools,” he said. “The early start to the project reminded me of a caulking gun, hence the moniker ‘Kaulkinator.'”

The design is mostly made of low carbon mild steel and uses a barrel made of 1045 carbon steel. Westwood said he decided to chamber it in .410 to keep the weight down and for safety precautions. The result?

“The thing is a blast to shoot. It’s as louder then a 12-gauge shotgun with those short barrels. The gun weighs 5 pounds so the recoil is not a big deal. It’s not ergonomic with the grip angle, but with a two hand grip or one hand steadying the barrel, it’s okay,” Westwood said.

“I get a big giggle whenever I pick it up. I’ve mentioned many times that’s it’s cartoonish. I can see this kind of thing being pulled out by Yosemite Sam.”

For more about the project, check out Westwood’s Youtube page.