Recording of WA teacher's 911 call during school shooting: 'I tried to stop him' (VIDEO) 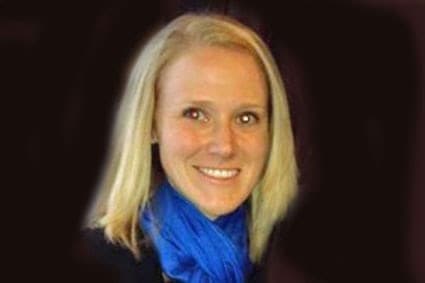 Megan Silberberger is considered by many to be a hero.

Police released several recordings Wednesday from the 911 calls placed during a shooting at Marysville-Pilchuck High School just outside of Seattle last month which left one student injured and five dead, including the 15-year-old gunman. A chilling 911 recording confirmed what witnesses had already claimed – first-year teacher Megan Silberberger tried to stop the teen as he opened fire.

Considering the circumstances, Silberberger remained incredibly calm as she described the scene to the 911 dispatcher.

(Megan) “OK, I am in the cafeteria. I have the shooter, one shooter…blood is everywhere. I do not see the gun (unintelligible)”

(911) “We have already advised the police department and the fire department.”

(911) “OK. Are you with the fire department or the police department?”

Following the shoot, witnesses came forward describing the brave actions of Silberberger, who was in an office next to the cafeteria when the gunfire erupted. Erick Cervantes, a student who witnessed the events, said Silberberger ran directly toward Jaylen Fryberg as shots rang out.

“She heard the gunshots first and she came in running through the door, right next to it,” Cervantes said. “She just grabbed his arm, and it lasted like two seconds, and I heard another shot.”

Cervantes said he considers her to be the “real hero,” but according to Randy Davis, president of the Marysville Education Association, Silberberger doesn’t consider herself a hero, nor does she want to be. Davis said Silberberger, who has stayed out of the public eye since the shooting, was simply doing what she felt was her job at the time.

In the end, Jaylen, who died from a self-inflicted gunshot wound, had shot and killed four teens – Andrew Fryberg, 15; Gia Soriano, 14; Shaylee Chuckulnaskit, 14; and Zoe Galasso, 14. Nate Hatch, 14, was also shot in the jaw, but survived after a series of surgeries.

Hatch and Nathan Fryberg were Jaylen’s cousins and the other teens were his friends. Jaylen had apparently lured the teens to the cafeteria through a series of text messages before he showed up and methodically opened fire, which appeared to only be aimed at the small group of teens.

Although Jaylen’s motives remain unknown, there is speculation that he was upset over a girl who refused to date him.