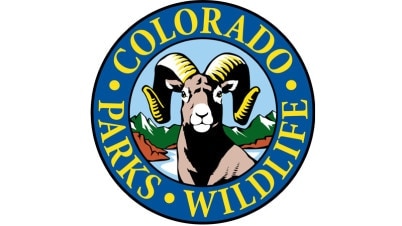 The Colorado Parks and Wildlife Commission rebuffed an effort this week by anti-hunting activists to ban the use of lead ammunition by hunters in the state.

In a 5-1 vote Wednesday, the Commission members rejected a petition presented by Paula Brown, 33, a part-time raptor rehabilitator who had collected the signatures of 53 residents and four letters of support calling for the prohibition. An online petition for the ban had attracted over 10,000 signatures, however the majority were from outside of the state.

“I presented it to the Colorado Parks and Wildlife Commission today; however, they refused to ban lead ammunition for hunting in Colorado. Seems like money is more important than the lives of beautiful birds and other animals,” wrote Brown on the petition site following the rejection of her proposed ban.

The advocacy group Hunting Works for Colorado, who opposed the petition, contends that each of the Centennial State’s 259,000 hunters spend an average of $1,800 per year on their sport, directly supporting some 8,400 jobs.

According to a study by the National Shooting Sports Foundation, the trade group for the firearms industry, a ban on traditional ammunition in Colorado could result in the loss of up to 518 jobs and end up costing the state some $68 million in lost wages and output.

The fight by anti-hunting groups to prohibit traditional ammunition has gained momentum in recent years.

Last year a ban on lead ammo in California reached the legislative stage despite widespread opposition. Now codified into law and set for full enacting by 2019, industry groups warn that it could result in the loss of more than 1,800 hunting-related jobs in that state due to an estimated 51,000 hunters no longer participating in their once-chosen sport. The economic damage because of this loss would be over $80 million in lost wages and tax revenue in addition to huge price increases and shortages in alternative ammunition.

Although Brown’s drive attracted little attention inside the Colorado and picked up little favor with the Commission, it did draw the quick opposition of the National Rifle Association.

“Lead ammunition used by hunters has not been scientifically proven to cause health problems for wildlife populations or pose health risks to humans,” stated an alert issued through the NRA’s Institute for Legislative Action prior to the meeting, urging members to contact commissioners and attend the public discussion in opposition.

The alert continued, saying, “It makes no sense to ban the most popular form of ammunition based on emotional arguments not backed by solid science. The available evidence is overwhelmingly clear that traditional ammunition containing lead is still the best and least expensive form of ammunition and bans on lead ammunition are misguided and ineffective.”