There are a few things that make me cringe: getting struck by lightning, swimming naked with chum in shark-infested waters, and hearing or reading words that are just plain annoying or incorrect within the firearms and tactical community.

Plinking, in my opinion, is for amateurs.  When I think of plinking, I recall the times I went out with my friends as a kid and blasted glass bottles and trash with my .22 rifle.  We had a good backstop, but we definitely weren’t shooting at a gun range.  It was more like a garbage dump.

That said, plinking a few cans with .22s can be fun, as long as it’s safe.  Even professionals should take time out with their kids to plink every once in a while.

But that’s it right there for me — plinking has the connotation of playing.  In my mind, those who can’t wait to go plinking probably don’t shoot or train for personal protection.  Plinkers are usually limited to static shooting and blasting imaginary space aliens with their imaginary Star Trek lasers.  Pew! Pew! And by reputation, self-declared plinkers aren’t too cautious about safety rules either. 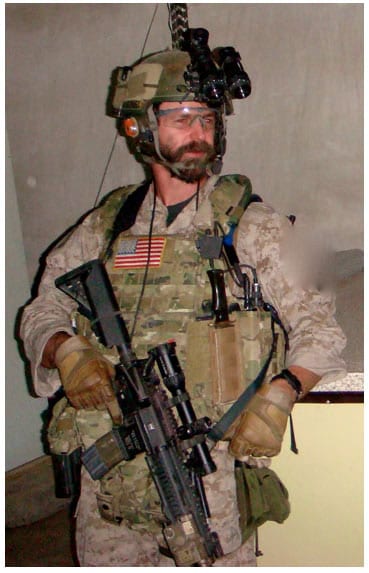 The crème de la crème of tactical experts are referred to as operators.  In the past, the term operator was limited to a select few who worked inside of the most elite special operations units.  For example, Dalton Fury, the former Delta Force commander, would be accurately referred to an operator.  SpecOps warriors like Tom Spooner and Kenan Flasowski can be called operators too.

There are also a small handful of other people I’d refer to as operators, but then again, I’ve been fortunate to meet and/or work with some really skilled…well, operators.

While there are certainly times to kill, anyone familiar with the criminal justice system opts to say, “shoot to stop the threat.” In the bright light of the courtroom, “moral” people don’t usually seek to kill others.  Besides, if you are a student of ballistics you would know that even blasting someone several times in the chest doesn’t mean they’ll die.

Tactically speaking, understanding that multiple rounds to the chest or even a couple shots to the head might not stop someone will help you win lethal confrontations.  The tactically superior mindset is, instead of assuming your bullets will kill the target, to shoot to stop the threat, then, after the threat is ended — at least when you’re not at war and maybe even when you are — administer medical attention to the person you just shot.  It’s a rare occasion when civilly-minded people shoot to kill … unless of course they’re hunting animals.

Never has a term been so completely misunderstood and, thus, so incorrectly used in the history of marketing as the term Mil-Spec.  Okay, maybe that’s an exaggeration, but only slightly.  Here’s the real 411 on the term Mil-Spec:

The short version is that whenever the military wants something made, military specifications (Mil-Spec) are given to the manufacturers.  For the M-4/M-16 family of rifles, for instance, manufacturers (often the lowest bidders) are mandated by the contract to have their components meet required specifications.  So what does this mean for gun makers and buyers? 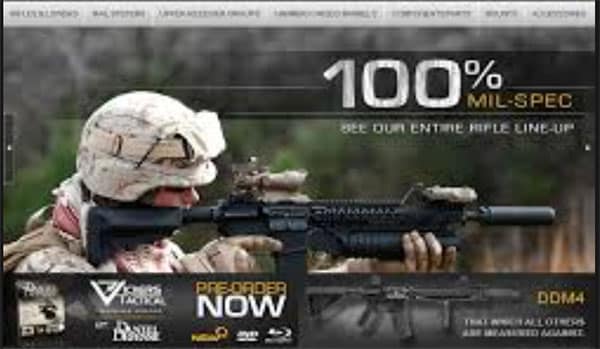 Manufacturers may legally market products a “Mil-spec” without all products actually meeting this requirement.

Let’s say a new trigger is being produced.  The first, 25,000 triggers meet Mil-Spec and are sold directly to the government.  After that sale and mass production continues, the quality of product often lessens to save costs and the same weapons part manufacturer sells their triggers on the open market, even those these products may not actually meet the standard set by the Department of Defense. This doesn’t mean that these products are ultimately any worse, it just means that their components were not technically made to military specifications.

Now here is where the consumer confusion arises.  Manufacturers who’ve won military contracts may market products as such. 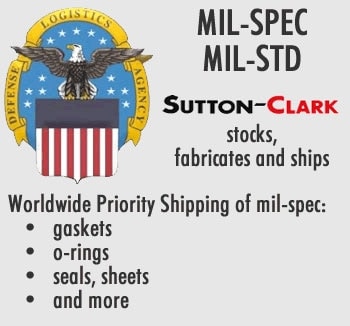 Who wouldn’t, right?  However, they don’t have to advertise that the quality of the part or the entire weapon often diminishes from the previously set military specifications.  Mil-Spec stamps and labels are therefore applied incorrectly on civilian weapons and some product descriptions will even list the Mil-Spec standards too, inferring that each product is made to these guidelines, which isn’t actually accurate.

The problem isn’t relegated to government contractors either. Too often, retailers, as well as manufactures, who’ve had nothing to do with military contracts whatsoever, have written “Mil-Spec” in their product description just to attract more buyers.

So, when it comes to the Mil-Spec listing, buyers beware.  Personally, I prefer products that demonstrate a higher than Mil-Spec standard.

I, along with what seems like the majority of Guns.com readers, can’t stand it when someone calls a magazine, a clip.  Talk about annoying. 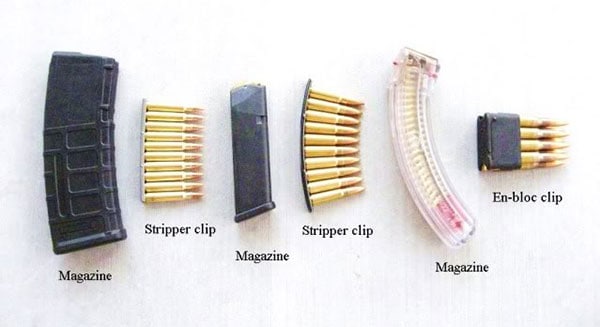 Just as my 15-year-old daughter said, there are differences between a clip and a magazine, just in the word.  For instance, clip has one syllable.  Magazine has three syllables.  I’m proud of my daughter, not only because is she good at English, but she also knows that magazines are either to read or to fill full of ammo and store separately from a gun.  Clips, she said, are for girl’s hair.