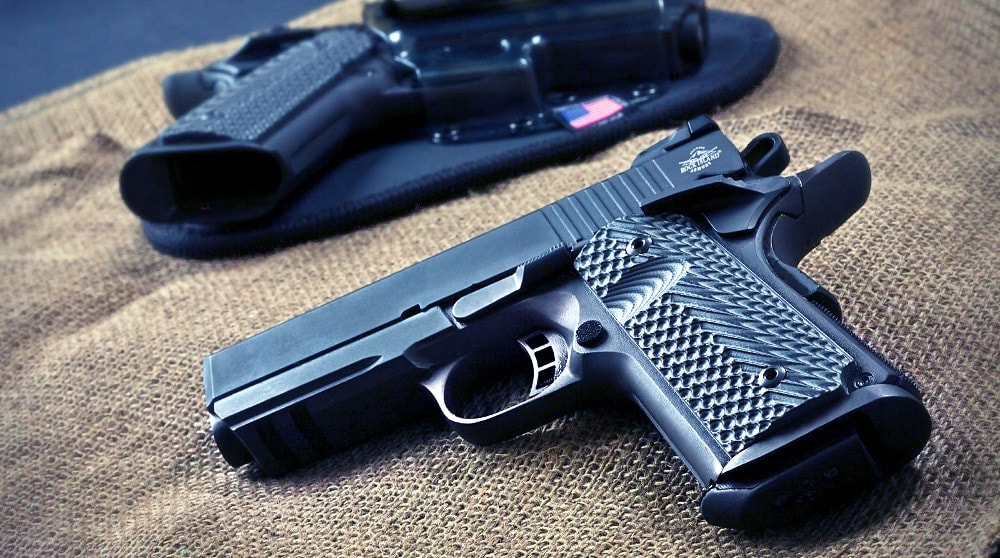 Rock Island Armory revealed two new Tactical Compact pistols, one .45 ACP and the other 9mm, with railed 2011 frames. Designed for concealed-carry, these new models feature slightly shortened grips and slides without taking off so much they become hard to use.

For single-stack pistols they offer solid capacity. The .45 has a 7+1 capacity and the 9mm 8+1. Most of what makes them compact is the 3.5-inch barrel and shortened slide.

Like their full-size counterparts these guns feature Novak-style sights, with a fiber-optic front and a fully-adjustable 2-dot rear. They have all the bells and whistles of the standard 2011 Tactical models including the extended safety, checkered slide stop lever and checkered mainspring housing. 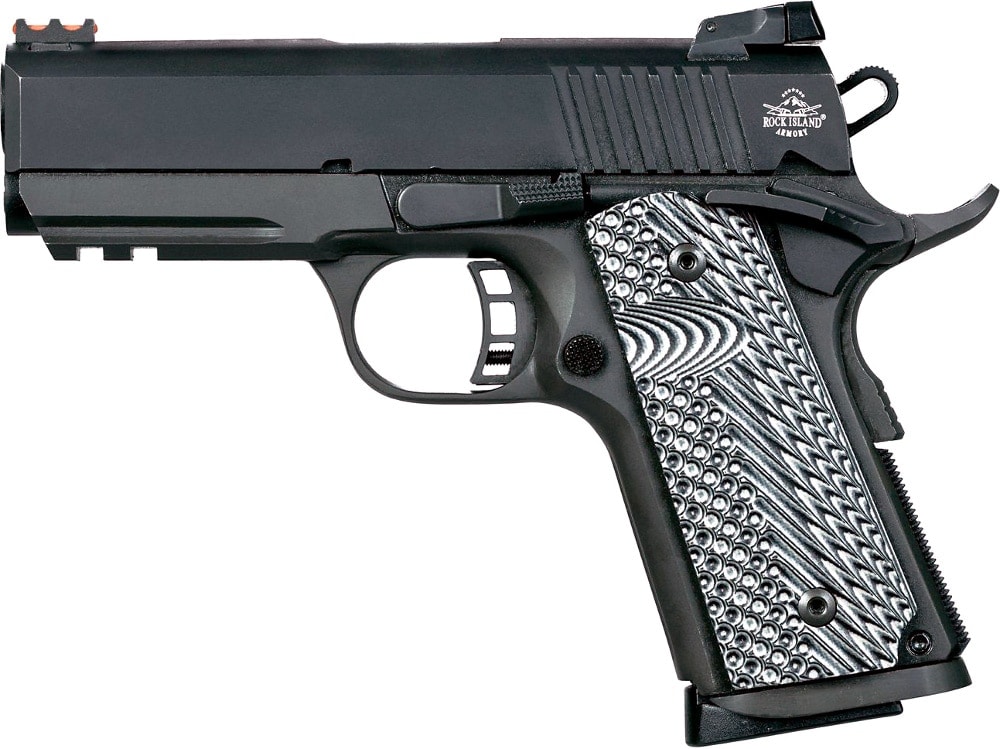 The guns have the same combat hammers, skeletonized triggers and long beavertail safeties, too. The grip safety has a slightly-textured “memory bump” to help shooters get a repeatable, high-up grip for fast, accurate shooting.

The grips are machined G10 and stop just short of the flared magwell. Reloads are just as fast and easy with these compacts as they are with the full-size models.

Recoil isn’t going to be an issue even with the short barrels as they’re made with steel frames and the rail adds a little weight to the muzzle end of the gun.

The decision to make a 2011-series Tactical Compact was pretty straightforward, as CEO Martin Tuason explained. “We’re listening to what our customers have to say.” 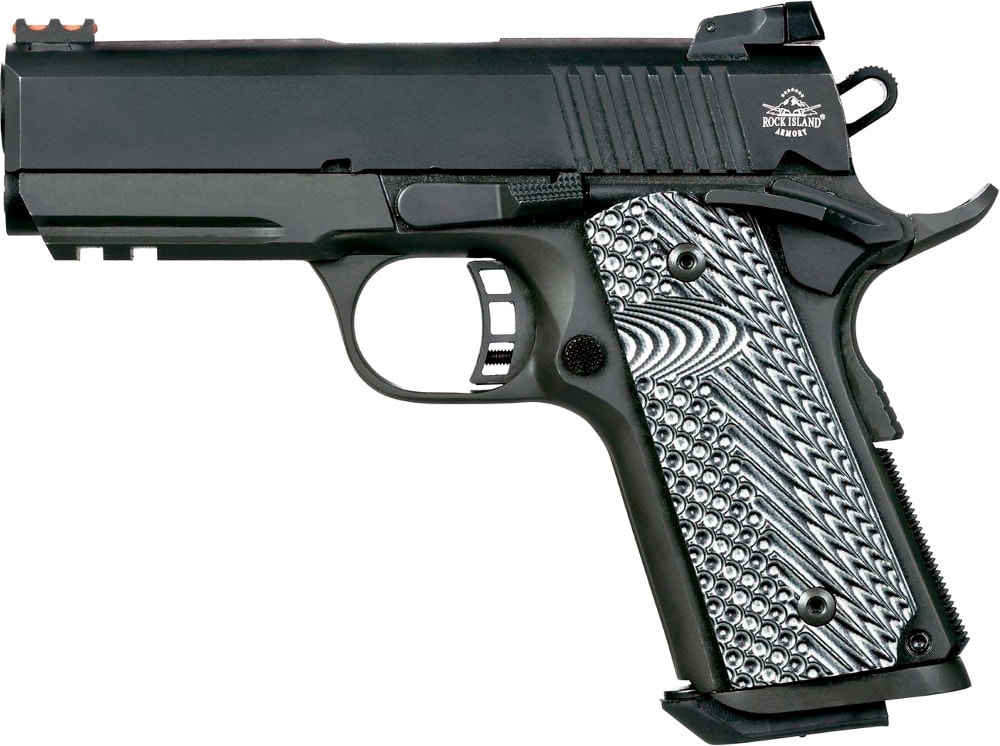 “People want our 2011 Tactical models in a more concealable format and we’re very excited to bring them to the U.S. market at an affordable price,” he said.

These guns have an MSRP of $760 and will probably retail in the low $600 range, making them a smart buy for the tactical 1911 crowd.

Rock Island plans to roll these out on a larger scale starting next year but the company already has a handful on their way to distributors. If you want one of the first off the line, call your dealer soon.

Whether you’re looking for an all-steel compact 1911 for concealed carry or are just interested in getting a smaller 1911 without going totally sub-compact these guns are a great place to start. With a weaponlight or laser sight attached these are versatile pistols and can do double-duty as carry guns as well as nightstand guns.

Of course if you want a gun will all these features but don’t want a rail, Rock Island offers models in .45 ACP and 9mm without it, just a traditional dust cover, with their 1911 Tactical Compact IIs.

Rock Island Armory is one company you can count on to continue to develop their products to ensure they’ve got something for everyone and these pistols don’t disappoint. For more details head over the Rock Island Armory product page.