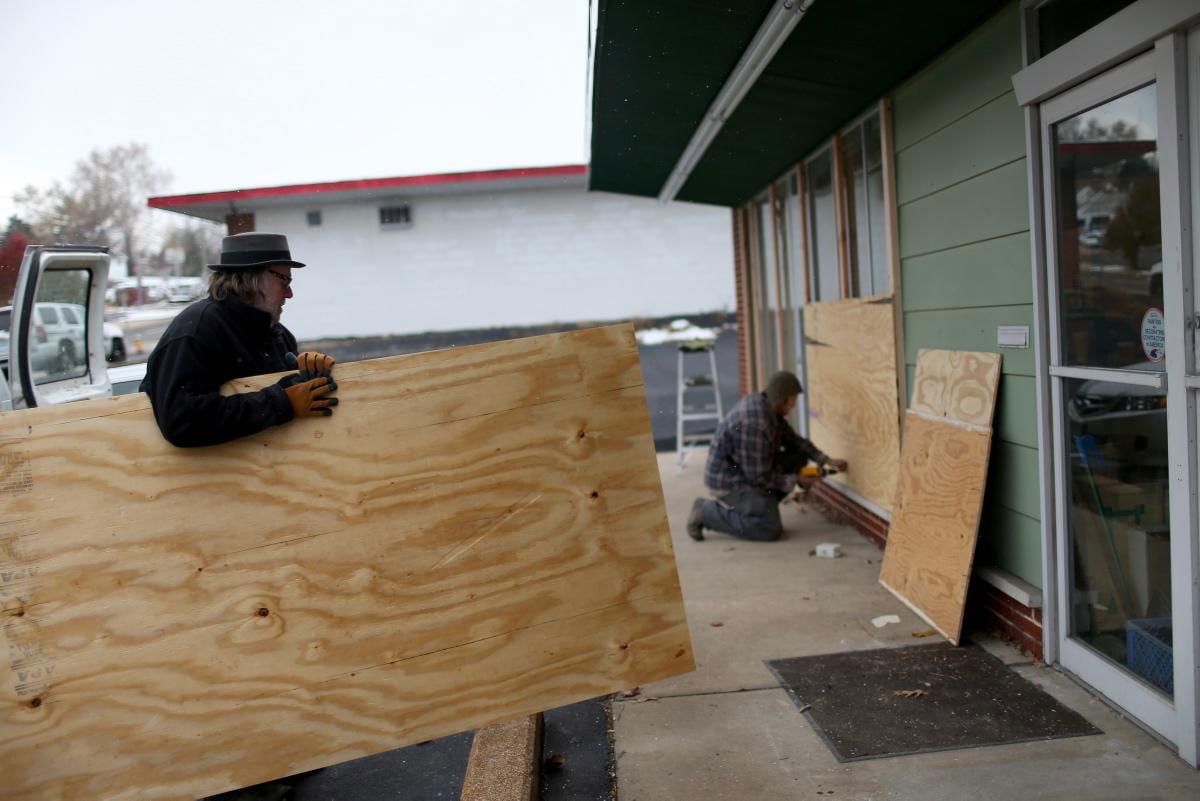 Many local businesses are preparing for a repeat of violence by boarding up windows and doors in an effort to protect their property as best they can. (Photo: New York Daily News)

In anticipation of the grand jury’s decision on whether or not to indict Ferguson police officer Darren Wilson for the shooting death of Michael Brown and the fear of subsequent violence, Missouri Gov. Jay Nixon issued an executive order Monday declaring a state of emergency and activated the National Guard to remain on standby.

The grand jury is expected to hand over a decision sometime this month and while protests have continued since the Aug. 9 shooting, demonstrations for the most part have remained peaceful in the last couple of months. However, immediately following the shooting, what started out as peaceful protests in some areas quickly turned violent, and for a time, riots, looting and vandalism ran rampant – actions that left some local businesses devastated and still feeling the effects.

“In the days immediately following Michael Brown’s death, peaceful protests were marred by senseless acts of violence and destruction,” Nixon said last week, hinting at the possibility of activating the National Guard. “That ugliness was not representative of Missouri, and it cannot be repeated,” he added.

But some say Gov. Nixon’s decision to declare a state of emergency and immobilize troops is setting the wrong tone and simply adding fuel to the fire, while others agree that the precautionary measure is appropriate.

Troops were called into Ferguson in August after violence erupted, but protesters scoffed at the action and the military-style approach of local law enforcement.

Nonetheless, Nixon, who said “people need to feel safe,” assured that the troops wouldn’t be at the forefront of any protesting, but rather there as simply a back-up plan to “protect life and property and assist civilian authorities” while public safety and the people’s right of a public protest is protected as well.

In addition to the National Guard, which will primarily be stationed near government buildings and shopping centers to assist local law enforcement if needed, the State Highway Patrol, the St. Louis County Police and the Police Department for the city of St. Louis collectively are making up a “unified command” in and around Ferguson. Furthermore, the Ferguson Police Department has, perhaps intentionally, been left out of such preparations.

St. Louis Mayor Francis Slay said the governor’s approach to hope for the best but prepare for the worst makes sense.

The executive order is effective for 30 days, but may be extended by Nixon.