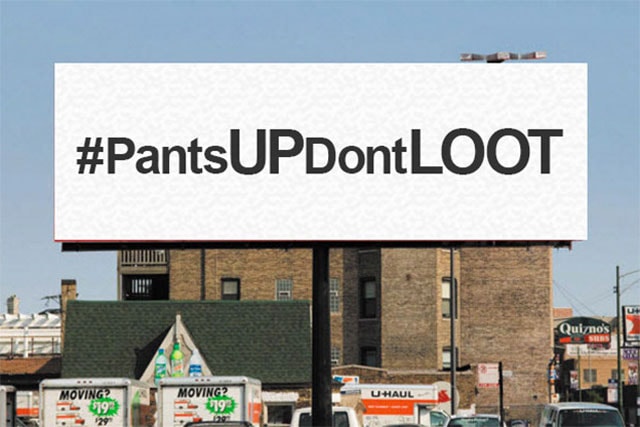 In an apparent mockery of the saying used by Ferguson protesters, “hands up, don’t shoot,” supporters of Darren Wilson have raised the funds to erect a billboard featuring “#PantsUPdontLOOT.” The money for the project was gathered through an IndiGoGo page created by Don Alexander of Tennessee.

Alexander’s original goal of $3,000 has already been passed, but Alexander said he’ll use whatever funds are collected to keep the billboard up for as long as funds allow. It will take about $2,500 a month to have the billboard, which will be displayed somewhere “in the Ferguson, MO area.”

Alexander said, due to anticipated backlash, he will not be disclosing what company is managing the billboard, which has already been called “racist” and “a bad idea” via Twitter under #PantsUPDontLOOT.