Say hello to the Taurus Curve 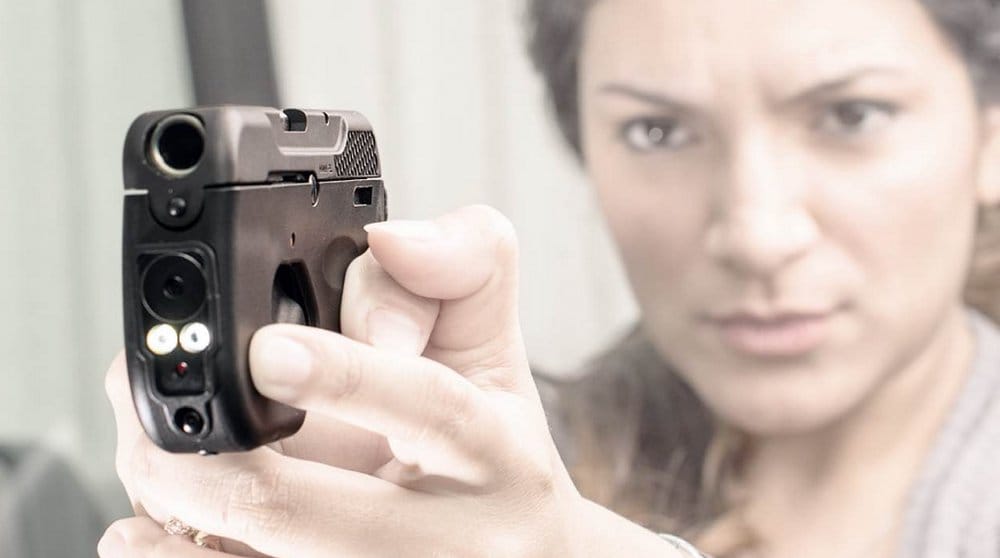 The Curve has an organic, form-fitting frame as well as an integral laser sight and weaponlight module. (Photo: Taurus)

The Taurus Curve is a completely new type of concealed-carry handgun. Designed from the ground up for deep concealment and discreet carry, the Curve is contoured to fit the human body.

It’s an unusual handgun. Small and lightweight at just a hair over 10 ounces, this new .380 ACP subcompact stands alone with its unique bowed frame that lays flat across the hip. Taurus is calling it “the gun you wear” and it fits.

To help tame the recoil of the featherweight chassis Taurus decided to build the Curve on a locked-breach action. This will make the Curve less snappy compared to similar-sized blowback pistols.

Since the recoil is controlled by the locked barrel, the recoil spring weight can be reduced as well. Combined with the fish scale slide serrations Taurus wants to make this a gun that’s easy to rack as well as to shoot.

This is a gun that’s meant to be worn every day no matter how you’re dressed. It doesn’t need a holster with its integral clip and completely dehorned, snag-free surface. Even the barrel is swept back to match the curves of the muzzle.

Should the gun print in tight-fitting clothes no one will make it for a handgun. Hanging down beneath the muzzle is a combination weaponlight and laser sight. This gives the Curve a broad profile that looks more like a wallet than a gun.

With the laser sight and LED light the Curve is designed to be an intuitive shooter. The gun doesn’t have traditional sights although the bore runs parallel to the top of the slide for help aiming the pistol should the light and laser fail. 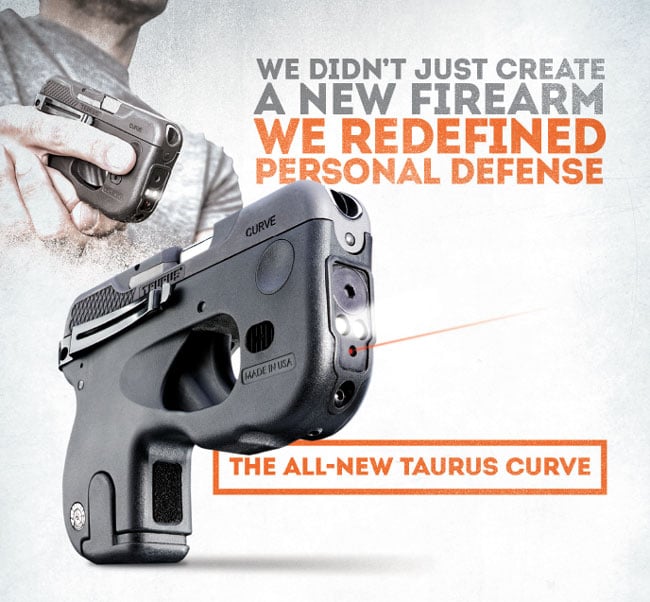 That’s unlikely as the laser and light module are manufactured for Taurus by LaserLyte, a leader in laser sights and weapon lights.

The frame of the Curve is completely smooth with a flush activation switch for the light and laser on the right side. The mag release is also flush and built into the six-round magazine.

Somewhat similar to European-style mag releases the magazine is released by grabbing it with the left hand to pull it out. A magazine safety serves as the gun’s only manual safety and the Curve uses a double-action-only trigger to help prevent negligent or accidental discharge.

Of course with a design like this it’s naturally for right-handed shooters and poses problems for lefties.

The controls, besides the trigger, are completely backwards and the curve of the gun makes it go from a comfortable design to a literal pain in the butt but there’s hope.

The Curve has a serialized sub-frame and looks like a modular design similar to the Beretta Nano and SIG P320. If that is indeed the case then it will be possible to pop the internals of the gun and drop them into a left-handed frame.

Since the sub-frame is, for legal purposes, the handgun, grip frames can be sold separately, even online, without having to go through a dealer. A left-handed conversion kit or dedicated lefty model may be in the works.

For now we expect this to be a solid seller for righties, though. With an ultra budget-friendly $392 MSRP the Curve is priced lower than a lot of micro .380s and that doesn’t even consider the light and laser sight module.

The gun comes with a spare magazine and a trigger guard clip. This provides an extra layer of protection when wearing the Curve by eliminating the possibility of something pushing through your clothes and pulling the trigger. The clip is tied to a belt or belt loop and will automatically get yanked off the gun if it ever needs to be drawn.

The Curve is the first of its kind in more than one way. Taurus is going to move a lot of these if just to satisfy people’s curiosity. The Curve isn’t a novelty and Taurus has put a lot of thought into the design, and it shows.

If you’re one of the curious when it comes to the new Curve check out The Gun You Wear.