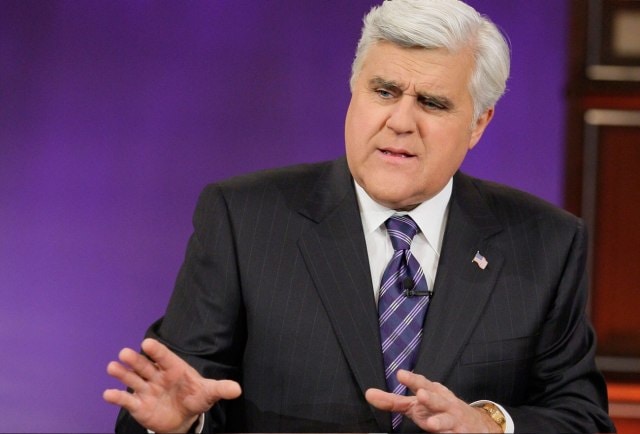 A gun control group is calling for comedian Jay Leno to step down as host for the largest gun industry trade show in the country. The former Tonight Show host will be master of ceremonies at the Shooting, Hunting, Outdoor Trade Show’s state of the industry dinner in Las Vegas on Jan. 20.

The Coalition to Stop Gun Violence opposes Leno’s decision to host the event put on by the Newtown, Connecticut-based National Shooting Sports Foundation and the group circulated a petition Wednesday calling for Leno to step down.

“His sudden embrace of the gun lobby comes out of left field,” said Josh Horwitz, executive director for CSGV, in a statement. “He has never publicly voiced support for the NSSF and it is unclear why he is now helping them to hawk their wares.”

The scuffle comes less than two years after a gunman opened fire at a Newtown elementary school, killing 20 children and seven adults.

The CSGV has chided the NSSF for calling Newtown survivors “angry” and “fearful” because they advocate for tougher gun laws, the gun control group said.

But the NSSF continues to defend its actions, pointing to programs it has either fostered or supported, like Project ChildSafe, which has distributed more than 100 million firearms safety kits and gunlocks, the gun rights group said.

“This anti-gun organization’s ongoing strategy is to attempt to falsely demonize America’s firearms industry,” Michael Bazinet told Guns.com. “We will continue to advocate what works to help prevent the misuse of firearms while standing up for the rights of our law-abiding customers.”