More than 6,000 guns confiscated by Chicago PD so far this year 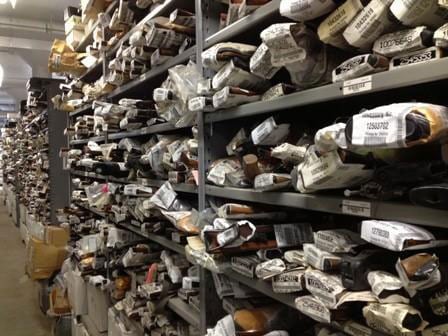 A peek inside the gun vault of the Chicago Police Department. (Photo: Fox)

The Chicago Police Department has seized a total of 6,252 illegal firearms so far this year, the department announced Monday at Navy Pier during a graduation ceremony of more than 100 new officers.

The Windy City routinely seizes more illegal firearms that any other city in the country, police Superintendent Garry McCarthy pointed out, and this year appears to be in line with last year’s total of more than 6,500.

“We have made important progress in reducing crime and violence in Chicago,” McCarthy told the graduating class and others in attendance. “Yet there’s much more work to be done and the flow of illegal guns from other cities and states continues to pose a serious challenge.”

Last year, The New York Times reported on the origins of the 50,000 guns seized in the city from 2001 to 2012. The results indicated that while the majority of the illegal guns originated in the state, a large portion also came from other states, including Indiana and Mississippi, both of which have more lax gun laws than Illinois.

McCarthy said the department will continue it’s efforts to increase public safety, but also called for better laws to keep weapons off of the city’s streets and “out of the hands of criminals in the first place.”

McCarthy praised the recruits for embarking on the law enforcement journey, but pointed out that the profession is one which requires integrity and honor. 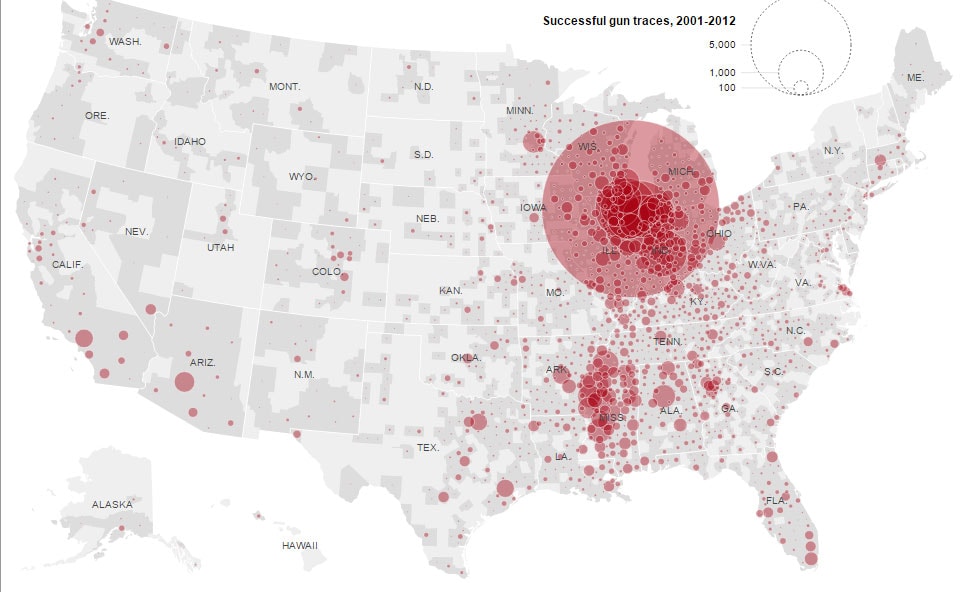 No, that’s not a map of cell phone service, but a look at where Chicago’s illegal guns come from. (Photo: The New York Times)

“Merely wearing a police uniform or carrying a badge does not confer these traits,” McCarthy said. “They are earned by a dedicated ethic to serve and protect the people of this city and the communities they live in.”

“The men and women who protect our residents are the backbone of our community policing strategy, and of our public safety efforts,” Emanuel said, adding, “Strategic policing is vital to reducing crime, yet it’s just one part of a comprehensive approach that includes stronger prevention, more stable parenting and stiffer penalties for serious offenses.”