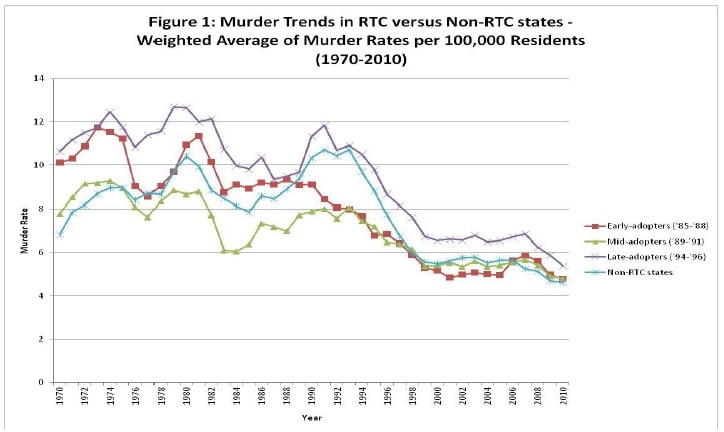 “The totality of the evidence based on educated judgments about the best statistical models suggests that right-to-carry laws are associated with substantially higher rates” of aggravated assault, rape, robbery and murder, Stanford law Professor John J. Donohue III told the Stanford Report. 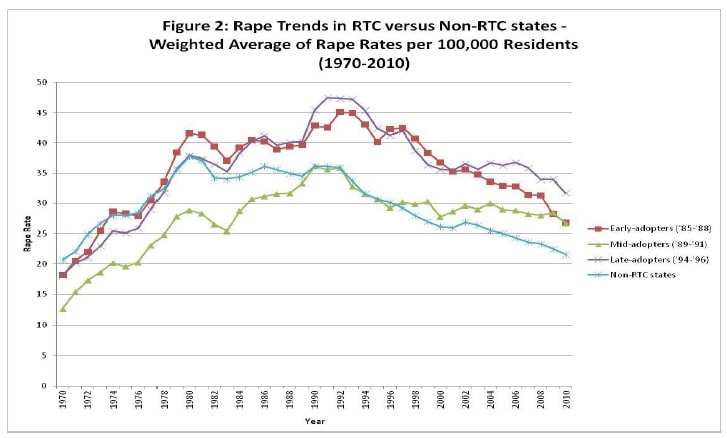 The study expands the findings by the National Research Council that challenge the “More Guns, Less Crime” hypothesis by economists John Lott and David Mustard. In 2004, the NRC determined the duo’s research inadequately concluded that right-to-carry laws increased or decreased crime.

Donohue and researchers — Stanford law student Abhay Aneja and Johns Hopkins University doctoral student Alexandria Zhang — say they expand the findings by the NRC and “More Guns, Less Crime” by a decade, so the review covers 1977 to 2010. 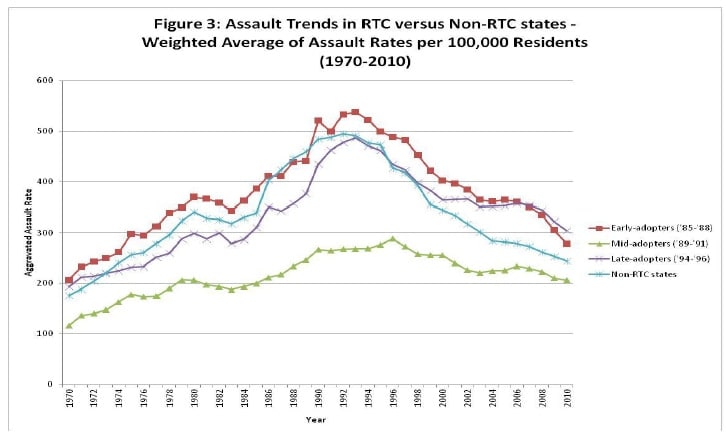 The improved theory suggests that right-to-carry laws increased violent crime by 8 percent in most categories except murder, which increased only by 3 percent. The results are based on 11 out of 28 data sets.

Donohue says his study includes variables that are omitted from “More Guns, Less Crime” such as incarceration rates, police patrols and the infamous crack epidemic. 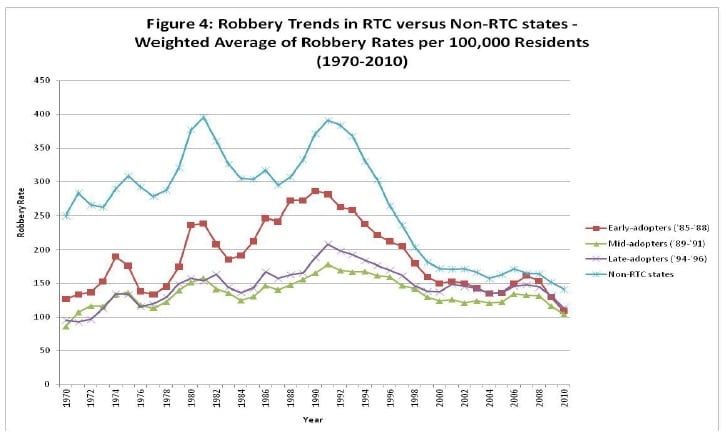 In response to the Stanford study, Lott defends his theory in a blog post on the Crime Prevention Research Center and criticizes Donohue’s contradictory conclusion about the influence right-to-carry laws have on crime. 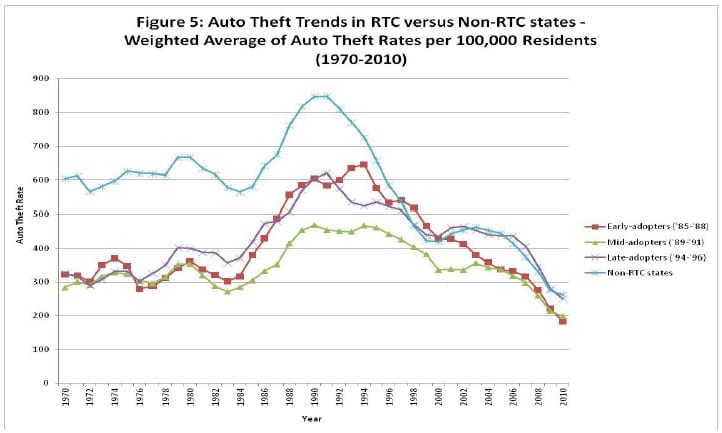 The bulk of the Stanford study explains why “More Guns, Less Crime” is inaccurate, but Lott says Donohue assumes the passage of pro-gun laws leads to an increase in permits issued, which is not always the case, according to another study by Lott.

The Stanford study claims to add a full decade more of data, but Lott confirms that the third edition of his published theory includes data from 1977 to 2005. In reality, the Stanford study actually only contains about three additional years. Lott adds that Donohue also shies away from the effect gun control laws have on crime in the study, which “More Guns, Less Crime” does and compares them to right-to-carry laws. 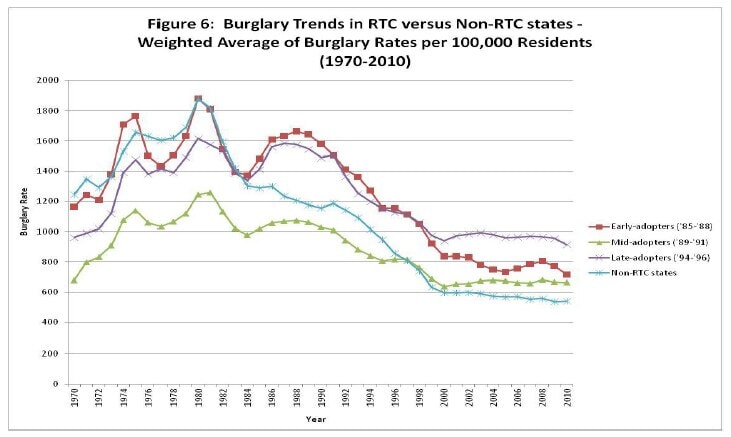 Lott chastises the research model used, saying it can paint a misleading picture where the overall analysis is more than just about before and after statistics. Likewise, the researchers disagree with Lott’s model.

Despite what the Stanford study says is “empirical evidence,” Lott continues to maintain that “the vast majority of peer-reviewed research finds that right-to-carry laws reduce violent crime.”

Daniel Terrill contributed to the reporting of this story.