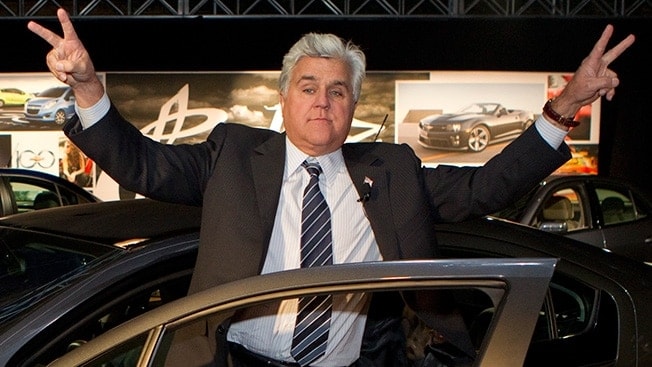 Jay is out for the SHOT Show dinner. (Photo: AP)

After a brief campaign by gun control groups, comedian Jay Leno canceled a planned appearance for the largest gun industry trade show in the country.

Leno had been tapped to emcee the Shooting Hunting Outdoor Trade Show’s state of the industry dinner in Las Vegas on Jan. 20. However, after an online petition sponsored by the Coalition to Stop Gun Violence and parroted by other gun control groups received media attention Wednesday, the former Tonight Show host called the show’s sponsor, the National Shooting Sports Foundation, and canceled.

His next calls were to the gun control organizations.

“Leno personally called Po Murray, the chairman of Newtown Action Alliance, to inform her of the cancellation,” CGSV said in a statement obtained by Guns.com. “He said he was unaware that the NSSF was a pro-gun lobbying group based in Newtown, Connecticut — the site of a tragic mass shooting in December 2012 that claimed the lives of six adults and 20 children ages 6 to 7.”

In an earlier interview with left-leaning Mother Jones magazine on the controversy over his appearance at the annual event, Leno reportedly said “mistakes get made.”

Within hours of Leno’s cancellation, word spread through social media with the comedian’s Facebook page soon garnering hundreds of comments on both sides of the issue. The conversation spilled over to Twitter with Shannon Watts, founder of Moms Demand Action, claiming Leno’s withdrawal as a victory — with the resulting back and forth commentary.

Following the news of Leno’s cancellation under pressure from anti-gun groups, the NSSF released the following statement:

We are clearly disappointed by Jay Leno’s decision not to perform at the 2015 SHOT Show State of the Industry Dinner. He unilaterally cancelled his promised appearance due to pressure from the anti-gun lobby, which included false statements about our industry and its commitment to genuine firearms safety, which we attempted to personally correct with him, but to no avail.

We are not deterred by their publicity seeking nor are we unfamiliar with the bullying political tactics of the gun control groups that seem to have as little respect for the First Amendment as they continually demonstrate with regard to the Second Amendment.

We are proud of the many programs that we run that meaningfully contribute to public safety including our long standing Project ChildSafe and Don’t Lie for the Other Guy initiatives in addition to our members everyday work in compliance with comprehensive federal and state laws. We will not allow the lawful commerce in firearms nor our industry to be demonized and we will continue to speak out for the Second Amendment rights of the millions of law-abiding citizens who are our customers.

Despite Mr. Leno’s cancellation, we look forward to having our biggest and best State of the Industry Dinner to date with a performer that respects the contributions of our industry and the customers it supports.