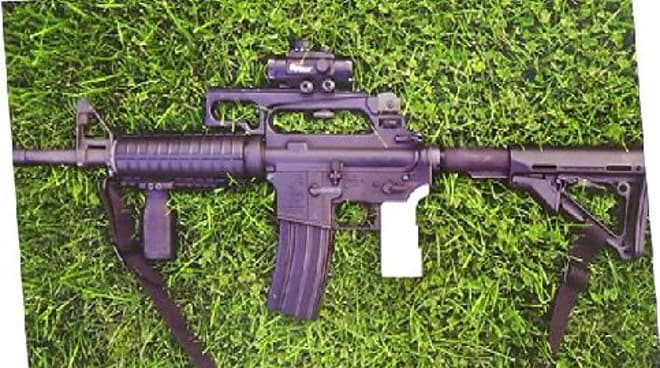 A Binghamton, New York, inventor has developed a retractable grip that he says is compliant with the state’s Secure Ammunition and Firearms Enforcement Act, which limits the type of features legally allowed on rifles.

The SAFE act singles out pistol grips as “military characteristics” and bans their use with rifles. Manufacturers have already developed stocks that comply with the laws enabling people to continue buying AR-15s.

This retractable grip, developed by Derek Decker, is designed to make it guns easier to store. Decker also believes it complies with the SAFE Act.

“Right here when it’s in the pull-down mode it could be argued that it is a protruding grip but as Doug will explain to you the wording of the SAFE Act describes protruding grips as military characteristics. There is no military on Earth that uses this invention because I just invented it,” Decker told Fox 40.

Even if the state finds that the retractable grip is not SAFE-compliant Decker is sure that the accessory will find a spot on the popular AR-15 market.

“Even if it’s not legal in New York — we believe that it is — but if it’s eventually found not to be legal in New York we still think there’s a substantial market out there for this product,” said Decker’s attorney, Douglas Walter Drazen.

Decker hopes to put the grip into production locally.

If he is successful then this grip is sure to be very popular in New York.