Man shoots best friend in the head, cuts off his penis and feeds it to his dog 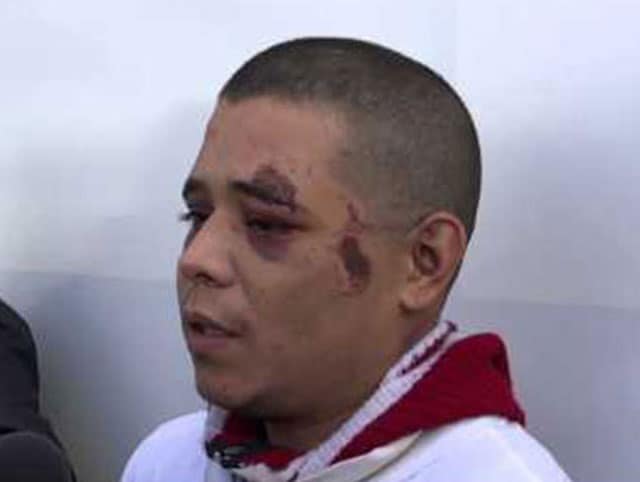 A drunk man in the Mexican state of Chihuahua chopped off the penis of his life-long pal after shooting him in the head. The man then fed the man’s manhood to his dog before he went home to sleep off a night of heavy drinking.

Mario Reyes said the brutal crime occurred when he and Mario Hernandez Banda were out walking Reyes’ dog and Banda made an unexpected move.

“We were both drunk and he tried touching me in a sexual way. After pushing him off, he went to urinate in an alley so I followed him, pulled out my gun and shot him in the head,” Reyes said during his confession. “I then took his knife off him and chopped off his penis as punishment and put it in a bag. But my dog was next to me and was sniffing at it, so I decided to give it to him and he ate it.”

Reyes then left the bloody body, continued the walk with his dog and went home, but after sleeping off the booze and waking up sober, Reyes began to feel guilty about what he had done.

“He came in covered in cuts and bruises and said he had fought with his stepfather when he told him what he had done,” a police spokesman said. “He then admitting killing his best friend and said that although his friend had tried sexually assaulting him, he was still a human being and didn’t deserve to die.”