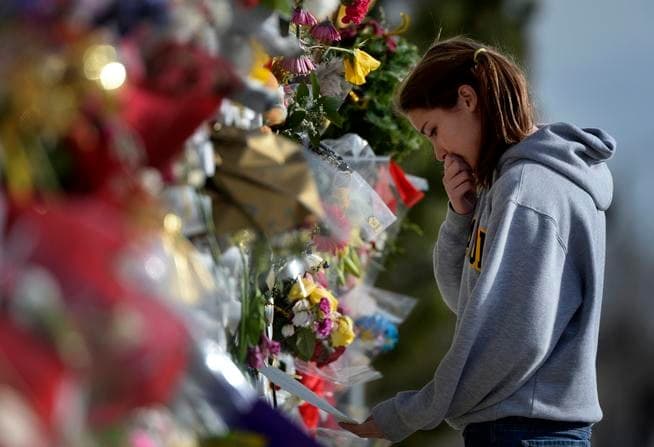 Nearly a year after the deadly shooting at Arapahoe High School in Centennial, Colorado, in which 18-year-old Karl Pierson shot fellow student Claire Davis as he targeted Tracy Murphy, a debate team coach, two of the school’s security guards have come forward accusing the school of not only handling the situation inappropriately, but ignoring the warning signs indicating Pierson was a threat months before the shooting occurred.

Claire eventually succumbed to her injuries and after a tough fight died eight days after she was shot in the head. Christina Kolk, an Arapahoe security guard who came face to face with Pierson when he opened fire, said the family of those affected and the community deserve to know the truth.

Kolk told a local Fox affiliate that she believed the shooting was preventable, but despite the ongoing issues with Pierson, school administrators downplayed his behavior and documented him as “not a high-level risk.”

“We all knew Karl had it in for Tracy Murphy and we all had a bad feeling about him,” Kolk said in an interview.

Pierson was angered over Murphy’s decision to demote him as the debate team captain. In fact, following an argument last September – three months before the shooting – Pierson threatened to kill Murphy. The school’s discipline policy surrounding threats was a minimum three-day suspension, as well as a requirement to report the threat to local law enforcement – neither of which occurred.

However, Pierson’s mother opted to pull him from school for three days following the threat so he could get psychological assistance. The teen returned to school and was not considered a threat – at least not to anyone in the school.

The following month, Kolk said she caught Pierson looking at shotguns on a laptop online while at school. Kolk contacted administrator Daryl Meredith and told him what had occurred, but again, the incident was ignored.

“A week goes by and the next Monday we were told to watch out for (Pierson). Meredith said, ‘We all know he’s going to fly off the handle one day. It just won’t be at Arapahoe,’” Kolk said.

Discipline problems were an ongoing thing with Pierson, Kolk claimed, which ranged from shouting in class to banging on doors and writing strange symbols on his tests.

“Some of them were just getting him from a classroom to the administrative office so the assistant principal could talk to him about behaviors, but none of that was ever documented,” Kolk said.

Reports later released also indicated that Pierson, like many mass killers, was obsessed with other shootings. A friend told authorities that Pierson had showed him a picture of the gun he used and also looked at pictures from the Sandy Hook shooting and called them “funny in a crude way.” Pierson also allegedly studied the Columbine shooting and used the details he learned as a sort of “play book” in his own deadly rampage.

In fact, Pierson’s behavior had become so precarious, that Kolk wrote an email to be sent anonymously to local media, outlining the details of the events, the “administrators’ failure to act” and the fear that her and other fellow staff members had towards Pierson. Kolk sent the email to her family first to be reviewed before she planned to send it to the media. The eery, almost premonition-type email was sent to Kolk’s family less than 24 hours before Pierson entered the school and opened fire.

Furthermore, Kolk claims the school has a history of downplaying students’ disruptive behavior in an effort to preserve their reputation. One student threw an apple at her and cursed at her and the student was cited as using “abusive language.” Another student was caught with beers on school property as well as knives, which officials believed he was attempting to sell. That incident was simply recorded as an “alcohol violation.”

Arapahoe Superintendent Dr. Scott Murphy refused to comment on the accusations, claiming that the Federal Education Rights and Privacy Act prevented him from doing so, but the Department of Education later confirmed that the law does not apply to deceased students over the age of 17.

And Kolk isn’t the only one who has come forward with these claims either. Cameron Rust, a security guard who responded to the initial shots alongside Kolk, made similar accusations earlier this year. Rust has since settled with the school district, but the details of the settlement remain private.

Kolk claims administrators tried to get her to publicly argue against Rust’s accusations, which she refused to do. Unaware of how the events may unfold and how it could affect her in the future, Kolk secretly recorded her conversations with the administrators.

Kolk has since hired an attorney and filed a lawsuit against the school, but she’s not interested in money, she said.

“I think they’re not telling the truth. I think the truth is what the community needs,” Kolk said. “I want people to be held accountable and take accountability for what they did wrong.”