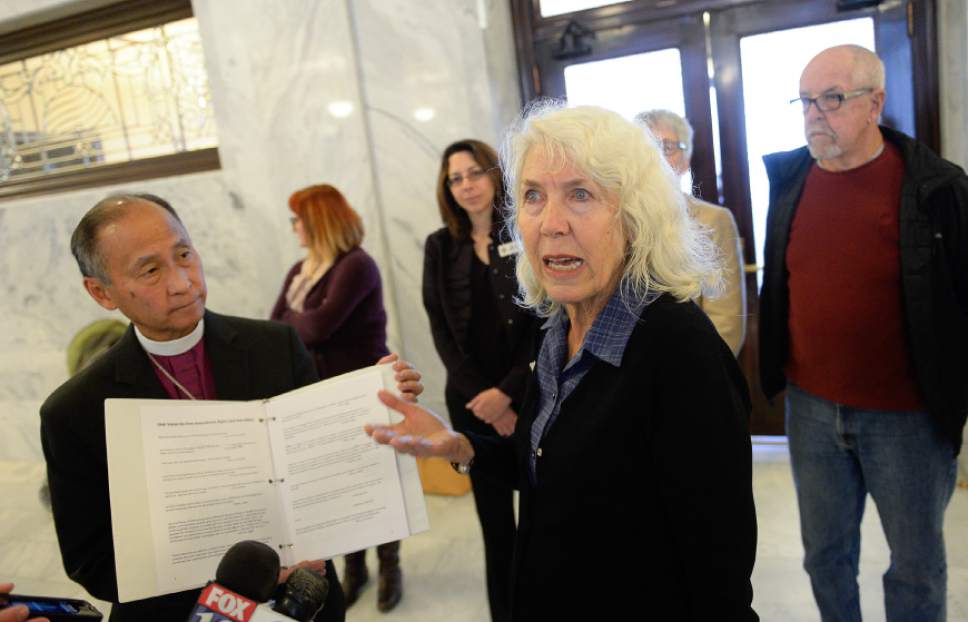 The First and Second amendments were at odds in Utah on Friday after members of several advocacy groups delivered a petition to the governor’s office and called for giving its universities discretionary power over whether to ban guns from school assemblies.

Some 12 members of the Gun Violence Prevention Center of Utah, MomsRising.org and the Campaign to Keep Guns Off Campus delivered the 20,000-signature petition to Gov. Gary Herbert, a move reportedly sparked by the recent cancelation of a speech at Utah State University, KSL Utah reported.

The speaker, feminist media critic Anita Sarkeesian, canceled her talk at the college in October after emails sent to several school officials threatened “the deadliest school shooting in American history” if she were allowed to make her speech.

The gun control groups think its unfair that food and drinks are banned from school gatherings, but not guns and further feel that the potential presence of guns at assemblies could hinder the open exchange of intellectual ideas.

“I don’t have an opinion on that issue altogether, with people being able to carry guns. I come from a gun-friendly family. My specific issue is with gatherings and assemblies and the ability to exchange intellectual ideas between students,” said MomsRising.org’s Chelsi Archibald. “When that is hampered, then we are on dangerous ground. Because then we are allowing people who are concealed carrying, which is completely their right, to infringe on people’s free speech. That’s a very dangerous place to be.”

Others feel that the response of more gun control at schools is one born of emotion where a problem currently doesn’t exist.

Lawful gun owners “have a pattern of acting responsibly and with decorum,” Clark Aposhian, chairman of the Utah Shooting Sports Council, told the Salt Lake Tribune. “Our background is checked every 24 hours.”

Utah is an open carry state and though its residents — if licensed — can currently concealed carry at public schools, they are not permitted to do so in secure areas of airports, courthouses, mental health or correctional facilities. Also off limits are churches if no-carry signs are posted. It is also lawful to concealed carry in Utah in one’s home or business without a permit.