Lionheart carries a spread of hammer-fired, alloy-framed compact and subcompact double-stack service pistols for personal protection and concealed-carry, and for a limited time they’re being listed for hundreds of dollars less than list price.

The guns are based on the Daewoo DP51 design that, for people who are familiar with it, is a real sleeper of a pistol. This South Korean service weapon has seen more than 30 years of combat-proven duty and the models Lionheart is serving up are even nicer with updated diamond-checkered grips, a polished Cerakote finish and optional Novak night sights. 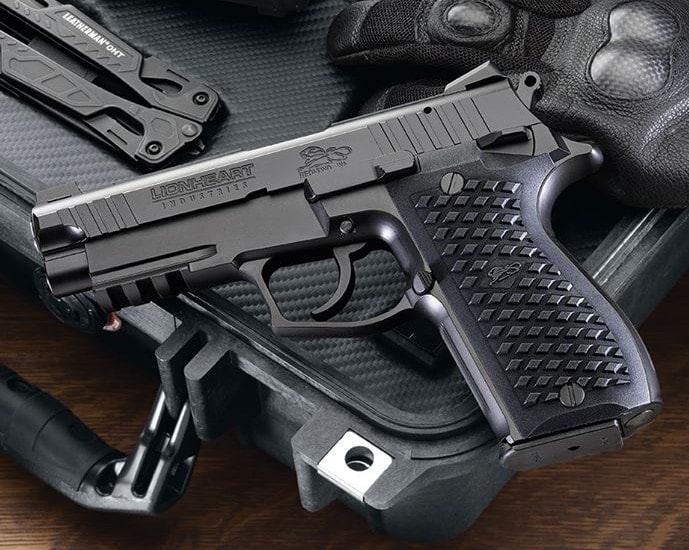 The LH9N MKII sports Novak sights and has a railed frame for accessories. (Photo: Lionheart)

They’re pistols with a different take on the double-action, single-action standard. While Lionheart guns can be carried locked and cocked or hammer down in double-action for the first shot, they also have a third mode that Lionheart calls Double Action Plus.

With the slightest pressure on the trigger the hammer and trigger snap back into their cocked positions in single-action mode.

Plus it’s completely optional. Users aren’t forced to use the DA+ trigger system, it’s just there for people who do. For everyone else the hammer can be set like any other double-action, single-action pistol with a manual safety.

Also, Lionheart pistols have very good triggers from the factory. They’re crisp without any creep and break at about 5 pounds in single-action. The guns feature low-profile ambidextrous frame-mounted manual safeties and have standard magazine releases. 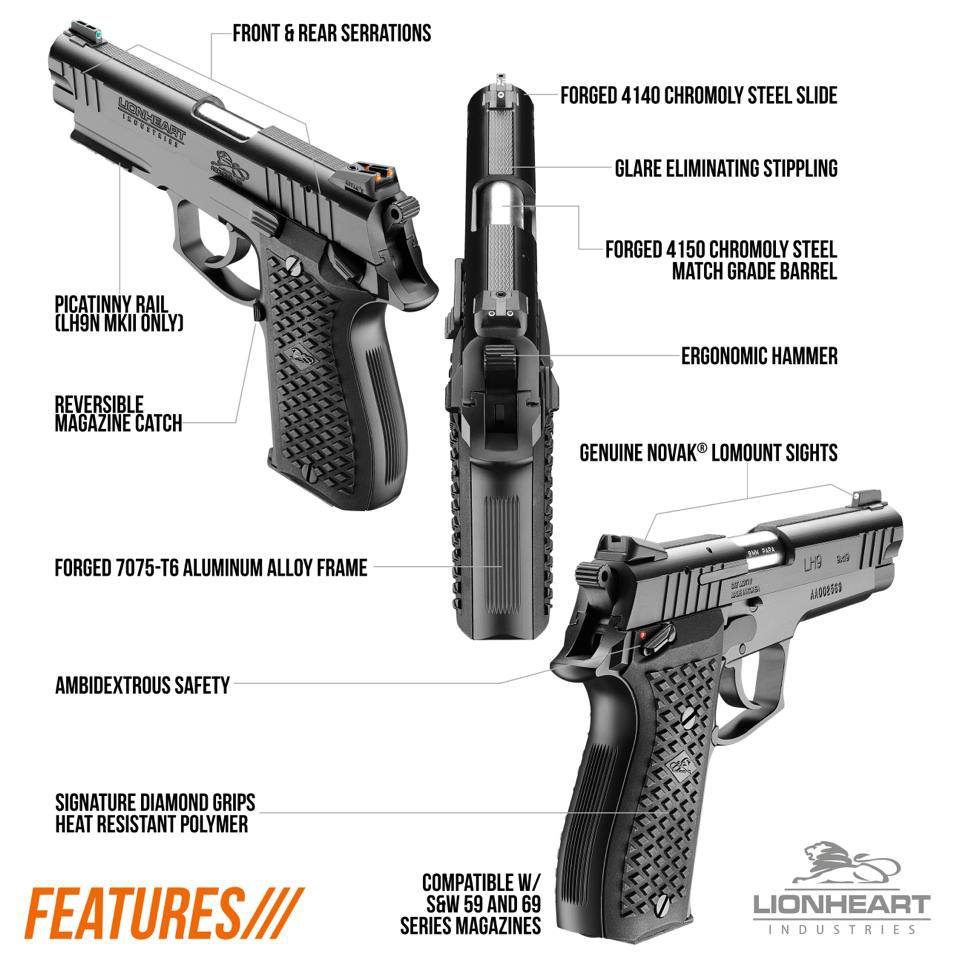 What really makes these pistols stand out isn’t their innovative trigger system, which doesn’t hurt, it’s their build quality.

The amount of detail that goes into these guns is outstanding. From the extremely tight fit, including the slide to the frame and the barrel and bushing, these guns lock up fast.

The machining is top-tier with groves on the front- and backstraps of the frame to provide a solid grip, forward and rear slide serrations and a micro-scalloped topstrap to eliminate glare.

For one week only, you can save up to $276 on a Lionheart pistol, with its standard LH9 model listing for just $399. The rest of the guns are listed at unbelievable prices as well, from $549 to $599 for models equipped with Novak sights.

There are going to be a lot of deals this Black Friday but if you’re looking for the best this deal is going to be hard to pass up. If you were even a little bit interested in a Lionheart pistol now’s the time. Head over to Lionheart Industries to place your Black Friday order.