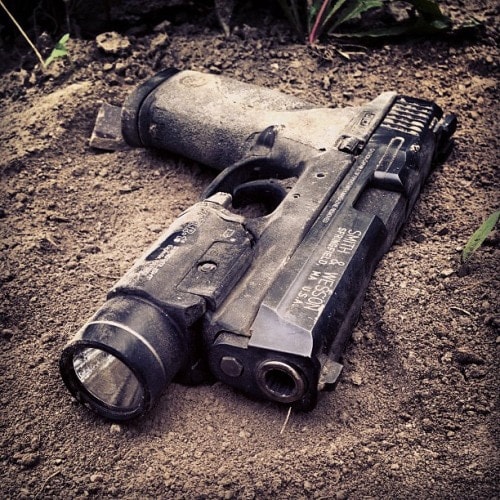 Over the years numerous companies have tried to unseat the M9 as the official sidearm for the U.S. Army, but the Beretta USA pistol has successfully retained the title since the early 1980s. However, Smith & Wesson and General Dynamics Ordnance and Tactical Systems together think they have a contender.

The duo announced a partnership Tuesday to pursue the U.S. Army’s Modular Handgun System solicitation to replace the current contractor. MHS is a competition of sorts slotted to commence in January 2015 and for a contract beginning in 2017.

To compete, a design must be equipped with specific features and meet certain performance requirements. Par for course, the Army is looking for a handgun that can be adjusted to fit all hand sizes and is optimized for improved overall performance.

Smith & Wesson and General Dynamics will submit an improved Smith & Wesson Military & Police pistol, a design that has been in production since 2005.

The U.S. armed forces adopted the M9 in 1985 and aside from a few new aesthetic features, the design has remained relatively unchanged. The hammer-fired handgun is equipped with a metal frame, cutout slide design and has a magazine capacity of 15 rounds.

Both General Dynamics and Smith & Wesson have had their fair share of government contracts. Smith’s M&P is currently used by U.S. and law enforcement agencies worldwide, and General Dynamics runs the gamut in making ammunition, weapons and vehicles.