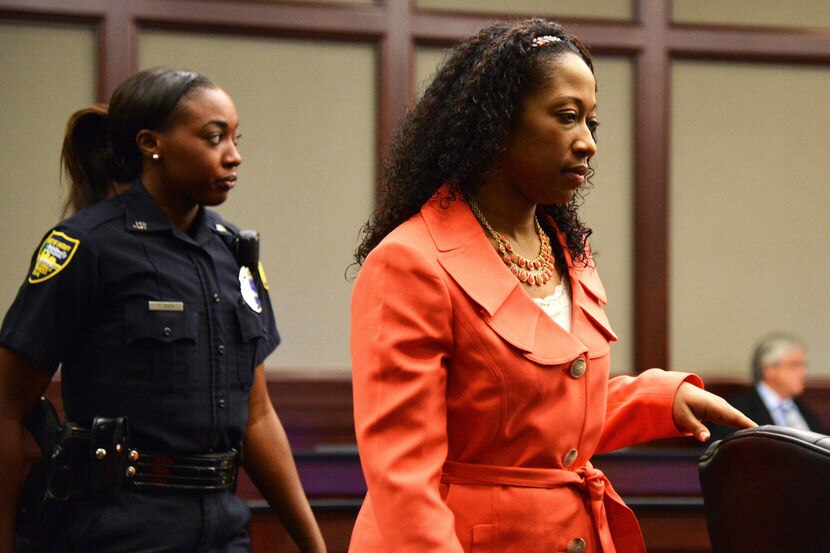 Marissa Alexander will return to jail for 65 days after accepting a plea bargain in the charges against her. (Photo: AP)

In what could be the final acts of a sensational case that brought debate on Stand Your Ground and warning shots in Florida, Marissa Alexander has entered into an agreement that effectively ends her legal fight.

Alexander, a South Florida mother was hit with three counts of a 20-year mandatory sentence due to the state’s “10-20-life” laws for a 2010 incident in which she fired a shot from a handgun during a domestic dispute with her boyfriend at the time and his two children. After unsuccessfully invoking Florida’s controversial Stand Your Ground  law in a claim of self-defense, she faced up to 60 years behind bars. Her case led to calls to revamp how the state treats SYG  as well as provided the impulse behind a measure, HB89, better known as the “Warning Shot Bill” signed into law by Gov. Rick Scott earlier this year.

As reported by MSNBC, Alexander entered into a plea agreement to serve three years in prison on the three counts against her in court Monday. However, she was given credit for 1,030 days already served prior to her Thanksgiving 2013 release on house arrest pending a retrial.

When originally charged in 2010, Alexander rejected a three-year plea bargain and went for a jury trial, with her legal team opting for a defense based on the state’s stand your ground statutes.

The presiding judge at the time rejected the argument, stating there was “insufficient evidence she reasonably believed that deadly force was needed,” and that Alexander’s behavior was “inconsistent with a person who is in genuine fear for his or her life.”

After 12 minutes of jury deliberation, she was found guilty in March 2012 and hit with a 20-year sentence although no one was injured.

In the wake of the acquittal of George Zimmerman in the death of Trayvon Martin after a successful SYG argument, media attention focused again on Alexander, with successful calls for her retrial.

A campaign to change the state’s interpretation of SYG to make it legal in the state for one to effectively display a weapon in a self-defense situation if proper justifications are met gained enough steam for a bill on the issue, HB89, to pass the state legislature this summer. It sailed through the House by a 93-24 margin then faced stiff opposition in the Florida Senate until a number of Democratic lawmakers crossed the aisle to support it in a final vote of 33-7.

“HB89 is not about warning shots,” Marion Hammer, president of the Unified Sportsmen of Florida and past president of the National Rifle Association, explained to Guns.com in June . “HB89 is about stopping abusive prosecutors from charging people with aggravated assault for defending themselves against an attacker.”

“Self-defense is not a crime,” the NRA icon continued. “Self-defense is a constitutional right and some Florida prosecutors have been violating those rights. Whether you display a firearm or discharge a firearm to stop an attacker, it is still self-defense. You shouldn’t be forced to shoot an attacker to have the protection of the law. This bill tells prosecutors to stop treating victims like criminals and stop treating criminals like victims.”

Alexander is expected back in court on Jan. 27, 2015 where, her sentences complete in the plea deal, she still faces another two years house arrest.