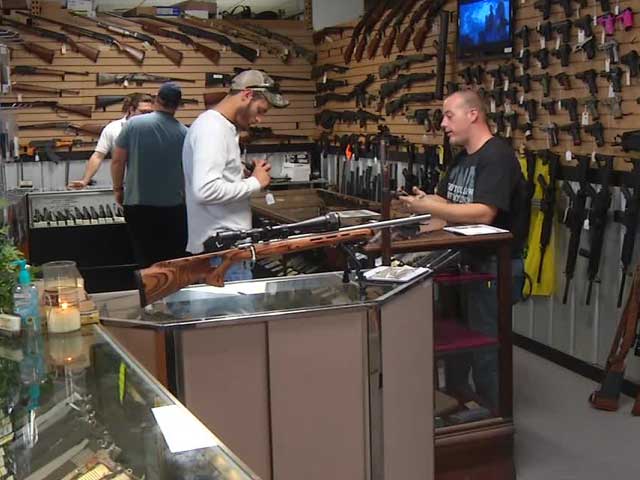 Harvey’s Pistol and Pawn, shown here, is offering to ship guns to other FFL holders in Missouri to help arm those unable to find firearms locally. (Photo: WATE)

With local dealers running low in the face of exploding sales, a Knoxville gun shop is publicly offering to rush firearms to Missourians caught short.

Harvey Whitehead, a federal firearms license holder who runs Harvey’s Pistol and Pawn, discovered that residents in neighboring Missouri were having a hard time getting their hands on legal guns as sales skyrocketed in August and have remained high ever since.

The spike in sales came from tensions following the protest-turned-riots in St. Louis County following the death of Ferguson teen Michael Brown and the grand jury inquiry into the actions of Officer Darren Wilson.

On Saturday, Whitehead posted on the shop’s social media account that they stood ready to ship firearms into the region.

“Our hearts go out to all the good folks in the Ferguson, MO, area of every ethnicity at this time. We understand local law enforcement is encouraging the purchase of firearms for personal defense at this time. We couldn’t agree more,” read the post.

Whitehead explained to local media that the guns would have to be transferred through a local FFL holder in the Show Me State to residents to keep everything above board.

The gun shop owner himself doesn’t think his offer is very newsworthy, and has only sold one firearm to a Missouri resident so far, but supporters are showing the love on his Facebook page.

“Behind you all the way Harvey,” read one comment.

Meanwhile on the streets of Ferguson, there are reports Tuesday of renewed rioting, property damage, and looting to include shots fired following the grand jury’s finding not to issue indictments on Wilson.

This Walgreens has been looted and is still smoldering from fire. #ferguson https://t.co/ca4qUP9eV9