For bird hunters everywhere, the ammo of choice may have just been narrowed down to one family of Winchester loads. Two shooters set a series of world records at this year’s National Wild Turkey Federation championships using Winchester new Long Beard ammo.

Sears put 54 record-breaking holes in a 3-inch targets at 40 yards and some of that credit goes right to Winchester. 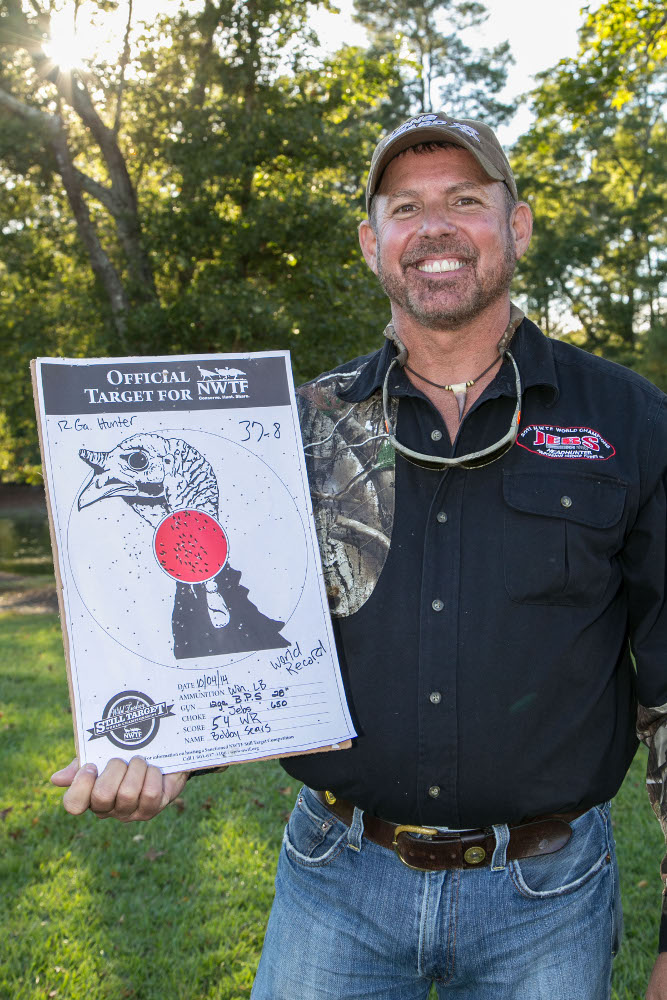 Shot-Lok, which is used with Long Beard and Rooster XR loads, takes a new approach to shot cup design.

Similar to wax slugs, a fun way to send some hurt downrange, shells loaded with Shot-Lok have a matrix of pellets cast in a resin slug as their payload. The resin is the key to these loads’ tight groupings.

Flyers are caused by deformed pellets. As pellets are accelerated down the shotgun barrel, the shells at the back of the cup are compressed between the expanding gasses and the pellets at the front of the shot cup. The partially-flattened pellets don’t fly true and lead to large groups.

With Shot-Lok, the pressure of the charge is spread evenly throughout the shot cup through the resin, keeping deformation to a minimum.

Unlike with wax slugs, which break apart when they strike a target, the resin used in Shot-Lok loads cracks apart as the slug travels down the barrel under the stress of rapid acceleration. As soon as the payload leaves the barrel the shattered resin is cast off, leaving nothing but uniform pellets to fly straight to their target.

For competitive shooters this technology stacks the odds in their favor just as it does hunters. In the field it means more ethical harvests and harvests at longer ranges, up to 60 yards, a real edge when it comes to stalking turkey.

For more information about Shot-Lok and this record-breaking turkey shot visit the Winchester Ammunition website.