2019 Update: While SlickGuns may no longer be around, browse Guns.com’s great deals on guns.

In case you’ve been living under a rock for the past couple of  years, firearms and ammo have gotten very expensive. Thankfully, sites like SlickGuns.com exist that bring all the deals together in one easy to find location. While this is awesome, there are still way too many deals for one person to feasibly sift through. That’s where Guns.com comes in. Below we’ve assembled the top seven Black Friday guns, ammo and accessory deals of 2014. 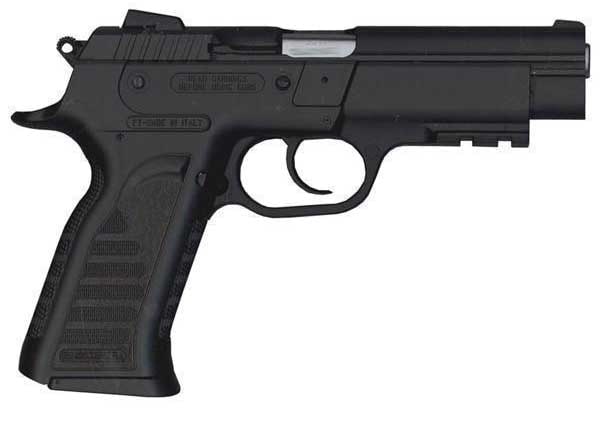 The polymer-framed CZ-inspired EAA Witness isn’t terribly well known to most shooters, which is unfortunate since it’s such a great gun for the money.

Chambered in the hard-hitting .40 S&W cartridge, the Witness combines the great ergonomics and accuracy of a CZ-75, the light-weight corrosion resistance of a Glock and the beloved cocked and locked ability of the M1911.

In truth, the EAA witness is the ultimate mutt and makes a great first gun for a shooter looking for something more ergonomic than a Glock. Plus who doesn’t love the ultra-low bore axis and frame-in-slide design? 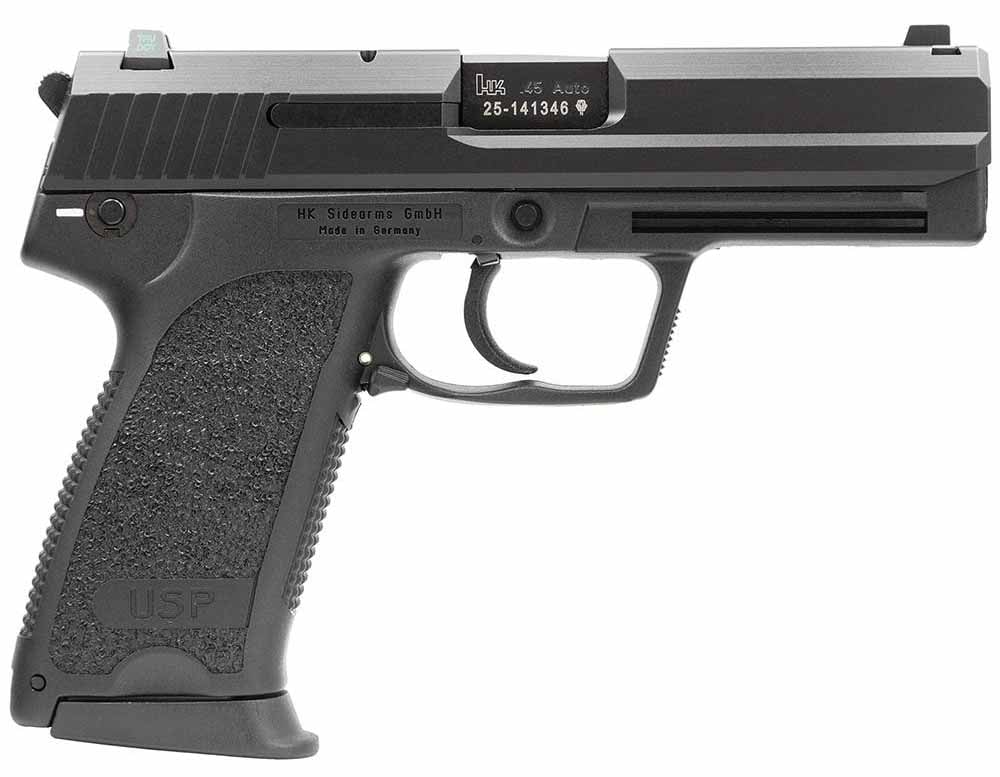 A result of Heckler & Koch’s entry into the Offensive Handgun Weapon System for the U.S. military, the USP45 has near-mythic reliability. Shooters looking to unleash their inner Solid Snake, Robert DeNiro or simply live out their Tom Clancy fantasies at the range, will find nothing but pure unadulterated joy when firing this Cold War special forces favorite.

Feeding from a 12-round magazine, the USP delivers hard-hitting .45 ACP rounds with frightening accuracy and muffled recoil. If you’re like me, and have always wanted one of these pistols, treat yourself to the USP and use the saved money to afford the $1,200 period-correct LAM unit to complete your Counter-Strike fantasy. 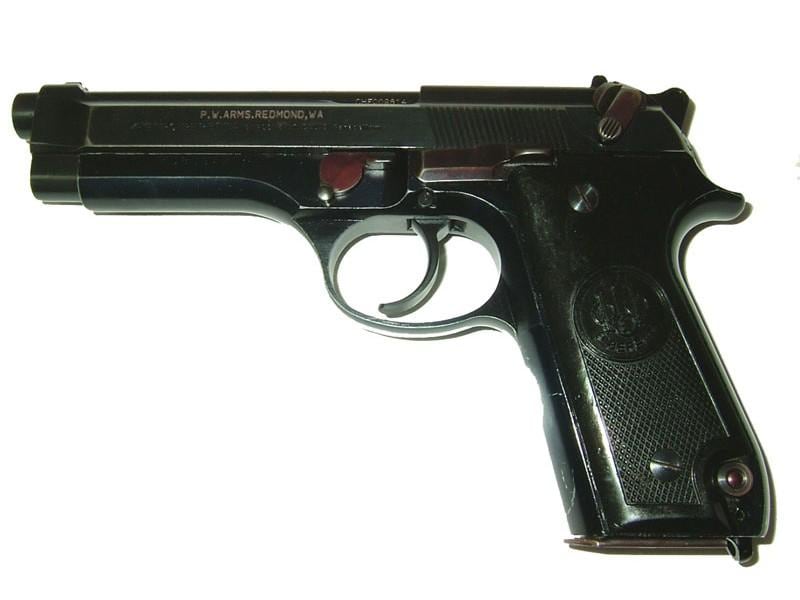 If you’re not super tactical, don’t want or need an accessory rail and can appreciate European-style magazine releases PSA has one hell of a deal for you.

These police trade-in Beretta 92 pistols are chambered in 9mm parabellum and ship with one 15-round magazine. Photos online from previous buyers show that weapons have holster wear and thinned blueing on controls, but little to no pitting and are completely functional. 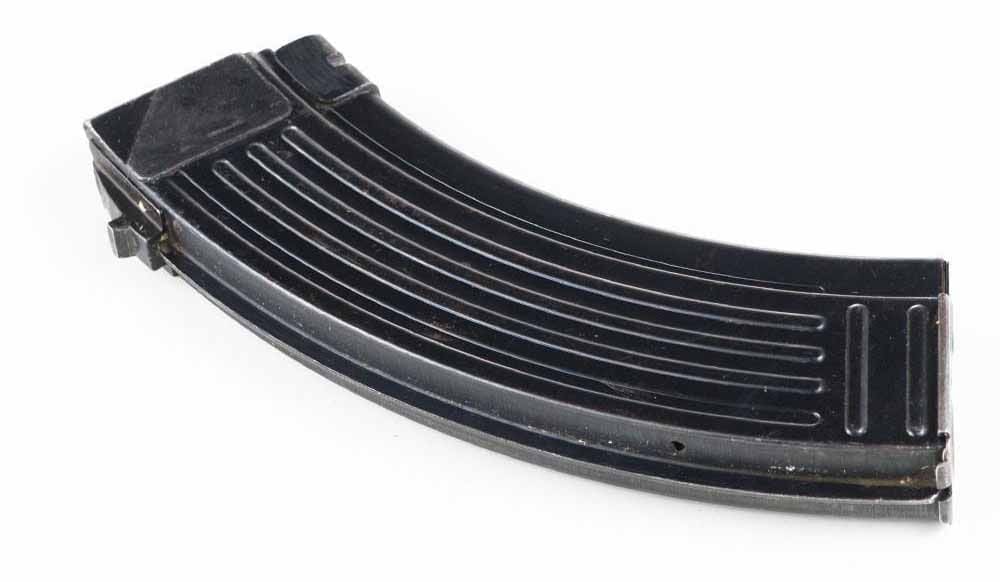 I can hear AK guys salivating already. If you’re one of the many new AK owners who bought during the panic, you can ease the financial pain by stocking up on these bargain-priced steel AK magazines. These magazines will likely show pitting and rust of some sort, but are completely functional.

Additionally, since they are Yugoslavian-pattern, they have a bolt hold open follower that locks the action open on AK rifles after the last round have been fired. Even if you don’t own an AK, chances are you one day will, so why not buy cheap and stack deep?

Solve your home defense needs for under $300 with the venerable Mossberg 500. With an internal magazine capacity of five plus one rounds of devastating 12 gauge ammunition, the Mossberg is renowned for bringing pants-browning amounts of firepower to bear.  While not as polished and pretty as offerings from Remington, the only way a shooter could find an 870 for this price, is if it was missing its barrel and had been duracoated three different times by uncle Bob. 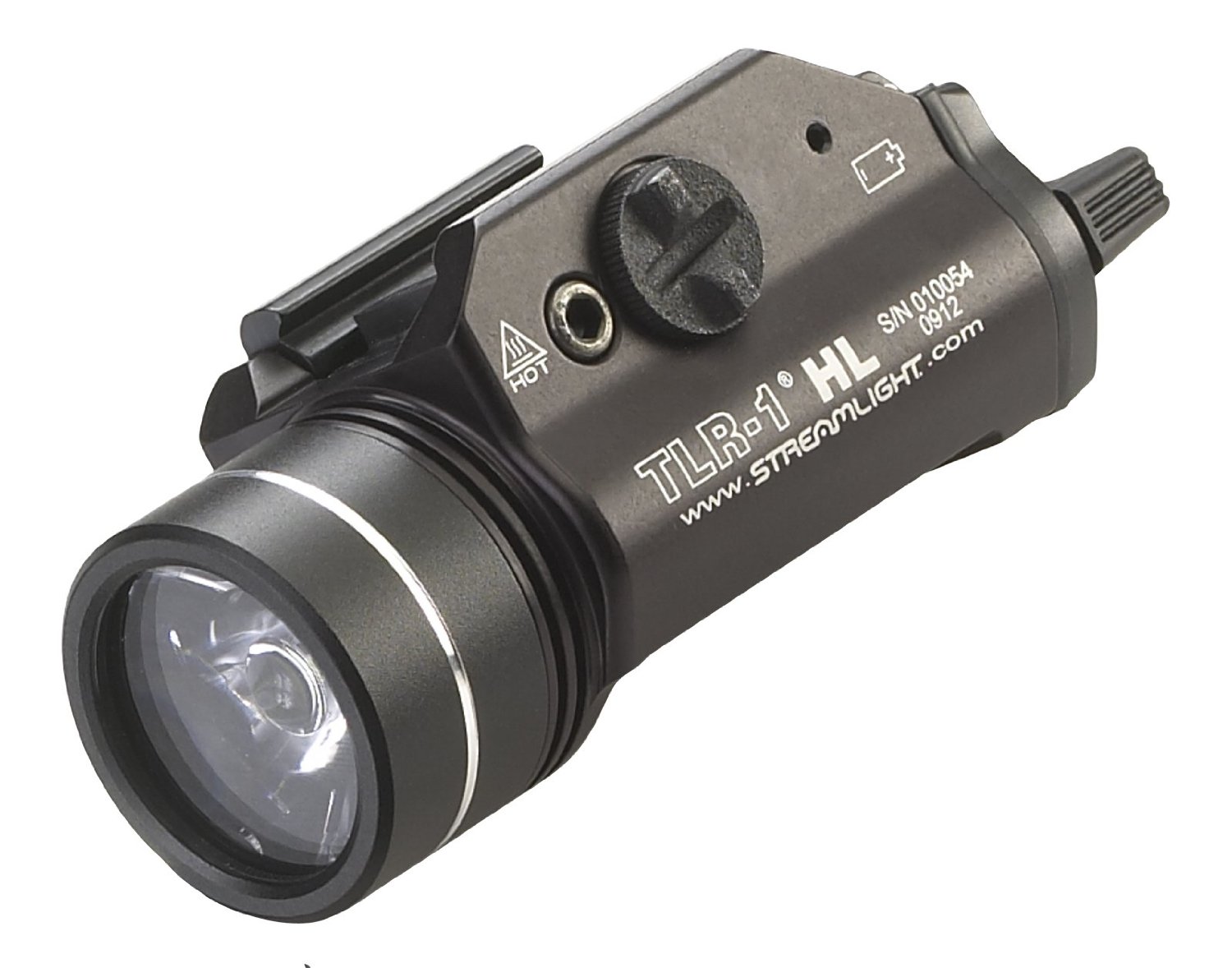 You no longer have to use that pen light you super-glued to your Hi Point. You can buy a dedicated, purpose-built tactical light. Models that include a built-in tactical laser will run shooters about $100 more but still represent an excellent bargain.

Palmetto State Armory is known for their budget-priced AR15 lowers and crazy deals on military surplus arms and ammo.

The PTAC AR15 is no different. Featuring a milspec phosphate finish throughout, a 1-in-7 inch twist 16 inch barrel, and full Magpul MOE furniture, the PTAC is a deal too good to pass.

Shooters looking for their first AR should take a close look at this rifle, as it saves them enough cash to invest in a quality optic magazines and ammunition while managing to stay underneath the $1000 mark. 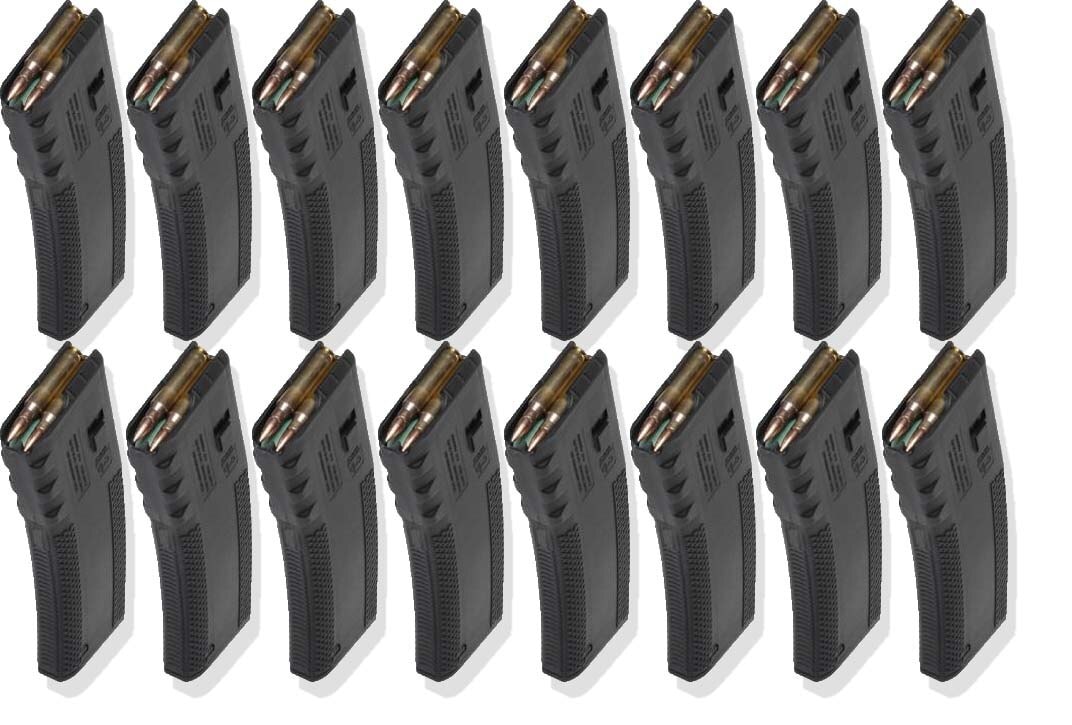 Keep your AR fed with 16 polymer Troy BattleMag 30-round magazines. These lightweight magazines feature aggressive front and rear stippling to give shooters a more positive grip during removal and insertion. While not as well known as Magpul’s Pmags, Troy’s BattleMags are combat-proven and very reliable. The deal extends to every color currently offered including FDE, foliage green  and the ever-popular black. 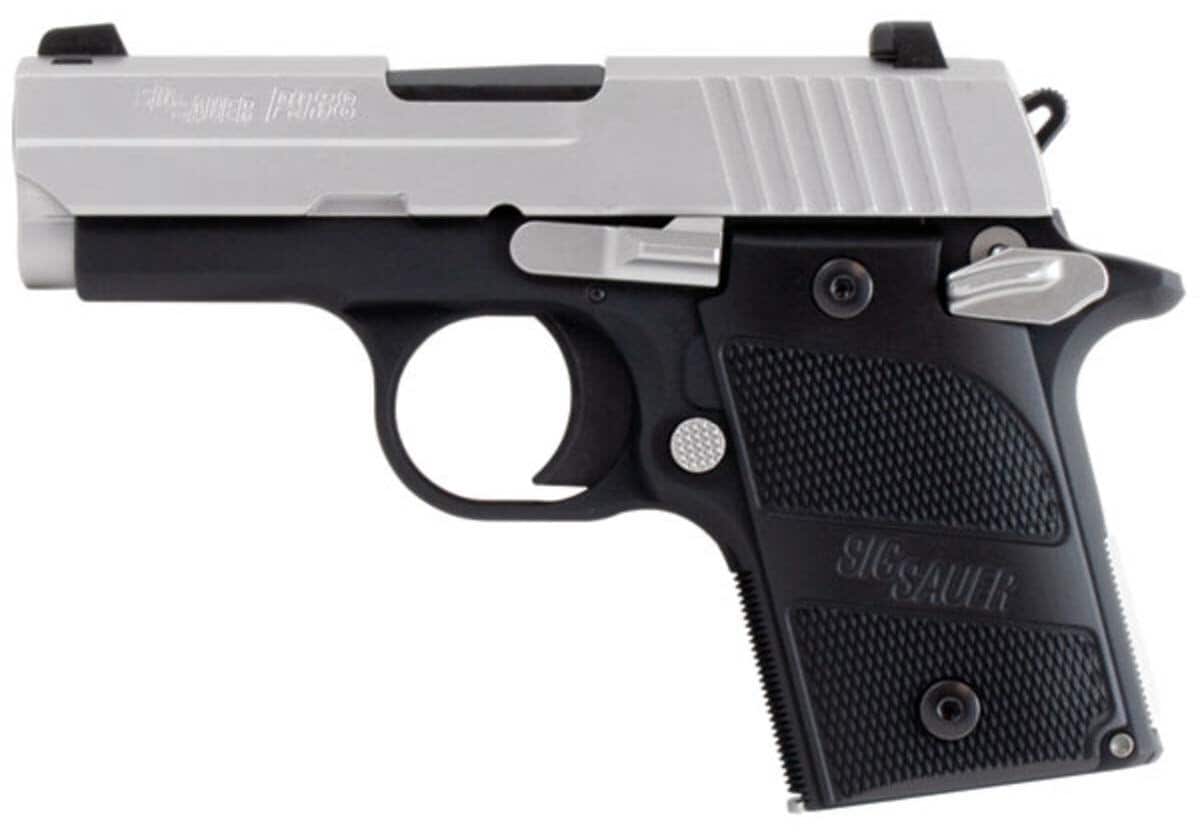 How small can a 1911 be? Would you believe under six inches long? The SIG Sauer P938 is a magazine-fed semi-automatic pistol chambered in 9mm parabellum.

Small enough to disappear in a pocket, the P938 makes a great concealed carry pistol for shooter who refuse to compromise on ballistic performance in pint-sized pistols. The P938 in these deal ships with aggressively-checkered aluminum grips, SIGNITE night sights and a stainless steel slide.

If you’ve looking for a new carry pistol and love the single action only ergonomics of the M1911, swing by PSA’s website and grab one of these before they’re all sold out. 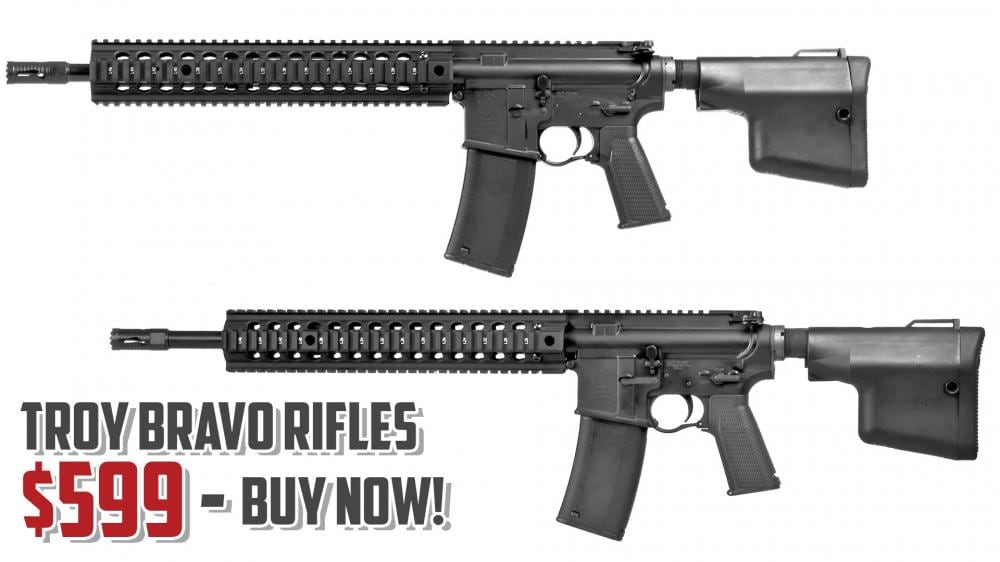 We saved the best for last. These Troy rifles include Troy-made railed handguards, pistol grip buttstock and BattleMags. Built to the demanding standards of the Canadian military, the Troy Bravo rifles are a steal at $599.

They’re available with either a 16-inch barrel or a 14.5-inch barrel with a welded brake bringing the total length to 16 inches. Given that the Bravo handguards themselves normally run $200, shooters are getting a milspec AR15 rifle for $399 with several desirable aftermarket features already installed.

Hopefully these sales haven’t totally destroyed our reader’s wallets. Just incase any remain, be sure to post any deals we missed below in the comment section to clue others in – after you’ve already bought one yourself that is.