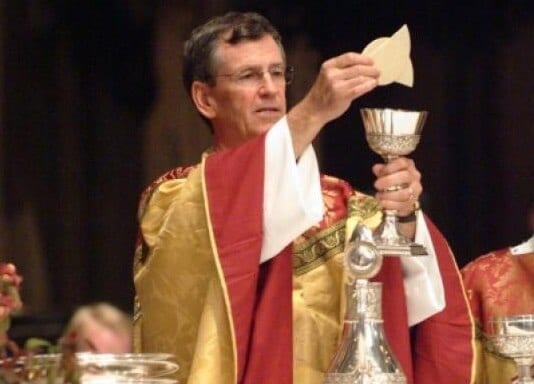 A federal judge ordered Wal-Mart to let shareholders vote on a proposal for tighter oversight for selling firearms with high-capacity magazines and other potentially offensive products.

U.S. District Judge Leonard Stark ruled last week in favor of Trinity Church, which filed the lawsuit in April after the retail giant refused the proposal and the Securities and Exchange Commission said it would not punish Wal-Mart for excluding it.

Stark, a 2010-appointment to the District of Delaware by President Obama, also said Wal-Mart wrongly excluding the church, a major shareholder, at its annual meeting on June 6. He granted Trinity an injunction preventing the company from excluding the proposal from proxy materials for its 2015 annual meeting, Reuters reported. The judge said a vote would serve the public interest.

Rector of Trinity, Rev. Dr. James H. Cooper, said it is not an anti-gun proposal but one that simply asks that the company give shareholders the opportunity to consider that “sale of certain products can have momentous consequences” — including selling guns with magazines capable of holding more than 10 rounds.

“We believe that on critical issues such as the sale of products that may threaten the safety or well-being of communities, corporate boards must exercise their oversight role to assure balance among customer, shareholder, and societal interests,” Cooper said in a statement.

“We have also been able to negotiate major changes in governance in another company’s board through ongoing confidential dialog,” Cooper said. “I believe this court decision will help us with future conversations with others.”

Sitting on an estimated $2 billion dollars of assets including some of the most prime real estate in Lower Manhattan, Trinity Wall Street is not your average church. The land it sits on was deeded by Queen Anne in 1705  and its graveyard holds well-known historical figures such as founding father Alexander Hamilton and inventor Robert Fulton.

Although Wal-Mart does not release sales figures for firearms, the Time Business estimates Wal-Mart sold between 1,700 to 1,800 guns in 2013 from its nearly 4,000 stores nationwide (about a third which carry AR-15 rifles).

For its part, the retailer may appeal the court’s decision. “Trinity’s proposal would interfere with Wal-mart’s ordinary business operations by seeking to regulate Wal-mart’s daily decisions on the hundreds of thousands of products sold,” said Wal-Mart spokesman Randy Hargrove.