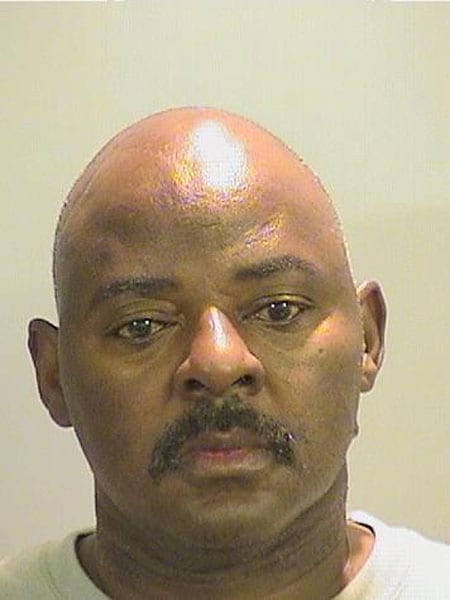 Horace Johnson said he does not intend to press charges against the woman for shooting at him after he allegedly threatened to kill her. (Photo: Tuscaloosa County Jail)

During what can be described as an ongoing domestic dispute, a man was arrested after the woman he was convicted of stalking shot him.

Horace Johnson, 55, had called and harassed the 41-year-old victim, whose name has been withheld, all day on Nov. 29. The victim told authorities that Johnson had threatened to kill her and when he showed up at her Tuscaloosa home around 10 p.m., she greeted him with her shotgun.

Johnson pulled into the woman’s driveway, stepped out of his vehicle and began yelling at the victim, local media reported. That’s when the woman stepped outside and fired two shots at him. Johnson’s neck was grazed by at least one pellet from the woman’s shotgun.

Johnson fled the scene, but stopped his vehicle a short distance from the woman’s home and called an ambulance.

He was transported to a local hospital and treated for his injuries, which were not life-threatening, and later booked into Tuscaloosa County Jail. Johnson now faces charges for third-degree domestic violence harassment and his bond is set at $1,000.

The woman told authorities that she shot at him because he threatened to kill her and she feared for her safety, and upon further investigation, authorities discovered that the man and woman had a history of domestic violence. In fact, Sgt. Dale Phillips, the commander of the Tuscaloosa County Metro Homicide Unit, confirmed that Johnson was previously charged with stalking the woman and was arrested in April after he attempted to burn down her house. A grand jury indicted him on both the stalking and arson charges.

It’s unknown if the woman had a protective order against Johnson.

At this time, no charges have been filed against the woman, who may be protected under the state’s Castle Doctrine and Stand Your Ground Laws.

In addition, Johnson said he does not wish to press charges against the woman because he admitted he instigated the incident by “calling her and bothering her,” a local Fox affiliate reported. Johnson also said he shouldn’t have went over to her house, but he just wanted to hear her voice.