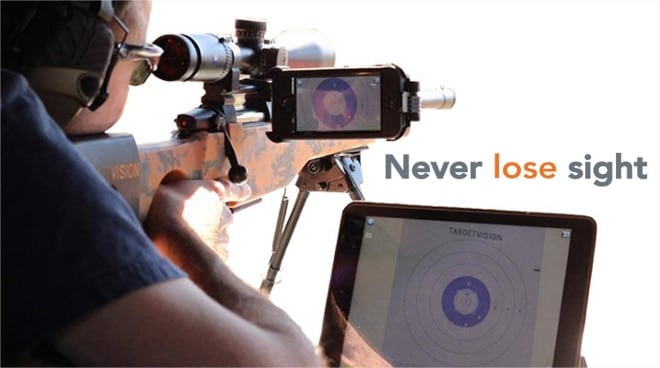 Shooting with live video of the target streamed to a phone and tablet is kinda like having a portable spotter. (Photo: Targetvision)

While they’ve made a name for themselves with their high-end spotting scopes that can be digitally tethered to a laptop, smartphone or tablet at distances as far as a mile away, this new lower-priced scope has a maximum range of 300 yards.

To use the scope you just head downrange and plunk it down 10 to 15 feet from the target, just a safe distance away in case of shrapnel or ricochet. Turn it on and it will stream a live feed of the target to its paired device up to 300 yards away. 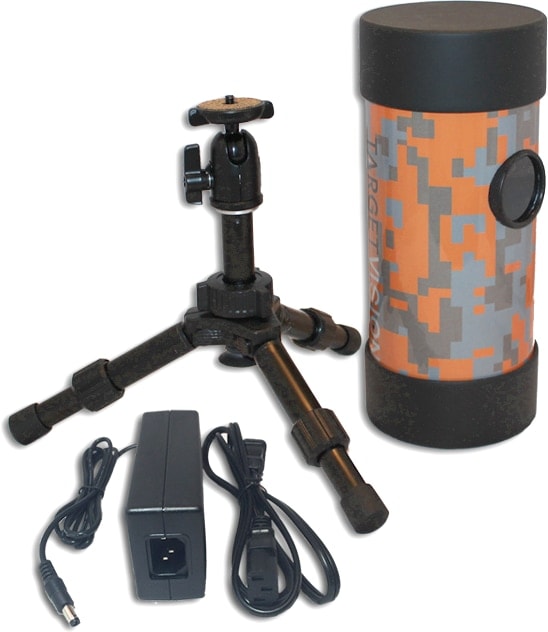 That’s more than enough reach for the bulk of shooters out there, especially rimfire shooters who rarely shoot targets at more than a couple hundred yards away. These spotting scopes are well-equipped to work with small-caliber cartridges and has the resolution to define even .17-caliber holes.

The idea behind digital spotting scopes is a combination of ease of use and added features. With these wireless scopes paired to a device its possible to archive countless trips to the range digitally, a powerful tool when working on shooting skills and developing custom hand loads alike.

Then there’s the fact that looking at a screen is fast and easier on the eyes compared to using a traditional spotting scope.

Slow, precision shooting can be just another day at the range but it can also be some of the most intense, deeply-focused trigger time a shooter can practice. Throwing the results up on a screen means taking some of the load off the spotter, which if the spotter happens to be the shooter means a less stressed shooter.

Having a digital spotting scope is a little like having a portable spotter. While it won’t call out your shots or give you wind speeds, because it uses a screen that can be set up inside your field of vision you can see your hits without having to move from your rifle to the spotting scope and back after each shot. 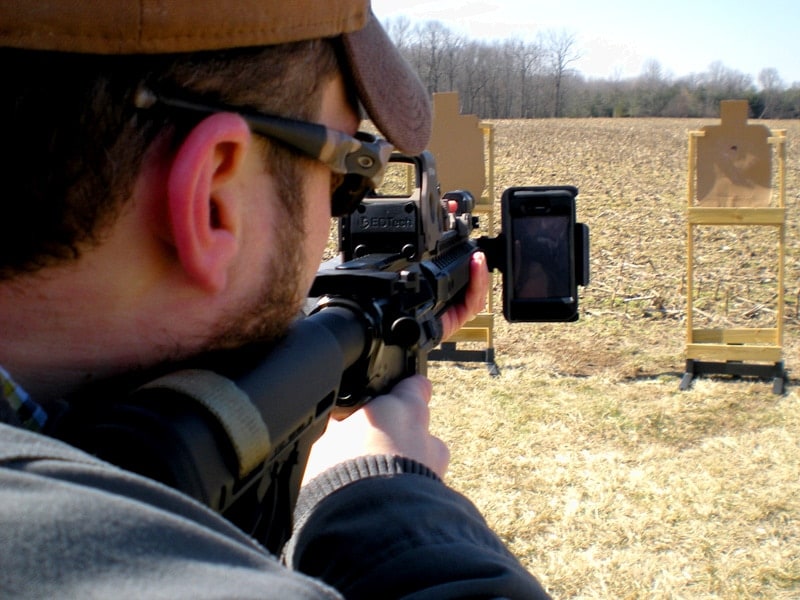 With iSights you can mount a phone to any Picatinny rail or modular handguard using rail sections. (Photo: iSights)

It’s even possible to mount a smartphone directly to a rifle now thanks to iSights. They produce a Picatinny-compatible phone mount that can be used to hang your smartphone off a railed handguard so you don’t even have to give up your cheekweld to use the wireless spotting scope if you set things up right.

Targetvision is taking pre-orders for its new short-range wireless digital spotting scope for $595, which puts it in the same price range as higher-end traditional spotting scopes and if you order by the end of the week Targetvision will guarantee a delivery in time for the holidays.

The price includes a tripod and molded hard case, which is a nice bonus, and of course, a charger. The spotting scope has a 16-hour battery life, according to Targetvision, which should be enough for multiple range sessions on a single charge if you forget to juice it up before heading out.

Targetvision also offers accessories like tablet stands and cases for iPhones and iPads that will come in handy for many Targetvision users.

If you’re interested in a wireless spotting scope but want the long-range model, Targetvision is currently running a promo where they’ll give you $100 off the $895 sticker if you want to trade in your traditional spotting scope in the process.

That’s not a bad deal if you’ve got an old, worn or just plain cheap spotting scope you don’t want to use anymore, although we expect plenty of people to hang on to their optical spotting scopes, at least at first.

This is cool technology, really forward-thinking. It may seem like a toy or a gadget to some but like smart scopes, just wait a few years, this type of wireless functionality will be a standard feature to high-end and eventually even mainstream scopes of all types, rifle, spotting, and the rest at shooting ranges everywhere.