Editorial: Head to your local gun shop while you still can 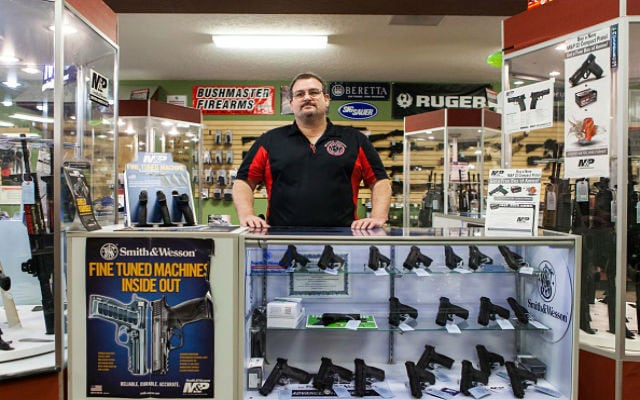 Steven King, the owner of Metro Shooting Supplies in Bridgeton, Missouri saw a run on guns and ammo in response to the recent violence in Ferguson, MO.

Some days, usually after reading the newspaper, it’s the only thing that makes sense: head to your local gun shop and load up with as much gear as you can carry. Now, before you think old Elliott has gone off the deep end with all this doom and gloom, take a moment to reflect on the world’s condition.

On any given day, an American can pick up the post and see direct evidence of an all-out effort to disarm law-abiding US citizens who simply wish to exercise the rights they have guaranteed under the Second Amendment to our Constitution. That alone should be enough to convince you to stock up while you can, but it becomes even more unnerving when you consider that President Obama, Eric Holder and their ilk, want the same thing.  That is their opinion of our precious Second Amendment rights.

I sometimes wonder what the liberal establishment thinks our country would look like if America didn’t have its unique gun culture–if we had never been armed?  My guess is that at ball games we’d all be standing to a rendition of God Save the Queen if we even had ball games or a country to call our own. And would we have ended slavery, or participated in both world wars, coming to other nations’ aid time and again, on and on? The answer to all those questions is very likely a resounding, no.

Then there’s the whole imbroglio violence taking place in Ferguson, Missouri–all made worse by pot stirrers like Al Sharpton and Jesse Jackson. Depending on what happens in the months ahead, I still see the very real possibility that this tantrum could continue to ripple and play out across the country in other communities in extremely unfortunate and abhorrent ways. (And, by the way, is it just me who thinks referring to Al Sharpton as a “Christian reverend”, is sort of like referring to the late Jeffrey Dahmer as a gourmet chef?) 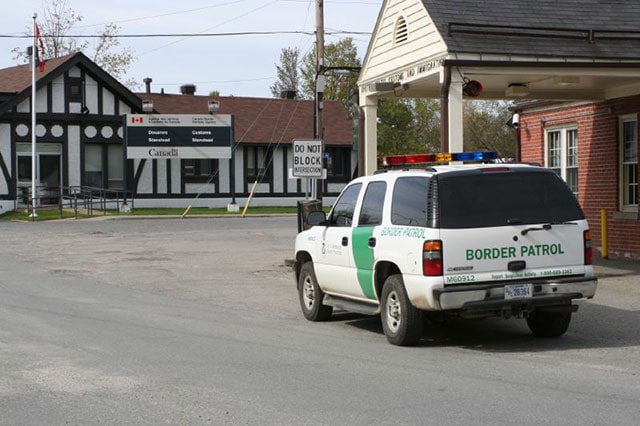 Border patrol at the Canadian border in Beebe Plain, Vermont.

Think also about the hordes of people making their way across our southern border. I would wager that a good number of them are pretty decent people, but keep in mind that they already broke our laws by coming here. And, while the figures are unknown to me, there’s clearly a sizable percentage of them who fit into the hoodlum category. That’s never good for our country, and dollars to doughnuts, crime rates will increase because of these immigrants, including all the violent crime categories such as murder and rape.

And if you think our southern border is porous, you should take a close look at our border with Canada. Because of a new book I’m helping to produce, I recently drove across the northern parts of our country, from west to east, and took hundreds of photographs along the way. Covering Washington, Idaho, Montana, North Dakota, Minnesota and Wisconsin, Michigan, Ohio, Pennsylvania, New York, Vermont, New Hampshire and finally the long loop around the top of Maine, thousands of border crossing regions have virtually no law enforcement presence whatsoever. As a matter of fact, in many of those unchecked crossing areas, the local Canadians casually drift back and forth across the border in order to buy the less expensive gasoline and groceries found in the US. I can’t say that I blame them at all, and their money spends too, but, lest we forget, it was our northern border that was infiltrated by the 9/11 savages, never mind our nice Canadian neighbors.

And now we have ISIS and Boko Haram threatening to enslave or kill us off. Al-Qaeda seems to be growing stronger by the day, and there’s little doubt that some of those mindless terrorists are planning attacks on American soil.

And then what? Well, I personally think the only sensible thing to do is to head to your local gun shop–while you still can.