I support open carry...sort of 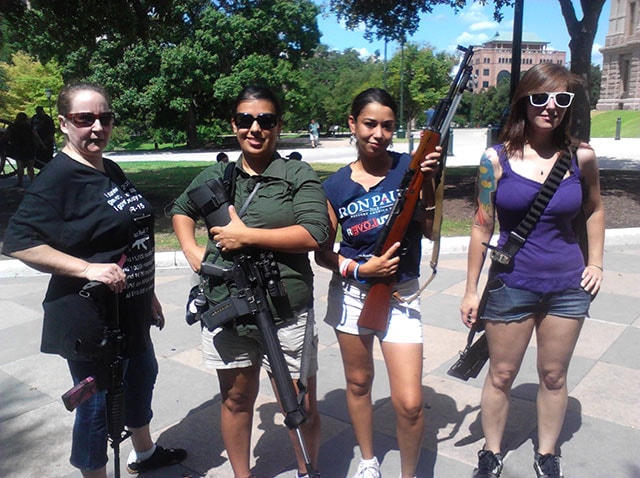 Open carry is great if you’re trying to make a political statement at a rally, but the last thing gun owners who carry for self defense need is undue attention.

As a kid, I opened carried all the time.  How else was I supposed to get my shotgun, my .22 rifle or my BB-gun down to the area where we’d be shooting?  Back then, it didn’t matter so much; but times have changed…and, in some ways, not for the better.

When I lived in Jerusalem, I saw a lot of people carrying their firearms openly.  I was fine with that.  I’ve seen handfuls of people in the US who open carry, too, although it’s much more rare, outside the occasional protest.

I met a guy once who was arrested for open carry in a shopping mall in Illinois.  He eventually won his case but it was unfortunate that there were even laws on the books that would get him arrested for safely carrying.  But that’s a lot politicians.

Anyway, this guy’s case was unique and he wanted to prove the point.  Good on him.  He’s a nice guy and he fought for his rights.  Where would we be today without courageous men and women standing up for their rights?

But I also know for a fact that it cost him a lot of money in legal fees, time and personal stress and, of course, he was also arrested and booked into jail with charges, which is the only part a lot of people are going to remember a year from now.

Regardless, it’s important that he’s passionate about his rights, and that is really where I think open carry can shine.  Putting politics to the side for the moment, I see, as a firearms instructor with LEO, military and civilian carry experience, some major cons to carrying in the open.  Here are four of my observations:

1.  Open carry gives away the element of surprise.

Tactically speaking, if your gun is showing you’ve already lost the element of surprise.  Some people who open carry might believe that if someone sees that they’re carrying a firearm it will dissuade them from being attacked.  That might be true with some people, but not all of them.  In truth, evil people might see an opportunity to attack no matter your visible defenses.  Either way, having your gun exposed puts you behind the power curve–surprise is your friend.  You don’t want to give that up.

2. Open carriers could be targets.

As I just alluded to, if someone sees that you have a firearm, it may just mean that they will attack you first.  As an air marshal, I hid my gun well.  I figured if anyone saw my gun and wanted to attack the plane, they’d have the upper hand.  They’d try to disarm me, or they’d try to kill me first.

In these scenarios, open carry, or not concealing your firearm very well, can get you targeted and killed first.

Again, you gain the tactical advantage by having the element of surprise.  This is the main reason I would never open carry in plainclothes.  (Note: Carrying in a law enforcement or military uniform is an entirely different story.)

If you’re carrying open and no one else is, eventually, some citizen will freak out and call the cops.  If there are many people open carrying, it makes more sense to do it.  But if not, a lone person carrying openly just brings unwanted attention from police and panics nervous nellies.

This may not bother some people, but for the most of us, we want to avoid this kind of police contact or anything that alienates the voters from gun owners (and gives the anti-gun crusaders ammunition).  Unless you’re trying to make a political statement at an open carry rally, the last thing gun owners who carry for self defense need is attention.

4.   There are some people in this world who just want attention.

While it may be few and far between, there are those who believe, outside of any political statement, that carrying a gun openly will make them look tough or important.  These people may have some issues with their own abilities or confidence or may even have a mental illness.  Who knows?

Again, I’m not saying that’s everyone, I’m not saying most or even a lot.  But I’m absolutely certain that there are people who want to carry openly for more than individual rights or freedom.  Some people just want to look tough and scare others, and frankly, that’s the wrong reason to carry.

In the end, I’m glad I live in a part of the country where I can carry firearms practically anywhere (and even openly if I so chose).  I’m grateful for the Second Amendment to the US Constitution, and I believe in a broad interpretation of it.  If people want to own and legally use and carry firearms, we must let them.

I’m glad people own and carry guns.  I think more people should.  I firmly believe, the more people with guns, the less troubles we’ll have.  And, if you want to open carry, and you’re legally allowed to do so where you live, do it.  If you want to carry concealed, do it. But remember to be smart about either.

People should have the right to carry firearms openly if they choose.  But for me, I chose to carry concealed.