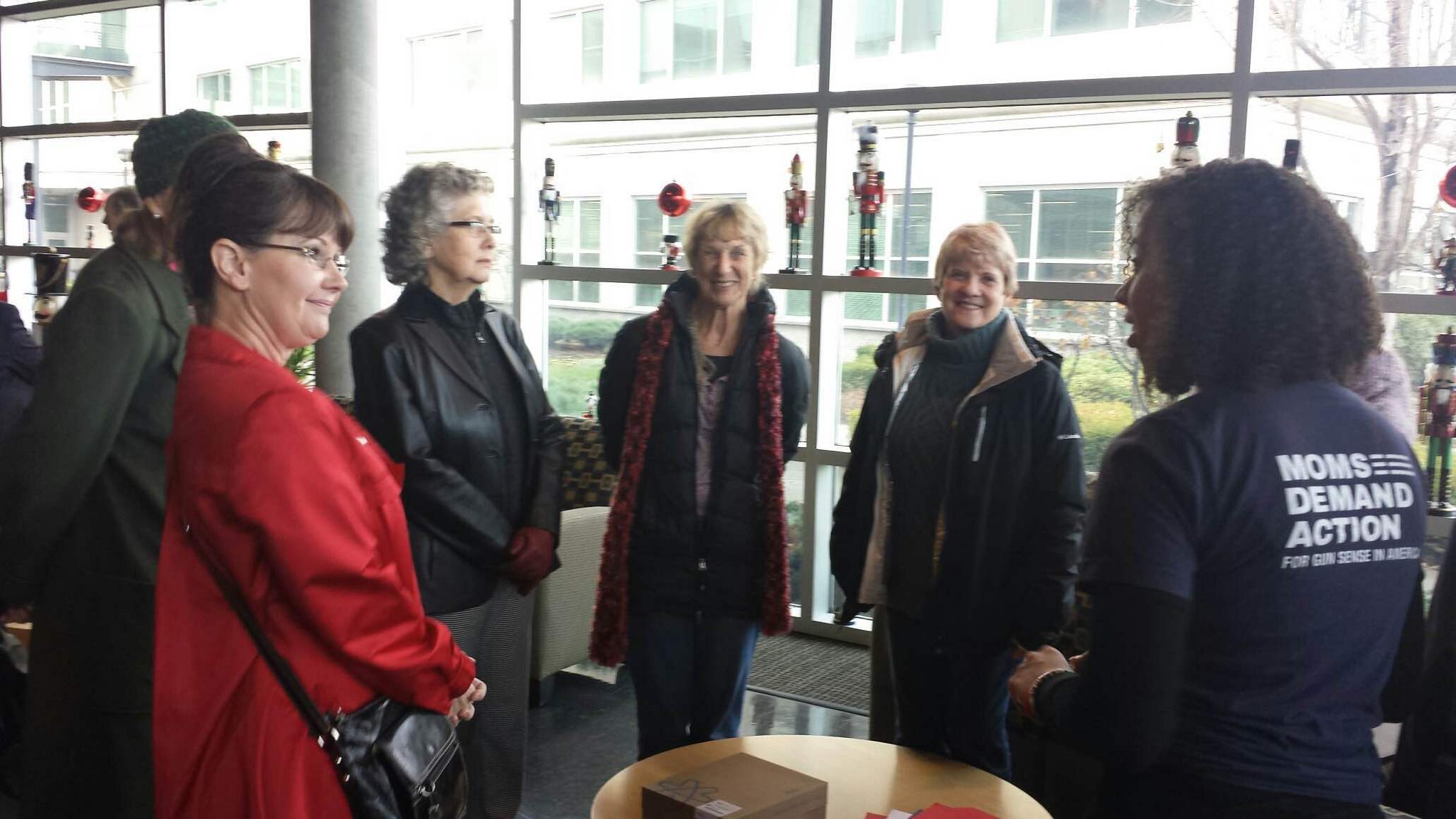 As part of their “12 Days of Kroger” drive, Moms Demand Action is targeting an Oregon-based grocery store chain to prohibit open carry.

Tuesday the gun control group presented 18,000 signatures to Fred Meyer corporate staff at the supermarket’s Portland, Oregon, headquarters. The petition, calling for the chain to ban the practice of open carry in its 132 stores, was circulated in the four states in which the grocer currently operates.

“I don’t want to worry about gunmen in the supermarket as my child and I shop for groceries,” said Anneliese Davis, with Oregon chapter of Moms Demand Action in a statement about the petition. “It is far too easy for criminals and other dangerous people to get a gun in America without a background check, and I’m uncomfortable shopping at a store that puts gun extremists ahead of the safety of my family. Fred Meyer should prohibit the open carry of firearms immediately.”

Founded in 1922, the Fred Meyer chain stores are found in Oregon, Washington, Idaho and Alaska. The company merged with Kroger in 1999 and its Arizona operations were split off to become Fry’s Marketplace outlets. Nearly 40 percent of the chain’s stores are in Oregon, where MDA, part of former New York Mayor Michael Bloomberg’s Everytown umbrella of gun violence groups, is pushing for expanded background checks on gun transfers.

Last month the Everytown-Moms campaign helped secure victory in an up or down ballot referendum in neighboring Washington state. That measure’s Kafkaesque wording has led to confusion as to just what it mandates when it takes effect on Dec. 4.

Representatives for Fred Meyer met with the 12-person delegation from the Mom’s group and listened to its presentation, however the grocery store chain stated that its policy is clear.

“Our policy is that we follow local laws,” Fred Meyer spokesman Melinda Merrill told Oregon Live. “So if it’s allowed in the municipality where our store is, then we follow the local law.”

The petition drive to Fred Meyers comes as part of the gun control group’s 12 Days of Kroger campaign launched earlier this week. According to its Facebook page, “For the next 12 weekdays, we’ll be contacting a different Kroger-owned grocery chain each day and asking them to prohibit open-carry of guns in their stores.”

The Moms have been locked in a protracted four-month battle with Kroger over open carry that has seen attack ads, a Bloomberg-funded survey of Kroger shoppers and rallies at the company’s annual investors’ meeting.