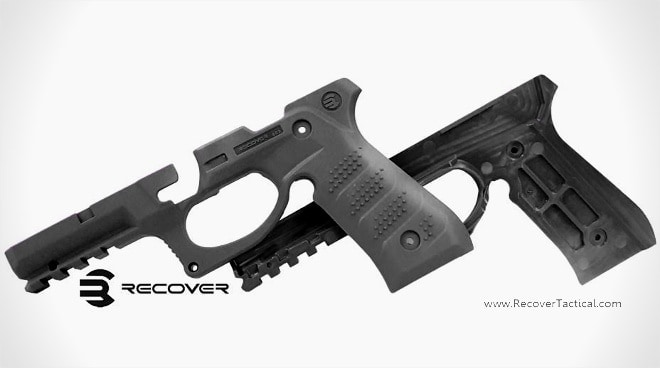 These grips add a rail to classic Beretta pistols made without them. (Photo: Recover Tactical)

Recover Tactical makes a different kind of grip. Ones that add rails to guns that weren’t made with them in the first place.

The company started with a set of grips for 1911 pistols. Now Recover Tactical has expanded its catalog to include grips for Beretta 90-series pistols built without accessory rails.

According to Recover Tactical, the grips may need to be fit if used with Italian-made 92FS pistols but will largely fit all Model 92, 96 and M9 pistols built without rails.

The grip works by replacing the standard grips and sweeping all the way around the dust cover. The two-piece design is locked together tightly with screws and nuts to prevent threading steel into polymer.

A lot of people, including us, thought these were a bit silly when they were first introduced. Since then we’ve made a complete about-face on the idea. They’re handy, easy to install and durable. 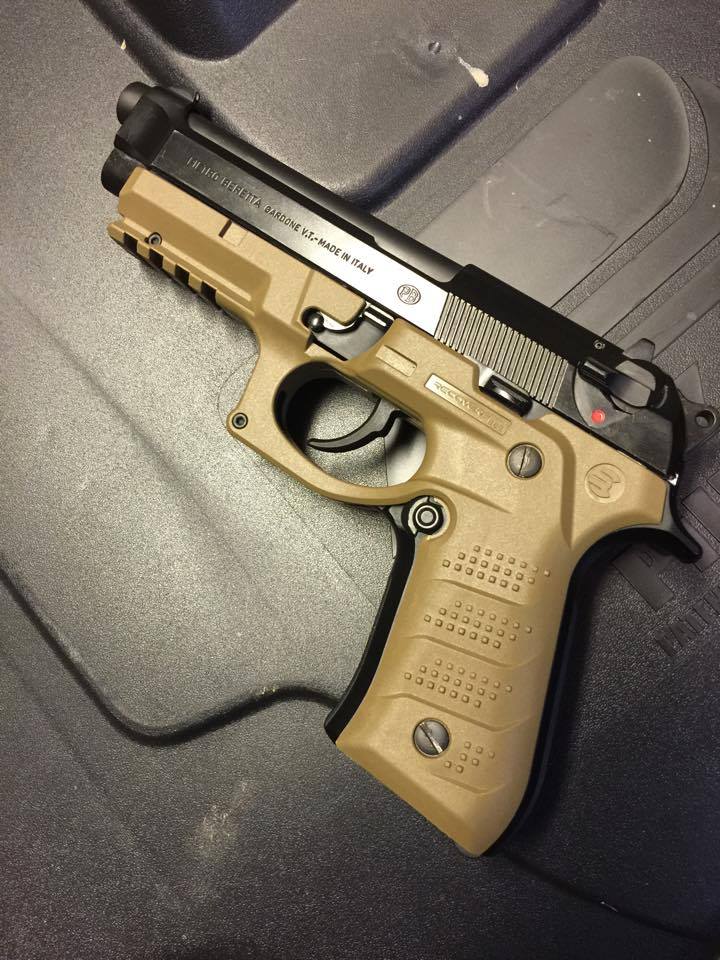 A customer photo from their Facebook page. They have a lot of happy customers. (Photo: Joe/Recover Tactical/Facebook)

These grips just work and are a simple upgrade even if in some rare cases they need a little sanding to fit. Especially when it comes to 1911s there can be a bit of deviation from model to model although Recover Tactical has done a great job of making their grips as universal as possible.

There are plenty of gun owners who bought their handguns before accessory rails were in vogue and would love to be able to use their existing guns, the pistols they are most familiar with, coupled with a light or laser sight.

On Recover Tactical’s Facebook page there’s a wall of positive testimony from gun owners everywhere grateful to have breathed new life into their fathers’ and grandfathers’ service pistols and we expect Beretta fans to be just as happy with Recover’s newest addition.

These are a great way to use accessories without having to buy a new pistol or worse, permanently altering a classic handgun. They also revamp the look of their guns giving them a modern style to match their added function.

The best part is how affordable they are. Recover Tactical sells these for just $49 with free shipping so you can try a set without putting a chunk of money in jeopardy if you think there’s a chance you won’t like them. The price is the same regardless of grip color and these are offered in black, olive drab green and desert sand tan.

The one necessary drawback to the system is that they add a small amount of width to the frame. This added material doesn’t make the guns realistically thicker than they are without the grips, since they’re still thickest at the slide and controls.

It does mean that if you carry your pistol you’ll probably need to have a custom holster made for it. That’s standard for a lot of gun owners who carry pistols with rail-mounted accessories and not a huge sticking point.

And it’s something Recover Tactical is completely aware of. Their solution is in the works, and it’s very cool.

Recover Tactical is planning to roll out molded retention holsters with universal accessory slots to accommodate just about any weaponlight, laser sight or combination light and laser device for both their 1911 grips as well as their Beretta grips.

The holster’s retention clip locks into the grip itself perfect fit between the latch and the gun. This is one pistol that won’t fall out of the holster no matter what you happen to be up to. When these hit the market Recover Tactical will really have a complete package.

If you own a classic Beretta pistol and have started to think about replacing it because it doesn’t have an accessory rail then you may want to consider picking up a set of Recover Tactical grips for it. It’s an inexpensive upgrade that will bring the gun well into the 21st century.

All the information you need to make the decision is on the Recover Tactical website.