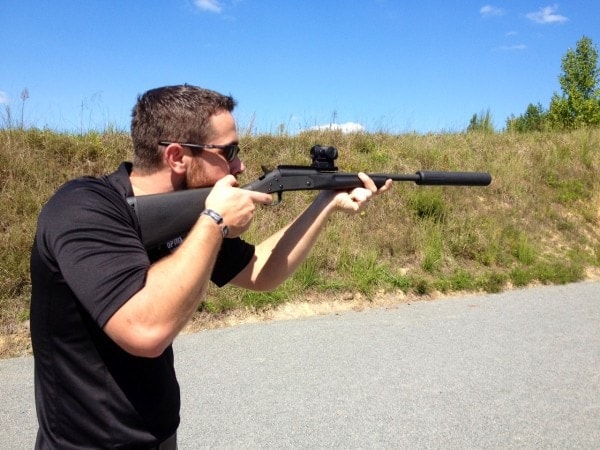 Legal use of suppressors by hunters in Florida to take game animals, approved just three weeks ago, is now facing a legal challenge. (Photo: AAC)

Three individuals, using a lawyer who helped the League of Women Voters oppose the change beforehand; have filed a challenge to the Florida Wildlife Conservation Commission’s recent change in how suppressors are used.

The petition, filed with the Florida Division of Administrative Hearings, is asking an administrative law judge to throw out the unanimous decision of the FWC Commissioners to allow hunters in the Sunshine state to take game animals with otherwise legal suppressors. The state had banned the use of the devices in harvesting deer, gray squirrels, rabbits, wild turkeys, quail, and crows with silenced/suppressed rifles and pistols since 1957. Taking animals with a suppressed shotgun or using silencer-equipped handguns and rifles on non-game nuisance species such as feral hogs and armadillos, was never regulated.

“Just as in football, in order to overturn a call made on the field, the referee must see ‘incontrovertible evidence’ that the call was incorrect,” explained attorney Christopher T. Byrd, who filed the petition in an email to Guns.com Thursday.

Byrd, continuing, “Here, the Florida Fish and Wildlife Conservation Commission offered no evidence at all to overturn the prohibition on the use of silencer-equipped firearms which was made over 50 years ago. Without some justification or legal analysis the rule should stand.”

The three petitioners in the challenge, Chuck O’Neal, Peri Sedigh, and Timothy Orrange Jr., cite concerns that should sportsmen use firearms with muffled reports, it could lead to an increase in hunting accidents since those in the area would not be able to hear gunshots. The three contend in court documents that they try to steer clear of gunfire in the woods.

This is not an action by average citizens who are well informed and educated on the issue,” Marion Hammer, president of the Unified Sportsmen of Florida and past president of the National Rifle Association told Guns.com. “This is nothing more than an orchestrated political effort by the League of Women Voters, one of the biggest anti-gun, anti-sportsmen organizations in our state. The lead plaintiff, Chuck O’Neal even put out a call on Facebook for people to join him who weren’t afraid to testify in court against the proliferation of guns with silencers.”

Byrd, who led discussion at a workshop by the LWV Gun Safety and Natural Resources committee to oppose the rule change in the weeks prior to the Nov. 21 decision in Key Largo, advises that the group is not associated with this new effort.

“The League is not a named Petitioner in the legal challenge, however, one of their committees on gun safety has formulated an opinion on the silencer issue,” advises Byrd.

The challenge to the FWC’s ruling is based on complete misinformation. The fact of the matter is that suppressors do not silence anything. They muffle the noise of a firearm by about 20 to 30 decibels, which is comparable to common earplugs or earmuffs.

Like we’ve pointed out before, even the most effective suppressors on the market on the smallest and quietest calibers, like .22 LR, reduce the peak sound level of a gunshot to around 110-120 dB. To put that in perspective, according to the National Institute for Occupational Safety and Health (NIOSH), that is as loud as a jackhammer (110 dB) or an ambulance siren (120 dB).

If the challengers are actually concerned with safety, they need to take a look at the facts. Allowing hunters to use suppressors will help sportsmen and women preserve their hearing, but it will not allow them to shoot silently, because there is no way to silence a gunshot. To claim that they do is no different than claiming that a jackhammer is silent.