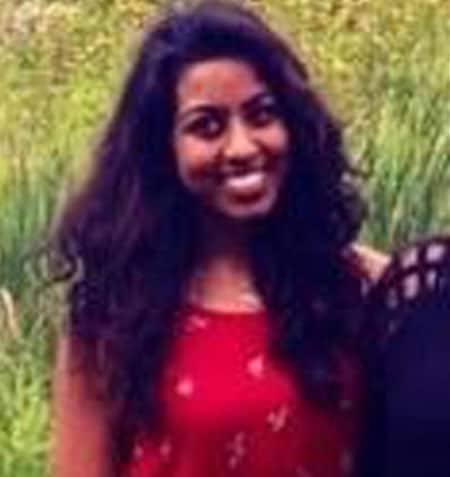 Nadia Ezaldein’s family had planned a birthday dinner for her the evening she was shot. (Photo: Chicago Tribune)

Court documents revealed that the family of the victim of a murder-suicide inside a Chicago Nordstrom on Black Friday attempted to seek protection from the man who fatally shot her, but a request for a restraining order seven months ago was denied.

A year after Nadia Ezaldein ended an abusive relationship with Marcus Dee, the man entered the Michigan Ave. Nordstrom where Ezaldein was working the day after Thanksgiving – her 22nd birthday – and after a brief verbal exchange shot her in the head before turning the gun on himself.

Dee was pronounced dead at the scene and Ezaldein died the following day.

The couple began dating in August of 2012, but Ezaldein ended the relationship last December when the abuse escalated to the point that Dee allegedly stuck a gun in Ezaldien’s mouth. But, according to Ezaldein’s family, Dee continued to harass and threaten her and her family over the last year, prompting Ezaldein to have her phone number changed three times, the Chicago Tribune reported.

In fact, the harassment got so bad that in April, according to local media reports, Ezaldein’s sister filed a restraining order against Dee for both her and Ezaldein. In the complaint, the sister claimed Dee had severely abused Ezaldein.

“He physically abused my sister, cracked her ribs, punched her jaw and fractured it, ripped all her clothing,” Ezaldein’s sister said in the documents.

Dee also allegedly “stabbed her jacket with a switch knife, ripped her boots and bruised her lip. (He) threw her clothes out the window and put (a) gun in her mouth.”

Ultimately, the judge threw out both petitions, citing lack of evidence from either party.

“She made reports in the past. Now, there was actually an incident the week before and we’re looking into the circumstances of that incident,” McCarthy said. “So, whoever’s saying that she was afraid to come forward, she did come forward. So, that’s just fact.”

Authorities continue to investigate the circumstances surrounding the tragedy, including where Dee obtained the gun he used in the shooting. McCarthy said investigators will be looking into “whether or not we could have prevented what happened.”