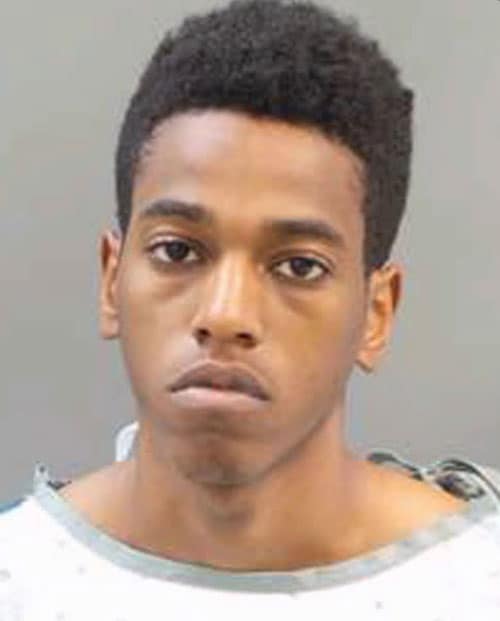 Six people were shot during an attempted armed robbery of a St. Louis bar late Tuesday night, but the act had some local residents wondering what the suspects were thinking, as the bar is well-known as a hang-out for off-duty and retired police officers.

According to reports by local media, three men with their faces covered by bandannas walked into Pooh’s Corner Bar at about 11 p.m. and announced a robbery as one suspect, later identified as 29-year-old Corey Wade, fired a shot into the air.

Another suspect, 20-year-old Derreaun Davis, then turned his gun on 63-year-old Diana Lawrence and shot her in the head as she sat next to her husband. At that point, a 65-year-old bar patron who is also a former St. Louis police officer, pulled his own gun and fired at the suspects. During the exchange, the former officer and two other patrons were hit by the suspects’ gunfire, however, the former officer also shot Wade in the eye and Davis in the shoulder.

The third suspect took off when the gunfire erupted and is still being sought by authorities. Davis later showed up at an area hospital seeking treatment for his injuries. He initially told authorities he was shot at another location, but they later learned that information was not accurate and he was in fact involved in the robbery attempt.

After he was shot, Wade attempted to flee the scene but collapsed before he got to the door. He was still at the bar when responding officers arrived and was taken to the hospital where he remains in critical condition.

Lawrence died as a result of the injuries sustained from the gunshot wound to her head. The former officer was shot in the leg and remains in serious condition, a 73-year-old bar patron is listed in critical condition and the fourth patron who was shot was treated and released.

The suspects’ getaway car was reportedly a stolen vehicle and as a result of Lawrence’s death, Wade and Davis are now facing murder charges along with assault, armed criminal action and attempted robbery.

Barry Murphy, who lives near the bar, told a local Fox affiliate that he’s not sure what the suspects were thinking when they attempted to rob the place.

Murphy suggested perhaps the owners put a sign on the door, warning criminals, “Do not enter. Cops bar. This is where we hang.”

“It’s a place you want to go drinking,” he said. “Because when all the cops are sitting there with guns, you feel pretty safe, or I do anyway.”

Ironically, the bar has been the target for three robberies, and during the last attempt, which was in 2008, the former officer was working there as a bartender at the time and also shot the suspect from that robbery.