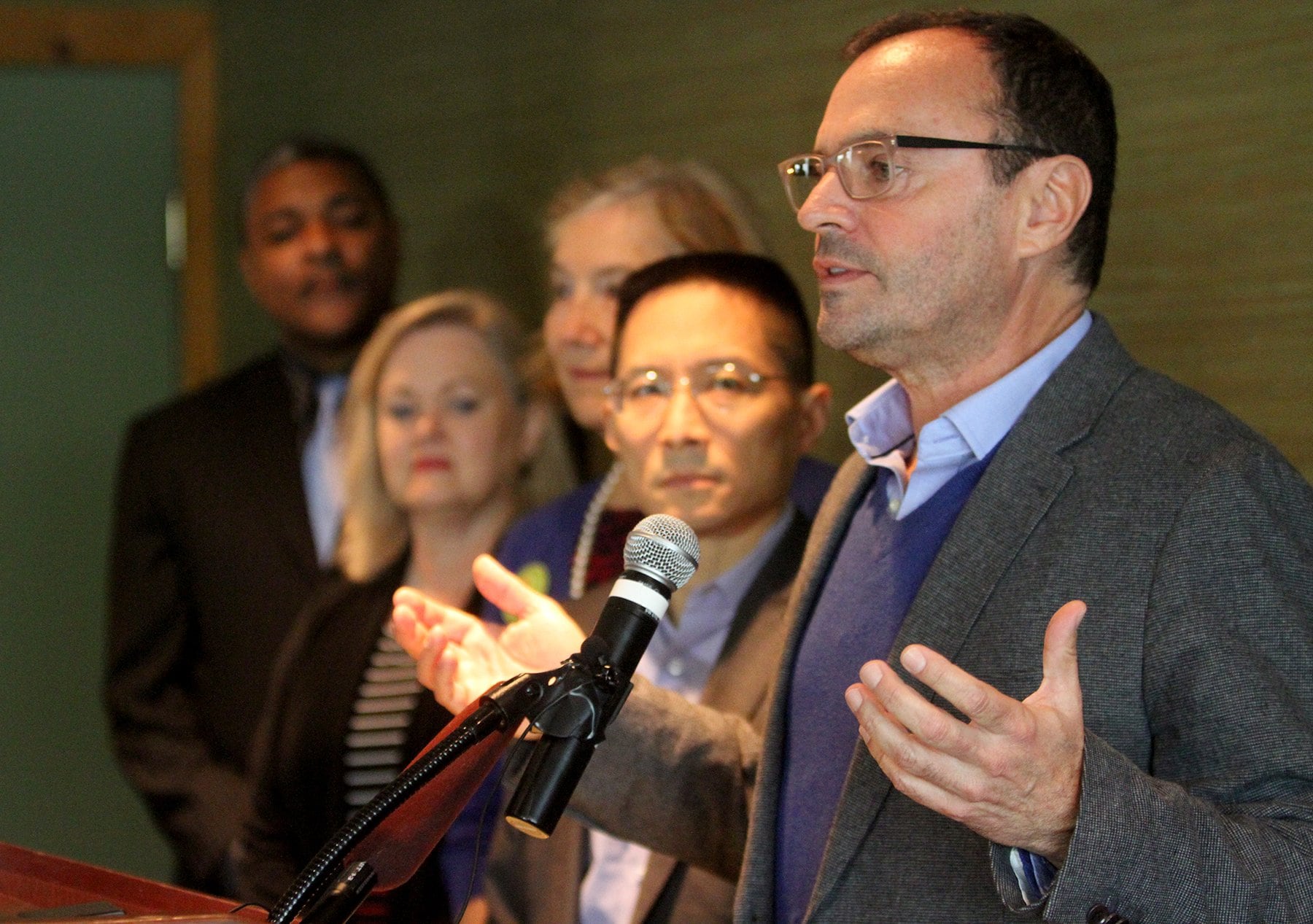 Sandy Brown, President of the Center for Gun Responsibility, headlined a host of new gun control measures they group intends to pursue in 2015. (Seattle Times)

An organization that supported the I-594 ballot amendment last month is doubling down against guns seeking to implement storage penalties, gun violence restraining orders and other requirements.

In a news conference covered by the Associated Press Thursday at Plymouth Church in Seattle, leaders for the Center for Gun Responsibility announced a wish list of “effective and meaningful” gun control measures they intend to push in the upcoming legislative session. The group was among those who fought for the controversial expanded background check initiative passed by Evergreen State voters in November. That effort was backed largely by a giant war chest filled with cash from Bloomberg-funded national gun control organs.

With that law now in effect, organizers are focusing their attention on other measures to limit access to firearms in hopes of combating gun violence. They include increasing the list of misdemeanors — such as for domestic violence — that result in barring gun rights, establishing criminal penalties for those who have their unsecured guns fall into the hands of children who use them and challenging perceived public health risks from lead at shooting ranges. On top of these, the group also wants to move on the new tactic of gun violence protection orders.

The practice of gun violence restraining orders has only this year been codified after California lawmakers passed a controversial bill, AB1014, signed into law by Gov. Jerry Brown (D). Under that state’s model, the avenue to implement the order would be the court system, who, upon being presented with a petition that contends an individual’s possession of guns in their current state could pose a general danger, could authorize an order to confiscate the firearms involved. The subject could then seek a hearing and prevent evidence that they are competent to get their guns back.

While no other states have adopted similar laws, New York is exploring the option of adding it to its arsenal of gun control measures.

Unlike California, however, the Washington group is seeking increases in mental health funding in tandem with its call to action.

Brown’s group has not unveiled proposed legislation, but is already gaining support from other gun control organizations in the state with the Washington Alliance for Gun Responsibility tweeting that they were,”Excited about action on these items – in 2015 and in future years.”

Gun rights advocates in the region are not surprised to hear of the new offensive.

“As expected, Bloomberg’s local front group is not going away and gun owners can count on them to continue to attack their Second Amendment rights,” Alan Gottlieb, chairman of the Citizens Committee for the Right to Keep and Bear Arms told Guns.com Friday.

The Washington state legislature is set to convene its next session Jan. 15, 2015.