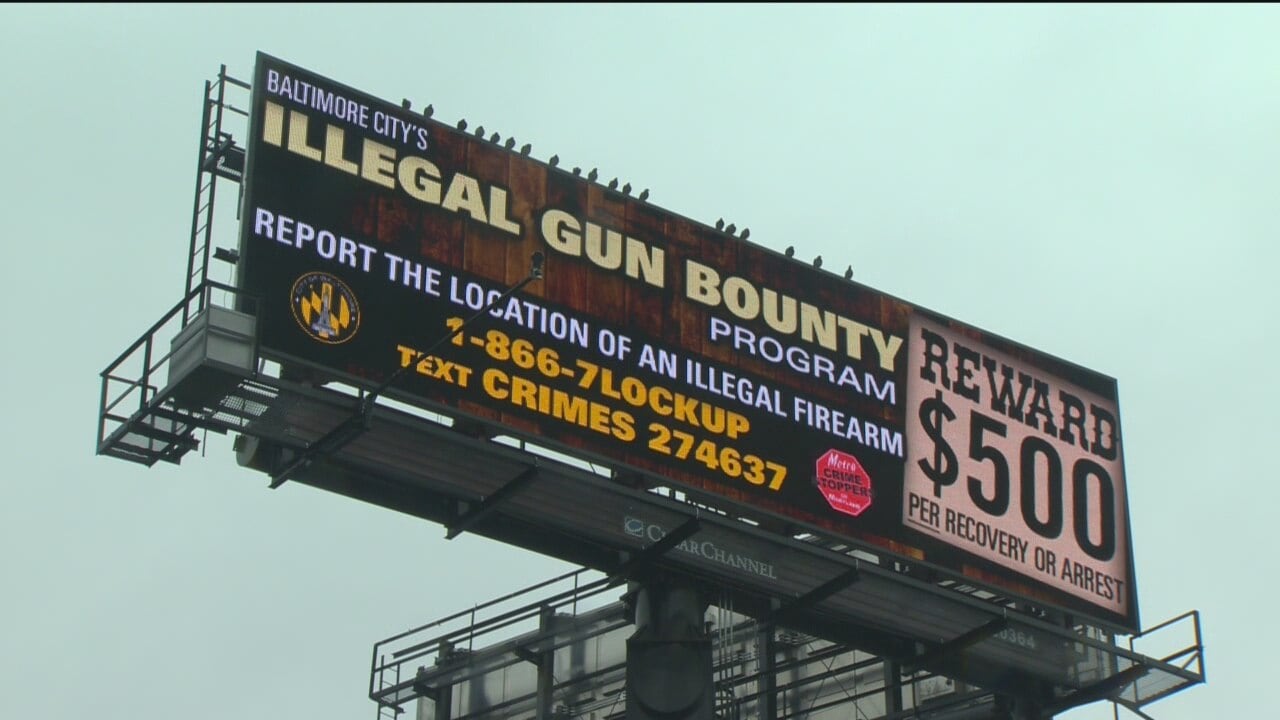 Officials in Baltimore, Maryland, have issued a standing bounty on illegal working firearms in the city, promising tipsters $500 for each lead that pans out.

As reported by WBAL, the one-year pilot program announced by Mayor Stephanie Rawlings-Blake (D) this week teams up Clear Channel communication, who is donating space on five billboards across the city to Metro Crime Stoppers to advertise the program. Should a tip lead to a felony gun arrest, the tipster could pocket $500 out of some $60,000 in funding that has been set aside by the Baltimore City Council. A further $500 bounty is placed on the illegal gun itself if it is recovered.

According to information from the Baltimore Sun, gun crime, while running some 5 percent lower than at this time last year, is still significant in the city of 622,000. Homicides, numbering 147 so far this year, are also down 14 percent.

The Monument City ranked number 7 in the 10 most dangerous cities in the country in a recent report from Forbes, placing between Atlanta, Georgia and Stockton, California.

Area officials are vocal members of national gun control groups with Rawlings-Blake being listed on the rolls of former New York Mayor Michael Bloomberg’s Mayors Against Illegal Guns organization and Baltimore County Police Chief Jim Johnson presiding as the chair of the National Law Enforcement Partnership to Prevent Gun Violence. That latter group has been outspoken in the law enforcement community about expanding background checks for gun transfers in an effort to keep guns from those not legally able to possess them.

They are so serious about the fight against illegal guns that Commissioner Batts — formerly chief of the Oakland Police Department, where a similar gun tip line existed — earlier this year held a gun to the suspect’s head and punched him in the face while trying to retrieve a firearm in a struggle.

Tipsters in the Baltimore area can provide information by calling Metro Crime Stoppers of Maryland at 1-866-7-LOCKUP, by texting to CRIMES or 274637 or by filling out an online form at metrocrimestoppers.org.