After more than two months of deliberations, the Staten Island district attorney announced Wednesday that the grand jury would not indict the New York City police officer for the death of Eric Garner, who died after being placed in a chokehold by the officer, the New York Post reported.

The announcement came just over a week after the St. Louis grand jury failed to indict Ferguson police officer Darren Wilson in the shooting death of 18-year-old Michael Brown and has led to an onslaught — and in some cases a continuance — of protests across the country.

Officers approached Garner, who had a history of illegally selling cigarettes, on a city sidewalk and after a brief confrontation wrestled him to the ground. The exchange was captured by several witnesses on cell phone video, some of who can be heard saying that Garner was being harassed for breaking up a fight.

As officers struggled to subdue the 400-pound, 43-year-old, Officer Daniel Pantaleo can be seen in the video wrapping his arms around Garner’s neck as Garner moved to the ground face down. Throughout the course of the struggle, Garner can be heard saying, “I can’t breath” a total of six times. 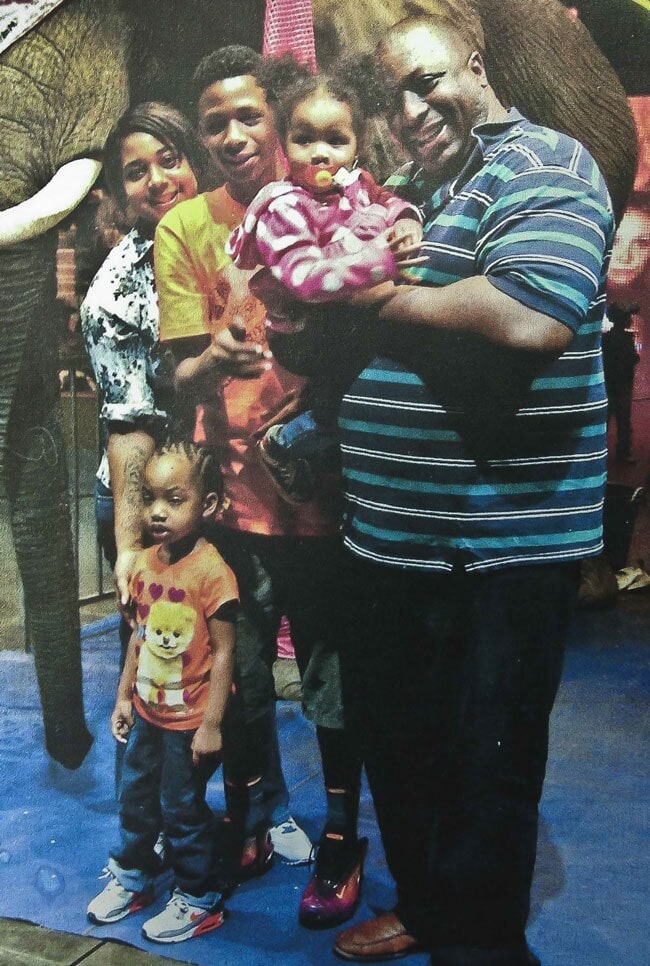 Eric Garner was a married man and a father of five with two grandchildren. (Photo: Mew York Post)

Moments later, Garner’s body began a jerking, which appeared to be a seizure. Garner was transported to the hospital where he was pronounced dead a short time after. It was later determined that Garner suffered from cardiac arrest.

Following an autopsy, the Medical Examiner ruled Garner’s death a homicide, a result of the “compression of neck (chokehold), compression of chest and prone positioning during physical restraint by police.”

Pantaleo argued that he didn’t use a chokehold — which is prohibited — but rather called it a “takedown technique” taught to officers at the police academy. Police union leaders back Pantaleo’s argument and accused the medical examiner of being involved in a political witch hunt.

Pantaleo expressed his condolences to Garner’s family in a statement released to the police union and said it was never his intention to harm anyone.

Police Benevolent Association President Pat Lynch believes Pantaleo only attempted “to do nothing more than take Mr. Garner into custody as instructed and that he used the take-down technique that he learned in the academy when Mr. Garner refused.”

Lynch also pointed out, “While we are pleased with the grand jury’s decision, there are no winners here today.”

“There was a loss of life that both a family and a police officer will always have to live with,” he added. “No police officer starts a shift intending to take another human being’s life and we are all saddened by this tragedy.”

Furthermore, the announcement of the grand jury’s decision has led to protests in several major cities, including New York, Washington D.C., Boston, Chicago, Dallas, San Francisco, Atlanta and Portland, but Garner’s stepfather, Benjamin Carr, urged protesters to remain peaceful and stray from violence like that seen in Ferguson last week.

Garner’s death has further driven a racial divide, as Pantaleo is white and Garner was black, and created an even greater wedge between law enforcement and the communities they are sworn to protect and serve.