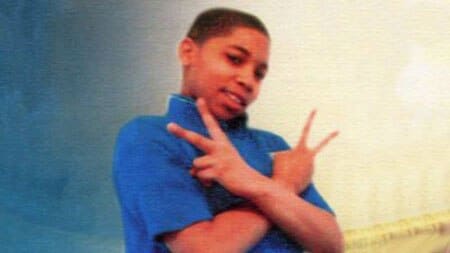 The lawsuit alleges that the officers confronted Tamir Rice “in a surprise fashion.” (Photo: USA Today)

The family of a 12-year-old boy who was fatally shot by Cleveland police officers last month while holding a toy gun, filed a civil lawsuit Friday against the city and the two officers involved.

The eight-page complaint, which seeks both punitive and monetary damages and requested a jury trial, was filed just one day after the Department of Justice released a report indicating that the Cleveland Police Department often uses excessive and unnecessary force.

The suit was also filed as information surfaced about the officer who fired the shots, namely that he was asked to leave the Independence Police Department, due, in part, to what the department felt was emotional instability, a lack of maturity and “dangerous loss of composure during live range training and his inability to manage personal stress.”

The suit accused the officers of excessive force, assault and battery and wrongful death, and maintained that the officers could have handled the situation in a different manner, one that was safer for everyone involved. The suit said the officers had a choice “to safely initiate their encounter from a safe distance but instead stopped their cruiser immediately next to young Tamir.”

Surveillance video which captured the deadly encounter as well as the shooting itself, showed that officer Tim Loehmann fired at Tamir within seconds of the patrol car, driven by officer Frank Garmback, pulling up to the park where the boy was located.

“Young boys playing with replica guns are commonplace in America and police are expected to approach them safely if an investigation is warranted, not shoot them dead within two seconds,” the suit stated.

Both Loehmann and Garmback are named in the lawsuit.

Furthermore, according to the complaint, there was no probable cause to arrest Tamir and he was not an immediate threat.

“Loehmann and Garmback acted unreasonably, negligently, recklessly, wantonly, willfully, knowingly, intentionally, and with deliberate indifference to the safety and rights of Tamir Rice when they confronted him in a terrifying manner, used deadly force on him, and failed to secure timely medical assistance on November 22, 2014,” the suit stated.

The suit also claimed that “Tamir was playing alone in the park. He was not endangering anyone. He was not violent” when the officers approached him. However, the person who initially made the 911 call told the dispatcher that Tamir was pulling the gun out, pointing it at passerbys and “scaring the shit out of everyone.” The caller also stated the gun was probably fake and Tamir was probably just a kid, but that information wasn’t relayed to Loehmann and Garmback.

Tamir was shot at least twice in the stomach and later died. The boy’s family also pointed out in the complaint that Tamir “lay on the ground alive and bleeding” for at least four minutes before any medical aid was given.

It wasn’t until after the shots were fired that the officers realized Tamir’s gun, which had the orange safety tip removed, was actually an airsoft gun.

Nonetheless, the shooting is one of several recent incidents involving law enforcement which have sparked protests around the country, and also had some residents and local legislators revisiting laws surrounding toy guns.

The incident remains under investigation while Loehmann and Garmback are currently on administrative leave. Aside from the civil suit filed by Tamir’s family, it will be up to the grand jury to determine whether the officers acted appropriately.