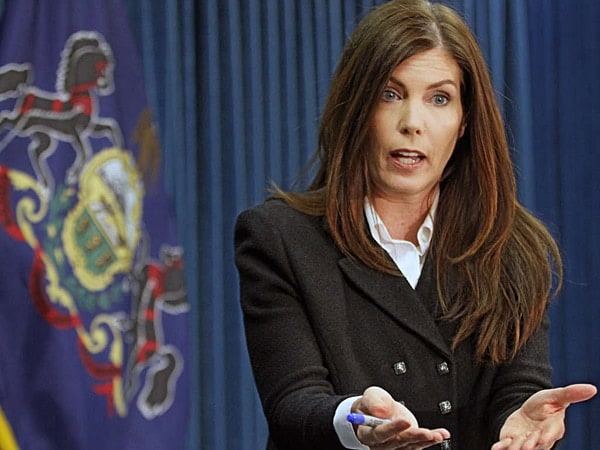 With cities across the Keystone State lining up to challenge Pennsylvania’s new preemption law, State Attorney Gen. Kathleen Kane announced Friday she would not defend it.

A collection of lawmakers, allied with a state gun control group, is challenging the law — called the “strongest firearms preemption statute in the country” — signed by republican Gov. Corbett earlier this month. The measure, added as an amendment to a metal theft bill, had passed the state legislature in November by wide margins. It allows groups such as the National Rifle Association to stand in for local citizens in challenging gun city and county control ordinances stronger than the state’s own laws in court.

“The attorney general determined it would be more efficient and in the best interest of the commonwealth for the Office of General Counsel to handle this matter,” read a statement obtained by Reuters Friday.

The challenge is being brought by the cities of Philadelphia, Pittsburgh and Lancaster as well as five Democratic state legislators.  Notably the three city leaders in the suit are members of Mayors Against Illegal Guns, which is part of former New York Mayor Micheal Bloomberg’s Everytown for Gun Safety organization.  A state gun control group, Cease Fire PA, is likewise a supporter of the action.

Kane, the first Democrat elected to the office, has a history of declining to defend laws she does not agree with. In 2013, just six months after assuming her position, she refused to defend Pennsylvania’s gay-marriage prohibition in court, calling it “wholly unconstitutional.” In May the Supreme Court agreed with Kane and struck down the ban.

The Governor’s office, currently in a lame duck period after Corbett lost his reelection bid to helm the state for another term to a Democratic challenger who carries an F-rating from the NRA, is not pleased with Kane’s decision.

“The people of Pennsylvania have elected Kathleen Kane to defend the Commonwealth and executive agencies. This is now twice she has refused to do so and defend the people that put her into office,” Corbett spokesman Jay Pagni told ABC27.

With the preemption law set to go into effect Jan. 7, 2015, some cities in the state have already repealed strict local gun ordinances to avoid legal challenges.

Earlier this month West Mifflin rolled back a statute placed on the books five years ago that required lost or stolen handguns be reported within 72 hours. Meanwhile Doylestown is evaluating its laws under advice from its insurance carrier for questionable gun restrictions.