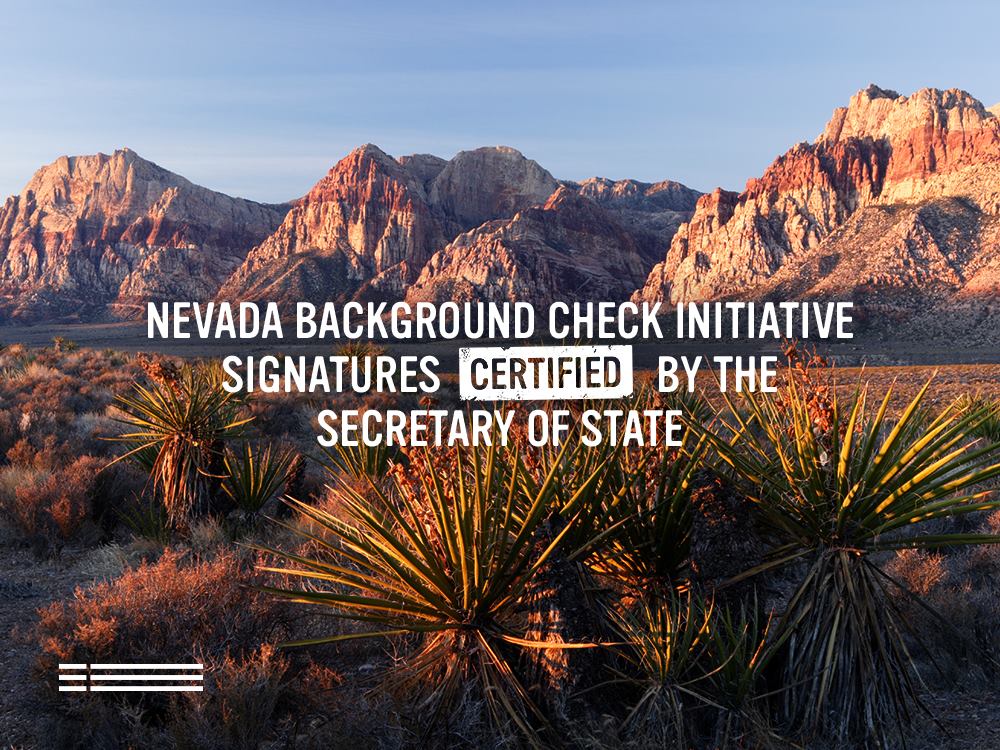 Gun control group Everytown for Gun Safety added a notch to its belt in Nevada on Monday after the background check initiative launched there received more than enough signatures for it to go before the State Legislature for passage.

If lawmakers don’t act on the initiative within the mandated 40-day window, the measure will be put in front of voters in November 2016.

If passed, the initiative would require background checks for anyone purchasing a firearm through a private seller or at a gun show. Currently, the law only requires licensed dealers to perform background checks on their purchasers.

The group gathered a total of 166,779 signatures in the four petition districts, according to the Nevada Secretary of State’s Office. Petitioners needed to collect 25,417 in each district and they surpassed that, gathering more than 40,000 in all four.

Everytown, part of a coalition of gun control groups backed by former New York City Mayor Michael Bloomberg, are hoping to duplicate a recent victory in Washington, where almost 60 percent of voters there passed a similar background check initiative. The law went into effect on Thursday, leaving local and state authorities unsure how to enforce it.

If things go as they did in Washington, Everytown can expect a significant push from gun rights groups in Nevada.

One Second Amendment group tried to derail the Nevada background check initiative last week, saying the signatures were filed a day too late.