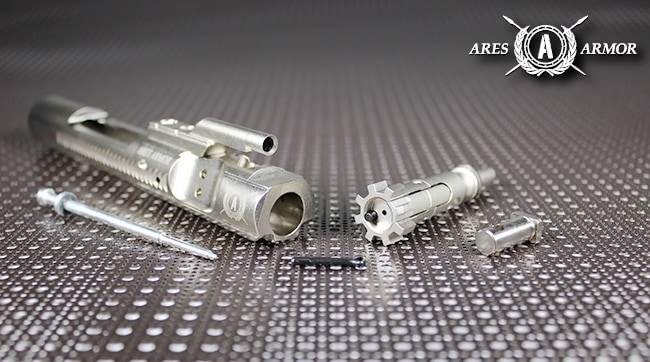 In the modern era of shooting sports, military science and self-defense reason, the AR-15 is generally accepted as an easy-to-use, practical and reliable firearm that’s incredibly flexible and well-suited for the majority of shooter needs everywhere.

The fact that the AR-15 is America’s favorite gun isn’t something that happened overnight. In recent years every single AR-15 component has been redesigned, reimagined and reinvented to address shortcomings or to enhance performance.

One of the last components to see significant improvement is one of the rifle’s most critical, the bolt carrier group. While almost all manufacturers have switched to heavier MIL-SPEC M16 bolt carrier groups, only recently have companies started to take a new approach to the core parts.

One of the easiest ways to improve the performance of a bolt carrier group is to opt for a better finish. The standard phosphate coating is corrosion-resistant and adds a slight amount of lubricity but these days nickel-boron and nitride finishes are becoming standard as they’re better in both departments and add a level of wear resistance as well.

Ares Armor goes one step further with its nickel-boron treatment process with their new NiB MK1 MOD0 Nickel Boron Bolt Carrier Group. Every part is individually coated before assembly to guarantee total coverage and Ares has developed a proprietary method for the treatment that “perfects the sodium borohydride reduction agent.”

“Many will simply mix the solution, check the percentages at the beginning, and not continually check levels throughout the process. That is why some NiB parts start flaking off like cheap chrome,” he said.

On top of that Ares starts with a premium full-auto 8620 steel bolt carrier group. The carrier is chrome-lined for added surface hardness and heat resistance, with a fully-staked gas key and paired with a 9310 steel bolt complete with a hardened extractor and Crane O-ring.

Priced at just $129 the NiB BCG MK1 MOD0 has to be one of, if not the most affordable nickel-boron bolt carrier group on the market. But if that’s still out of your price range then check out the new Reduced Friction BCG.

The changes aren’t limited to just a less expensive — yet superior to phosphate — nitride finish instead of nickel-boron. The bolt carrier has been contoured to focus contact with the upper receiver on just a few precise points of contact, reducing friction and requiring less lubrication.

Lubricants have a tendency to attract carbon fouling and grime and a sticky bolt carrier is an unreliable bolt carrier. Ares’ design minimizes the amount of carrier that can be fouled in the first place meaning that even if it is run dirty, the energy from the gas system will likely overcome any grime that’s built up on the limited points of contact for all-around improved reliability.

Although the finish is different the Reduced Friction BCG is still built to the same high standards as the NiB BCG MK1 MOD0 and construction from the same steel alloys. All that makes the price that much more attractive at just $119.

Right now, if you want a reduced friction bolt carrier group with a nickel-boron finish, you’ll want to look into the new E-BCG by Lantac. 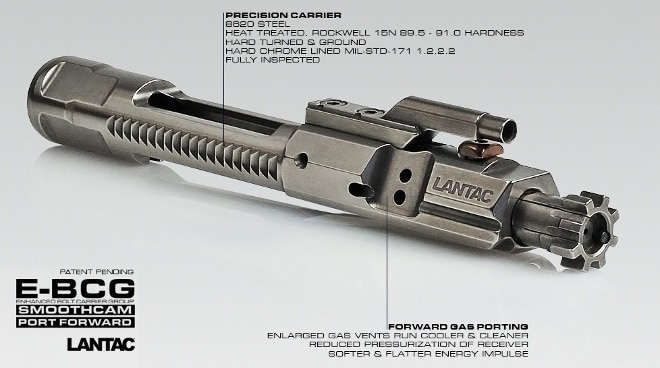 If this bolt carrier group were tweaked much more it wouldn’t be an AR part anymore. (Photo: Lantac)

Lantac, a rising star in AR accessories, is jumping in feet-first with their E-BCG or Enhanced Bolt Carrier Group. The company already has a solid reputation for their high-performance muzzle brakes and are moving into new areas concerning ARs.

Like the Ares Reduced Friction BCG, the E-BCG has been redesigned to minimize drag with a flared tail and flat cutouts. The chrome-lined carrier is also machined from 8620 steel but is paired with a Carpenter 158 bolt.

The changes don’t stop with the improved contour and superior finish with Lantac’s E-BCG. They have also slightly enlarged the gas vents to reduce back-pressure without opening them up to the point where they become a particle-inducing reliability.

The gas vents are also directional. They’re ported at an angle to direct gasses forwards away from the shooter. This is great news for lefties and anyone who runs their rifle suppressed as the angled ports are designed to tackle “gas to face.”

And finally, the E-BCG uses a domed heat-treated stainless steel cam pin with an ultra-polished surface that minimizes wear to the upper receiver. 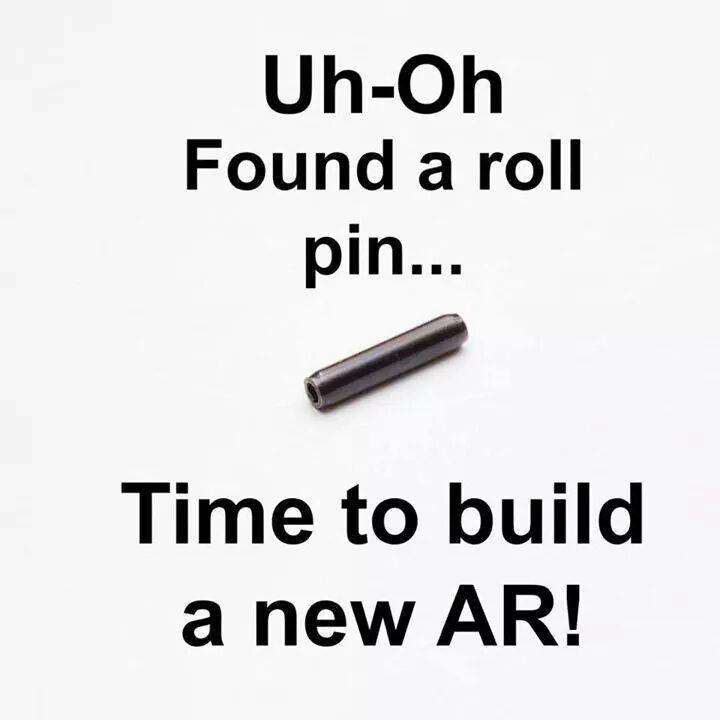 The new Lantac bolt carrier is, of course, the most expensive of these improved bolt carriers with an MSRP of $285. Real-world prices are expected to be in the mid- to upper-$200s.

But really, you can’t go wrong with any of these enhanced bolt carrier groups. Whether you’re looking to upgrade your favorite AR, building a new gun or finally completing that lower you bought in 2012 these bolt carrier groups should be on your parts list.

Enhanced parts like these also make great gifts for your favorite AR shooter this holiday season. There’s nothing wrong with having spares, and nothing like turning old parts into spare parts thanks to shiny new components.