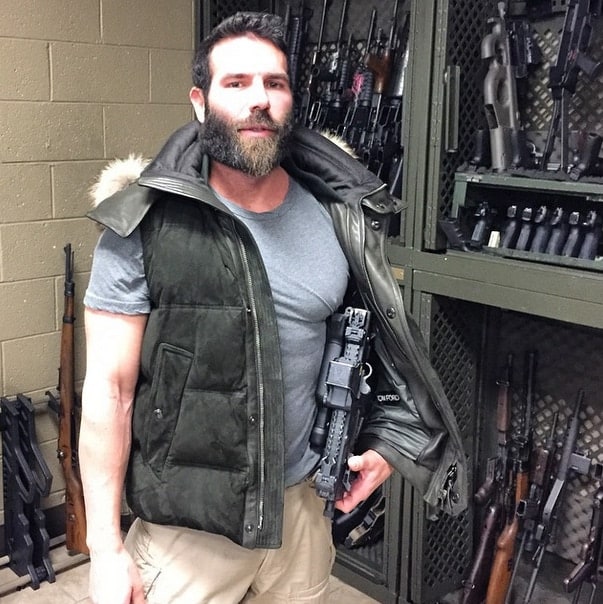 Dan Bilzerian attempting to conceal a Kriss carbine under his vest. (Photo: Bilzerian/Instagram)

Millionaire poker player Dan Bilzerian was arrested when he landed at the Los Angeles International Airport late Tuesday for trying to make a bomb, TMZ reported.

The arrest warrant was issued in Clark County, Nevada, where Bilzerian allegedly violated a state law stating that it’s a crime to possess an explosive or incendiary device with the intent to manufacture it.

Authorities said the 34-year-old had ammonium and aluminum powder, along with ammonium nitrate mix. When the chemicals are mixed, they create a substance that acts like TNT.

The warrant was issued in November, but it was sealed so authorities could investigate the matter at greater length.

The arrest comes a day after Bilzerian, who regularly posts images of his lavish lifestyle of babes, guns, cars and money on instagram, reportedly kicked a woman in the face at a night club Saturday night.

Bilzerian is currently being held at a Los Angeles County Jail without bail, and if convicted of the bomb-making charge he could face put to six years in prison.