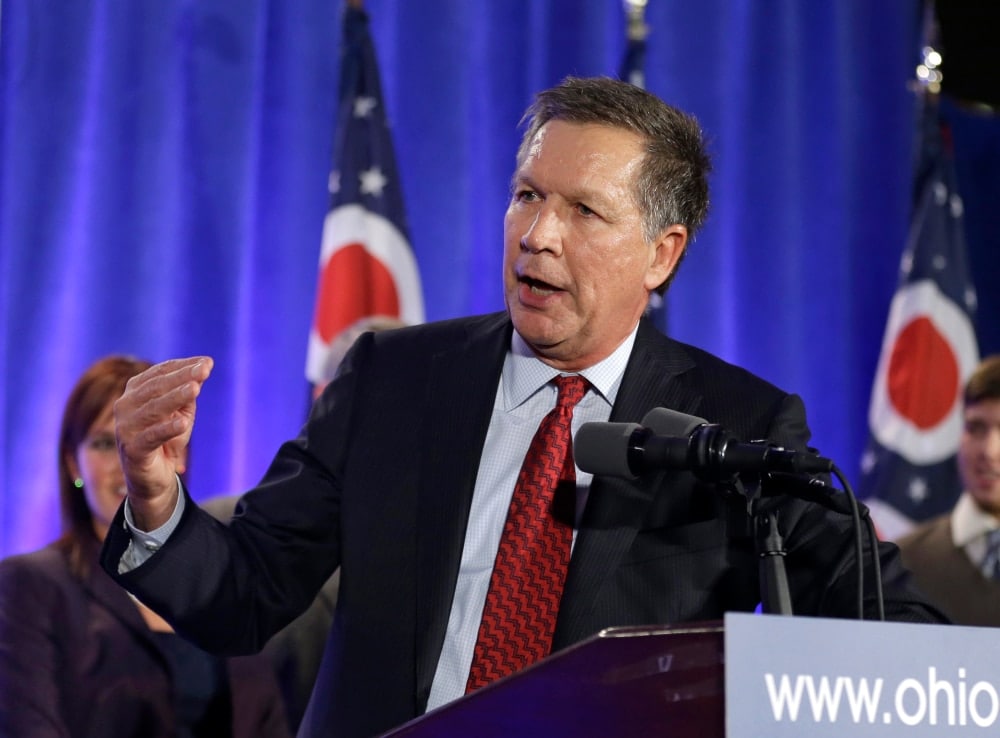 It is now the job of Gov. John Kasich (R) to sign or veto a bill expanding gun rights in Ohio to include the use of suppressors by hunters, concealed carry reform, and mandatory shall-certify rules for police chiefs. (Photo: AP)

In a victory for Second Amendment advocates in the Buckeye State, the Ohio House gave final concurrence to a bill that will allow hunting with suppressors, loosen rules for concealed-weapons permits and other reforms.

Beginning life as a bill that only legislated a repeal in the state’s ban on using legally possessed suppressors while hunting in the state, the measure over time grew to include a number of changes to the state’s concealed carry laws. These include reducing the number of hours required in training, relaxing the residency requirements to apply for a permit, and providing a grace period for renewals by active duty members of the military.

The bill passed the Ohio Senate on Dec. 9 by a large 24-6 margin and was concurred 69-16 by the House on Wednesday. It now proceeds to Gov. John Kasich (R) for consideration.

“Our work today makes it easier for law-abiding citizens to exercise their right to bear arms while putting in safeguards – real safeguards – to keep people safe in Ohio,” Sen. Joe Uecker (R) said in a floor speech during the Senate’s vote on the measure  earlier this week.

Relating to the use of sound suppressors, commonly referred to as silencers, the act allows for hunters in the state to hunt wild turkey and other game birds; small game such as squirrels and rabbits; and white-tailed deer and feral pigs. It further includes a “Shall Sign/Certify” provision to require Chief Law Enforcement Officers to process National Firearms Act applications for suppressors and other Title II firearms such as short barreled rifles and transferable machine guns. Once Gov. Kasich signs the new law, CLEOs will be required to sign applications unless the applicant is found to be a prohibited person.

According to the latest figures from the Bureau of Alcohol, Tobacco, Firearms and Explosives, the number of registered suppressors in Ohio increased by 144 percent in a one-year period ending April 2013 to some 25,353 devices. A trade industry group specializing in the devices championed the show of strong support for increased acceptance of suppressors, pointing out the safety benefits of their use in the field.

“We are thrilled about the passage of House Bill 234,” explained Knox Williams, president of the American Suppressor Association to Guns.com.”Over the past two days, both chambers of the Ohio State Legislature have stepped up tremendously. Sportsmen and women everywhere deserve the right to be able to hunt without fear of permanently damaging their hearing. Lawmakers in Ohio have done their part to help. It is now up to Governor Kasich to sign this legislation into law.”

Should the bill become law, the ASA cites that Ohio will become the 34th state to allow hunters to use legally possessed suppressors in the field for all game animals.

Among the other tenents of the bill are provisions to reduce the number of hours required for concealed carry permits in the state from the current 12 hours down to eight. Further, the state’s reciprocity process to recognize other jurisdiction’s permits would be eased and non-Ohio residents who work in the state could apply for Ohio permits without becoming residents.

In a move to increase safeguards and oversights, permit applicants will be screened through the Federal Bureau of Investigation’s National Instant Criminal Checks System, which will have the side benefit to permit holders that they will not have to have a NICS check performed on gun transfers in the state provided their card is valid.

Nevertheless, not all are happy with the bill. Soon after the Ohio state House cleared the bill, the area chapter of a national gun control group issued a call on Gov. Kasich to veto the legislation.

“H.B. 234 would allow anyone with a concealed carry permit from any state—even states that have no training requirements and award permits to criminals—to carry a concealed, loaded gun in public in Ohio,” said Michele Mueller, the Ohio Chapter Leader of Moms Demand Action for Gun Sense in America in a prepared statement obtained by Guns.com. “Moms stand with law enforcement and other advocates to urge Governor Kasich to veto H.B. 234 because we should let Ohio set the standards for who can carry a gun in our state, not another state’s legislature.”

Kasich, who received the endorsement of the National Rifle Association in his landslide win against a Democratic challenger in November, has not released a statement on whether he will sign or veto the legislation.