74-year-old woman thwarts pawn shop robbery with a her .38 (VIDEO) 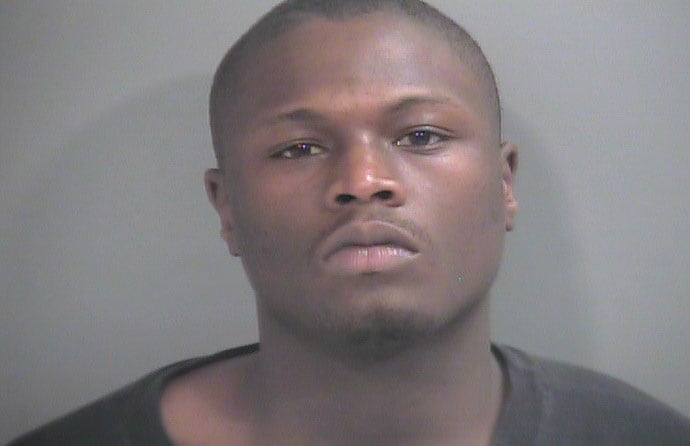 Two suspects are in police custody, one recovering from a gunshot wound, after an attempted robbery Saturday morning at a Springdale, Arkansas, pawn shop went awry.

Local media reports indicate that 25-year-old Marcus Gould and 20-year-old Leon Roberson entered the C & S Gun and Pawn at about 9 a.m., both wearing hoodies and one toting a duffel bag.

“They split up, they both pulled out hand guns that looked like black semi-automatic pistols and began to rob the store,” said Lt. Derek Hudson with the Springdale Police Department.

But the suspects likely didn’t anticipate that the 74-year-old woman standing behind the counter was also armed. Shirley Cornett, who owns the pawn shop with her husband, Clint, pulled out her .38 revolver and opened fire on the suspects, striking Gould in the arm. After an exchange of gunfire, the suspects skipped out of the pawn shop empty handed.

Cornett was grazed in the chest with a bullet that ricocheted off of a stack of books, but it did not puncture her skin.

Roberson later dropped off Gould at a hospital about 65 miles from where the attempted robbery occurred. Gould, who tried to check into the hospital under a different name, originally told authorities that he was shot in Little Rock, some two and a half hours away, but police found inconsistencies in his story and later determined that he and Roberson were likely responsible for the attempted robbery.

Roberson later returned to the hospital to check on Gould and was apprehended by authorities after attempting to flee on foot.

Gould is under security detail while he recovers from the gunshot wound, which is said to be non-life threatening, and Roberson is currently being held in the Washington County Detention Center with a $250,000 bond. Both men are facing charges for Attempted Capital Murder and Aggravated Robbery.

Clint Cornett told reporters that his wife is still very shaken up over the incident, but is otherwise okay.

Cornett also said that this isn’t the first time their pawn shop has been targeted either. Another robbery occurred about two years ago, but although he didn’t elaborate Cornett said, “They didn’t get away that easy last time.”