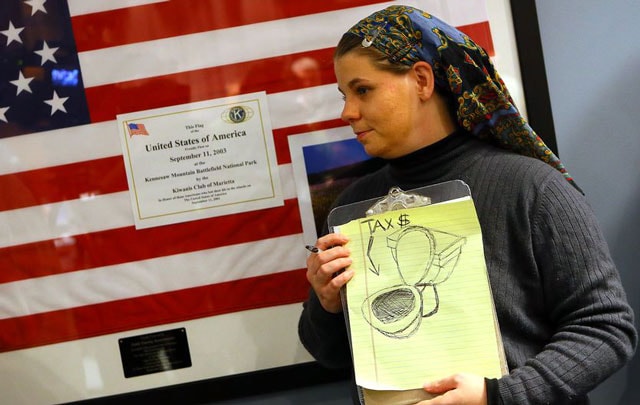 Amy Barnes is an outspoken political activist who, after observing local law enforcement questioning a black man outside of a convenience store on Easter Sunday 2012, yelled out, “Cobb police suck! Fuck the police!” Barnes then flipped off the cops and rode away on her bicycle.

However, the officers followed and arrested her for attempting to “incite an immediate breach of the peace.”

“They came after me like it was some action movie,” Barnes said.

But following her arrest, Barnes filed a federal lawsuit against Cobb County for violating her First Amendment rights, and Tuesday the courts acted in her favor.

“Ms. Barnes’ comments to the police may have been offensive, but no one in the United States of America should be chased down and arrested for their free speech,” said Barnes’ lawyer, Cynthia Counts. “The officers argued that it was a bad neighborhood and you shouldn’t disrespect the police because it could create issues.”

The judge pointed out that while yes, Barnes’ foul mouth may have been offensive, insulting or inappropriate, she did not pose an immediate threat or incite violence.