Check out these cool Iraqi surplus AKs for sale in U.S. 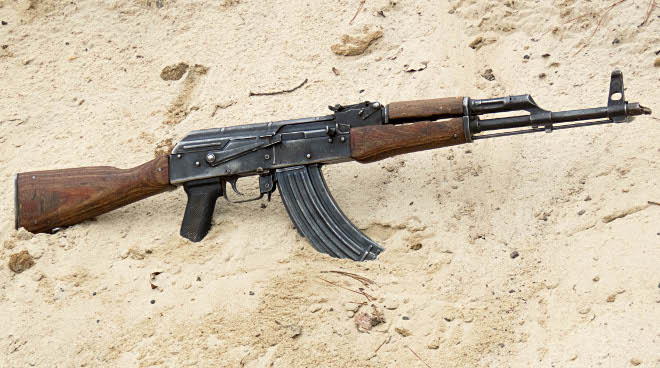 An Iraqi contractor WASR-10, in its native environment, the sand. (Photo: Atlantic Firearms)

Atlantic Firearms has a limited supply of Iraqi contractor AKs, WASR-10 rifles to be specific. These Romanian-made rifles are thought to be surplus guns originally used by SOC-USA or Ugandan contractors working with U.S. forces in Iraq to provide security.

These used rifles show all the character and wear you’d expect to see with arms that have been used in the field and have a certain bring-back feel to them that’s sure to draw some attention at the range.

Best of all is their low price, just $449 including one 30-round magazine, but “mag type might vary.” Being moderately pre-loved, they are sold as-is without a warranty, but inexpensive as they are, that’s not much of an issue. They are all in good working order, which, being AK-pattern rifles, ought to mean they still have a few decades of use in them.

These WASR rifles are based off the 7.62x39mm AKM design, the most common AK style in the world. They have a timeless look with their wood furniture, apart from the polymer pistol grips, all of which is guaranteed to have a few nicks and dings from use. Likewise, the bluing is going to be thin to gone in places. 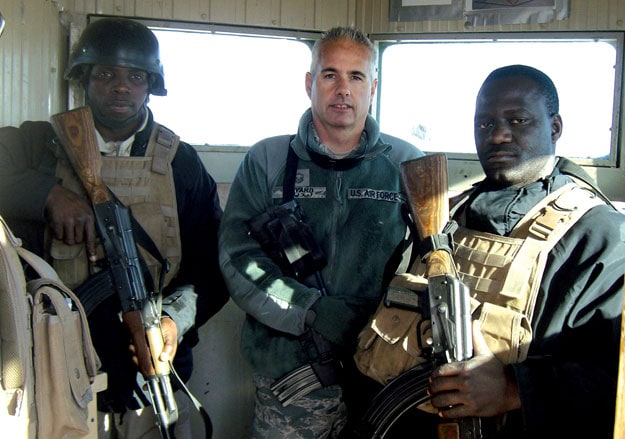 The rifles also may or may not include the cleaning rod, and Atlantic is not taking special requests on these orders. What you get is what you get, such is life. But they’re still WASR-10s, which have a solid reputation even as budget rifles.

They are built on stamped receivers, have 16-inch chrome-lined barrels and sport slant brakes at the muzzle. The receivers are equipped with rails for optics if you like a little contrast on your guns.

But if you’re looking to keep things classy, or at least, authentic, then you’ll want to accessories these with nothing other than ammo, and maybe a little Paki Tape.

These rifles were imported by Century Arms, which previously managed to bring in some Iraqi contractor AR-15s manufactured by DPMS for security forces.

If you’re looking for a first gun, you might want to keep looking. Atlantic Firearms has new WASR-10 rifles for $529 that come with a much better finish, two 30-round magazines and are backed by a one-year warranty. In either case Californian buyers can add a magazine lock for $45.

These Iraqi rifles are still great conversation pieces, though, and priced as low as they are, will be hard to pass up for die-hard AK fans and anyone who’s spent some time in Iraq.

Not everyone wants a brand-new gun and these mark a point in recent military history that’s worth every scratch. Besides, one person’s wear is another’s polish, and in that light, these are very finely-polished rifles.

For these and other guns check out the Atlantic Firearms website. Atlantic has a great reputation and you can’t really go wrong buying from them.