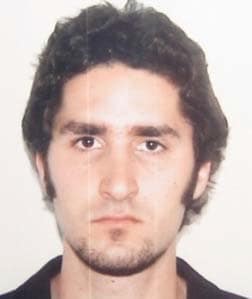 Wilfrido Cardenas Hoffman, 31, of El Hatillo, Venezuela, waived his right to indictment and pleaded guilty in front of a Hartford federal court.

“These threatening calls, just two days after the tragedy, compounded the collective suffering of all of the citizens of Newtown and needlessly stressed law enforcement resources at a critical time,” said Deirdre Daly, U.S. Attorney for the District of Connecticut. “It is reprehensible criminal conduct. We are committed to investigating similar hoax crimes and prosecuting all who commit them, here and abroad.”

According to court documents and statements made in court, on Dec. 16, 2012, two days after the shooting that claimed 26 lives at Sandy Hook, Cardenas Hoffman used a voice over IP application on an iPod to make numerous phone calls from his home in Venezuela to Newtown residences.

In another call, he said, “This is Adam Lanza. I’m gonna kill you. You’re dead. With my machine gun. You’re dead [expletive].”

Investigators found that he made more than 90 calls to approximately 47 phone numbers of Newtown residences, but not all of the calls were successfully placed and answered.

The U.S. Attorney’s Office filed a criminal complaint against Cardenas Hoffman on May 20, 2013, but it remained sealed until authorities arrested him on June 21, in Miami as he transitioned through Miami International Airport en route to Mexico from Venezuela. He has been detained since his arrest.

The agent in charge described Cardenas Hoffman’s actions as further victimizing “an already vulnerable community” due to the threatening tone of the calls and proximity to the tragedy.

“As a society we simply cannot tolerate this type of heinous behavior. Crimes like this will continue to be a priority of the FBI,” said Patricia Ferrick, FBI Special Agent in Charge.

Cardenas Hoffman faces up to five years in prison and a $250,000 fine. His sentencing is scheduled for Feb. 12.