Couple finds intruder in their home, remembers they have a 'recreational' shotgun (VIDEO) 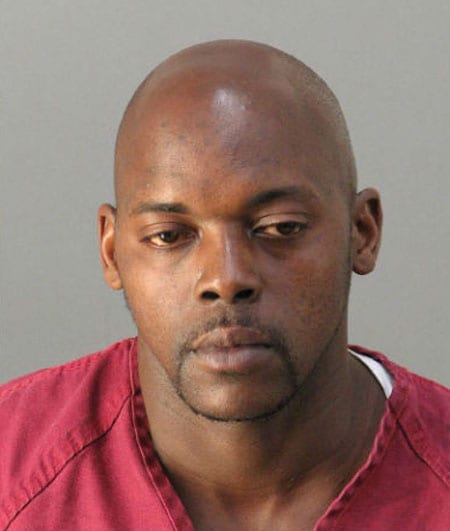 One Birmingham couple got quite a scare Tuesday morning when a man forced his way inside their apartment and attacked them.

Samantha Cart told a local Fox affiliate that she had gone out just before 5 a.m. to take their dog for a walk. She didn’t notice anything unusual around the apartment building, but went she returned home and walked through the door, a strange man followed her and pushed his way inside.

“At first, I was just stunned, like, ‘Who is this in here?'” Samantha said. “And then he pushed me and I fell right here in the hallway and he had my arms and was pinning me down.”

But at that point, Samantha was screaming, a sound which immediately told her husband, Caleb, who was asleep in the bedroom, that something was very wrong.

Without hesitation, Caleb ran to the Samantha’s aid, and the two men became involved in a scuffle. Samantha called 911, but looked on as her husband struggled to subdue the man. She knew there was little she could do physically to help her husband.

“Then I remember we had our shotgun sitting against the wall, so I picked it up and grabbed it,” Samantha said.

The 12-gauge was primarily used for recreational skeet shooting and Samantha was not familiar with how to operate it. Nonetheless, she attempted to slide a round into the chamber, but failed.

“I just wanted it to make that noise,” she later said, with a little bit of laughter.

Although she didn’t successfully chamber a round, she still handed the shotgun to her husband, which was enough to persuade the intruder that he did not want to carry on with his current actions.

“Standing there with the gun, I said, ‘If you move, I’m going to think you’re going to attack me again and I will shoot you. I have the safety off,'” Caleb recalled. “I showed him the rack in the slide and I told him, ‘That is how it’s going to be and we’re going to wait.'”

The couple, although terrified over the ordeal, still had some encouraging words for Jones.

“I’m sorry that whatever in your life brought you to this point where you should hurt or rob people,” Caleb said. “Hope you find it in your heart to stop hurting other people to get your own way in life and best of luck when you get out.”

Samantha said she would pray for him, and added, “If he came in here because he’s hungry or cold or whatever, I hope it gets better.”