Holiday bank hold-ups on the rise 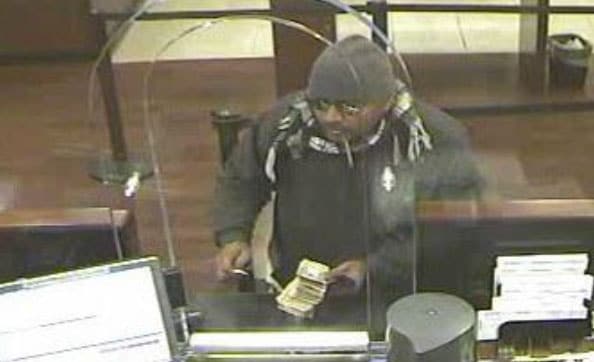 There’s been an upswing in bank robberies this shopping season.

While authorities said some bank robberies are motivated by drug addictions and the desire for more possessions, some come from pure desperation. 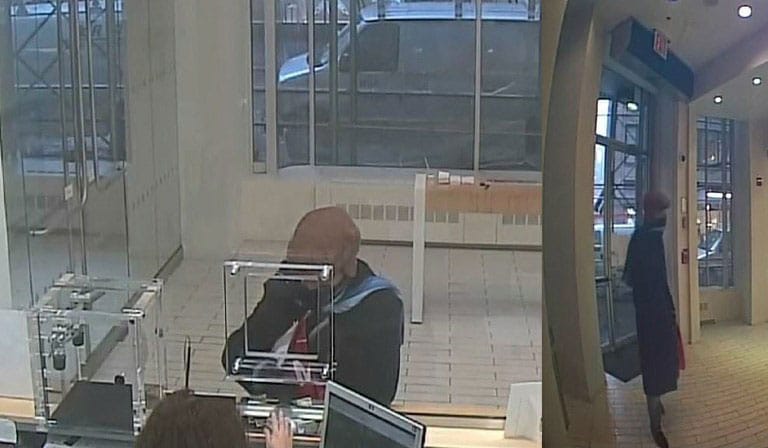 A white male, 5’10” man wearing a brown flat cap or newsboy cap is wanted for robbing a HSBC Bank in Manhattan. (Photo: FBI)

“Holidays are often desperate for a lot of people, and bank robbery is a desperate act,” Lindsay Ram, a spokeswoman for the FBI’s Washington field office, told the Bangor Daily News.

In the Washington, D.C. area, the number of bank robberies were less than 75 annually over the last two years, but of those robberies, about a quarter took place in December, which is typically the national trend.

A man around 6′ tall and fit is suspected of robbing the Alma Bank in Queens, NY, on Dec. 6. (Photo: FBI)

Robert McCrie, professor of security management at John Jay College of Criminal Justice in New York, said he believes some bank robberies are the result of reports of other robberies and the reoccurring message for consumers – and crooks alike – to spend money, which is especially prominent during the holiday season.

“December is a month of celebration, and people have a desire for stuff,” McCrie said. “It’s not a matter of need, it’s a matter of want.”

“I think it’s really that combination of financial and emotional pressure that causes an uptick in robberies during the holidays,” Johnson said.

Ram said that in the Washington area alone, there have been seven bank robberies this month, two which involved the same suspect, and Chicago saw eight hold-ups in just four days earlier this month.

Across the nation, there were 5,684 bank robberies in 2013. During those bank robberies, which according to FBI statistics make up less than two percent of overall robberies annually, 18 people died, 15 of whom were the suspects. The average amount taken during bank robberies hovers just over $3,500.

As always, the FBI urged bank employees and shoppers alike to be vigilant during the holiday season.