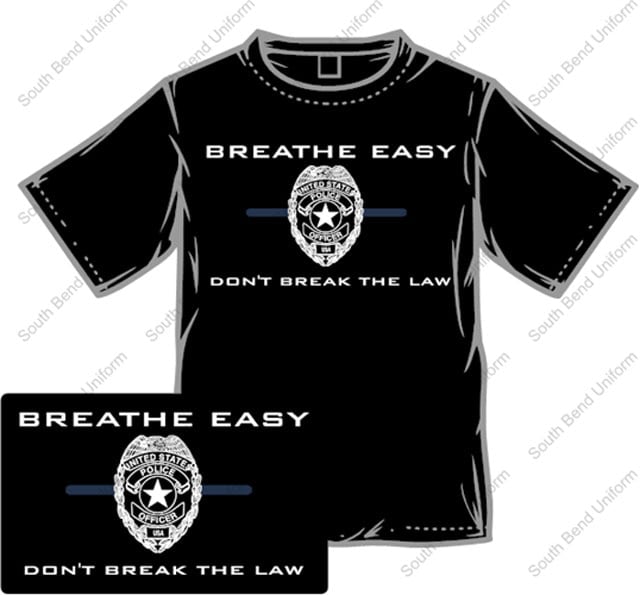 What one man saw as a good idea, apparently isn’t being perceived as such to a lot of people. After Notre Dame players wore “I can’t breathe” shirts, in support of Eric Garner who was killed after being placed in a chokehold by an NYPD officer, Jason Barthel, a Mishawaka police officer and business owner in South Bend, came up with his own slogan and the “Breathe Easy: Don’t Break the Law” shirts were born.

Barthel said he created the shirts as a chance to bring people together and show law enforcement’s point of view.

“We are not here to do anything negative to the public,” Barthel said. “We’re here to protect the public and we want you to breathe easy knowing that the police are here to be with you and for you and protect you.”

But not everyone has taken to the idea and some find the slogan a little more than disturbing. In fact, Barthel’s Facebook page has been flooded with negative comments, with some even making comparisons of the suggestion to follow the law with the Nazi Party asking the Jews to just follow the law instead of hate the Nazis.