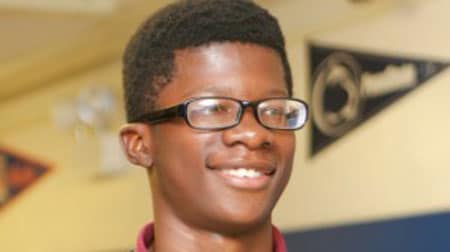 Four teens have been arrested and charged for the fatal shooting of another teen, who authorities said was trying to protect his twin brother, during an attempted robbery over the weekend in Chicago.

The twins, Demario and Demacio Bailey, were on their way to basketball practice at their school when they were approached by the four teens, who started to go through Demacio’s jacket pockets and told him to “give it up,” the Chicago Sun-Times reported.

But apparently Demario attempted to intervene and told the suspects that his brother didn’t have anything and demanded them to leave him alone. After a brief struggle between Demario and the four teens, gunshots rang out and Demacio began to run away. Moments later, Demacio realized that his brother was no longer with him.

Demacio ran back to the scene, only to find his brother lying on the ground suffering from a gunshot wound to his chest. Demario later died, just three days before turning 16.

With the help of surveillance videos and cameras on nearby traffic lights, authorities found three of the suspects just a few blocks away and the fourth suspect was apprehended about an hour later.

Investigators later discovered that the four teens, identified as Deafro Brakes, 17, Isiah Penn, 17, Tarik Brakes, 16 and Carlos Johnson, 17, had committed two other armed robberies and attempted to rob the twins all in a matter of six minutes, WGN reported.

The four suspects all face charges for first-degree murder and are being tried as adults.

Rachel Terry, Demario’s educational advisor at Johnson School, told the Huffington Post that he was a “model student” and that the worst demerit he had ever received was for chewing gum in school his freshman year.

“He came to school for one purpose, which was learning,” Terry said. “He and his brother were inseparable but competed with each other for good marks, GPA. … They were the type of students that every teacher wants.”

Terry also added that the school has hired security, which is paid out of the charter school’s own budget. She said they have requested more police patrols in the area, but have seen nothing change.