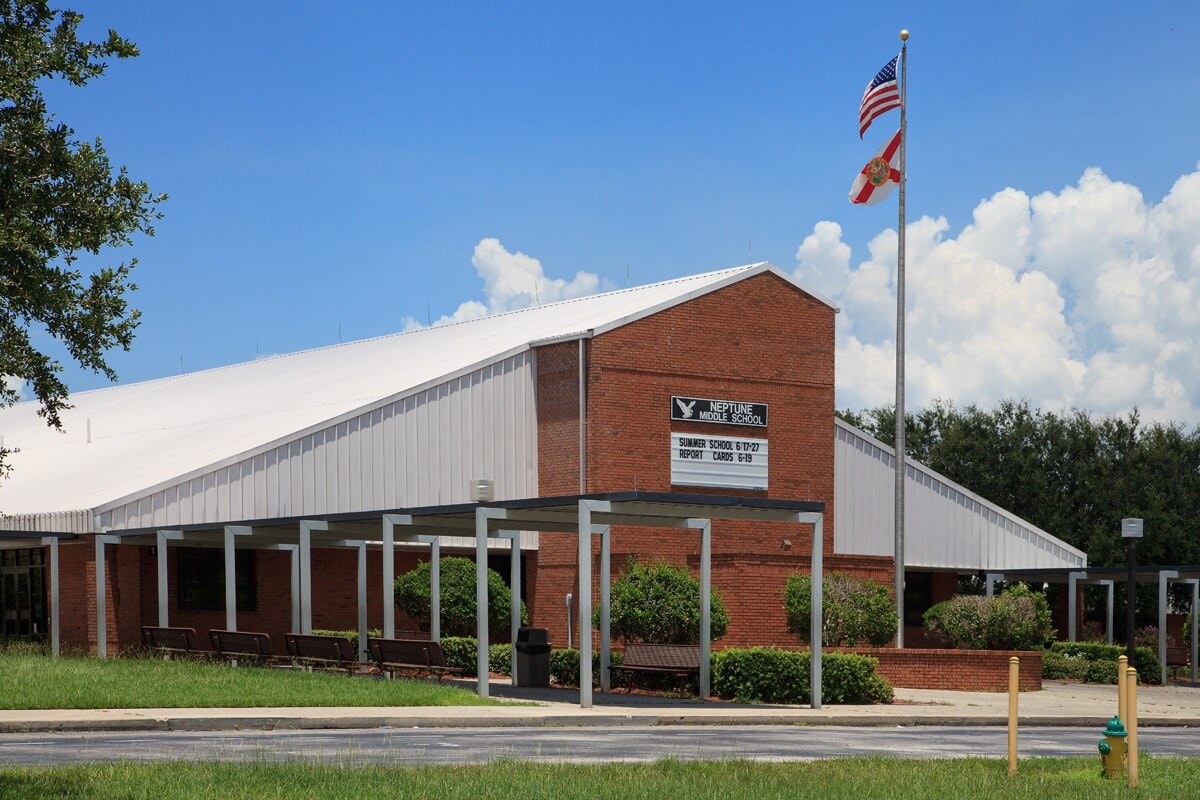 Neptune Middle School in Kissimmee, Florida, was the scene of a controversial display of replica firepower in association with a history lesson earlier this week. (Photo: Osceola County Schools)

An eighth grade history teacher in Florida with over 20 years on the job has been reassigned after she incorporated a prop gun into a lesson on the Revolutionary War.

Osceola County Schools has temporarily barred Gema Evans, a social studies teacher at Neptune Middle School in Kissimmee, from having contact with students. Evans, hired by the district in 1993, was reassigned to a non-teaching role due to an ongoing investigation on her use of what is being described as a “prop rifle” in a classroom for a presentation on the American War for Independence.

According to school officials, the prop did not have the mechanics to fire.

As reported by WKMG, Evans was reassigned after students came forward with concerns. Local law enforcement were called in to investigate and took a report, though it is not clear whether they will conduct a criminal investigation.

This is not the first time that the district has used an overabundance of caution involving fake guns in school. In 2013, an 8-year-old student at an Osceola elementary school was suspended after he made a gun gesture with his hand while playing cops and robbers with fellow classmates.

“There was nothing in his hand,” said the boy’s mother, Bonnie Bennett. “He used his thumb and index finger. It was a game. He made no threatening advances or threats to harm anyone. No words were said.”

It was that incident and others that led to legislation being enacted into law earlier this year to help allow children to be children when they play on Florida’s school playgrounds. That bill, HB 7029, commonly called “the Pop Tart bill” — so named after a similar incident in Maryland saw an 8-year-old suspended from school for chewing a Pop Tart into the shape of a gun — loosened the zero tolerance guidelines for educators and students in terms of simulated gunplay.

Now, gun rights advocates in the state fear that school officials may have found a new target.

“Florida passed legislation to stop school administrators who lack common sense and rational judgment from abusing children and now they have turned to abusing teachers,” Marion Hammer, president of the Unified Sportsmen of Florida and past president of the National Rifle Association, told Guns.com. “How much more absurd can it get?”